How Tara Anderson Got Started in Public Radio

How Tara Anderson Got Started in Public Radio 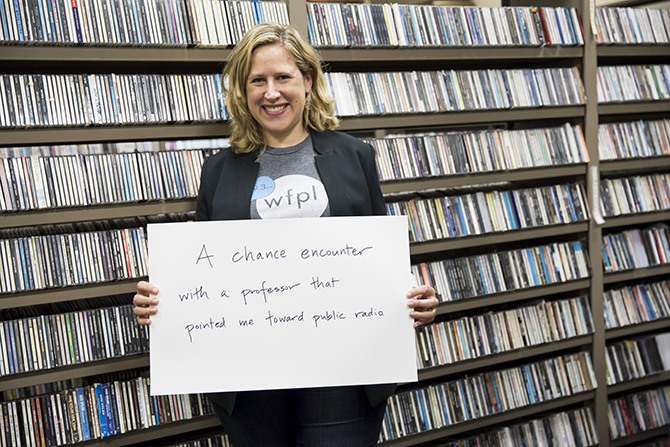 It is amazing how many times a chance encounter or an offhand remark can turn one’s life in a different direction. For Tara Anderson an encounter with a previous professor sent her from a career in classical music to a career in public radio. It also paved the way for a chance to live in New York City — an adventure in itself.

On the road to becoming a classical singer, Tara majored in music performance at the University of Kentucky. She also listened to her father who thought she needed to have a backup degree, just in case, so she added a journalism major as well.

“That was supposed to be the money career,” she says with a laugh.

Tara, who grew up in Louisville and Lexington, did go on to get both degrees. She says, “I wanted to sing 200-year-old music. After I graduated I helped manage UK’s opera program. It became clear to me that I wasn’t going to make a living out of singing. I don’t have that big of a voice. I had a chance to audition to be the conductor of the UK orchestra. I was offered the position and after leaving the audition I ran into my former journalism teacher Maria Braden. She congratulated me on getting the conductor’s job and said, ‘Oh, you would be great at that, but have you ever thought of working in public radio? I think that would really suit you.’”

Tara thought she just might enjoy that. “My friends who were having success in their music careers were very narrowly focused. I didn’t have that singular focus even though I wanted to. I had too many other things I was interested in.

“When I got home I got online and found a graduate assistant position open at Fordham University that included working 20 hours a week at WFUV, the university’s public radio station. I applied for the position and got it and earned my master’s degree in communication from Fordham.” 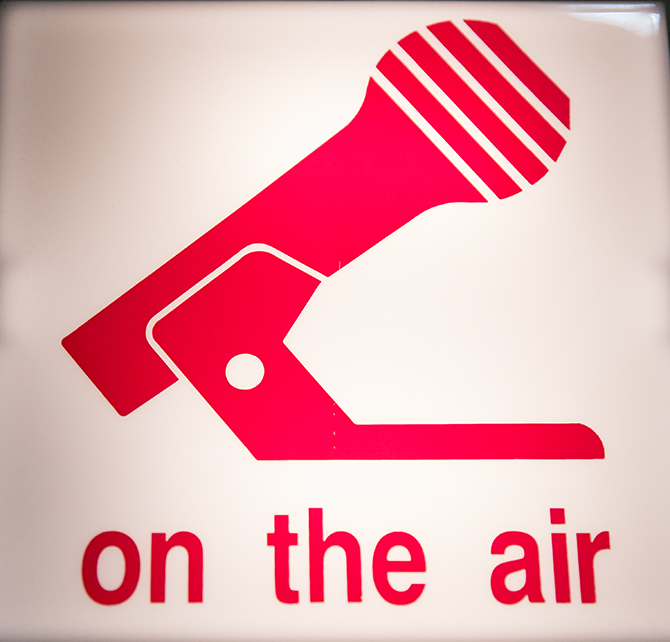 Upon graduating in 2001, Tara was offered a full-time position with the station as assistant program director and producer along with other responsibilities.

“At the time, my husband Alex and I were living in a one-bedroom apartment in the Bronx. Once our daughter Maya, who is now 8, was born, it became apparent to us that living in New York City was just not working. We made the decision to move back to Louisville in 2009. Our day-to-day life is much better here. Louisville is so interesting, and there is so much going on. I don’t feel like we’re scrambling so hard to stay afloat.” 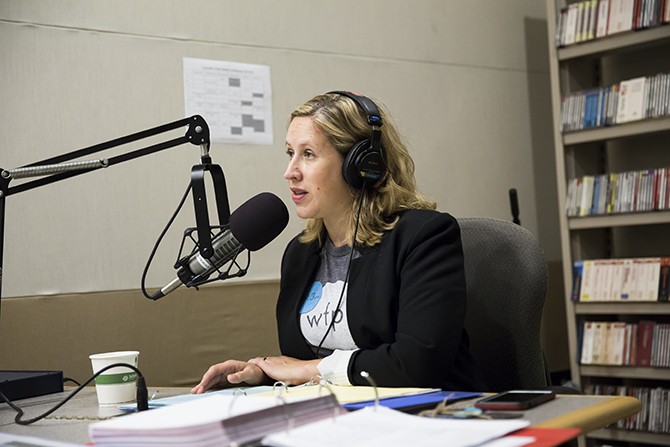 Once again in Louisville, she began working part time for Louisville’s public radio stations: WFPK, WUOL, and WFPL. She is now contributing editor for WFPL and is the producer and host of Five Things, a weekly podcast.

Tara is also the moderator/host for The Moth StorySLAM held on the last Tuesday of every month at Headliners Music Hall. The participants have five minutes to tell a true story, and a panel of judges selects the winner. (You can listen to The Moth Radio Hour on 89.3 WFPL each Saturday at 3pm.) 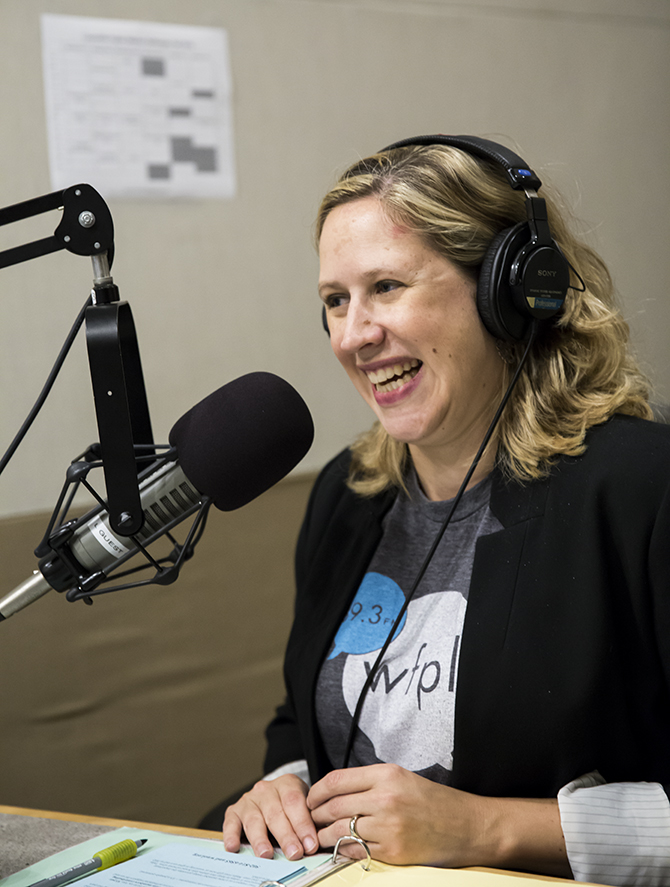 It was that chance meeting with Maria Braden that set Tara on the career path that she has, as she says, “loosely followed.” But more importantly, she adds, “It was the first time that I moved away from home. I think that’s an experience everyone should have. It benefited me so much to be an outsider. I was a Southerner and people thought me exotic. The experience of picking up and moving to a brand new place was so valuable. It’s not about the place you are or the place you want to go, but just the going somewhere different and experiencing the people who are different. It is a truly valuable experience.”