How She Promotes Peace

How She Promotes Peace 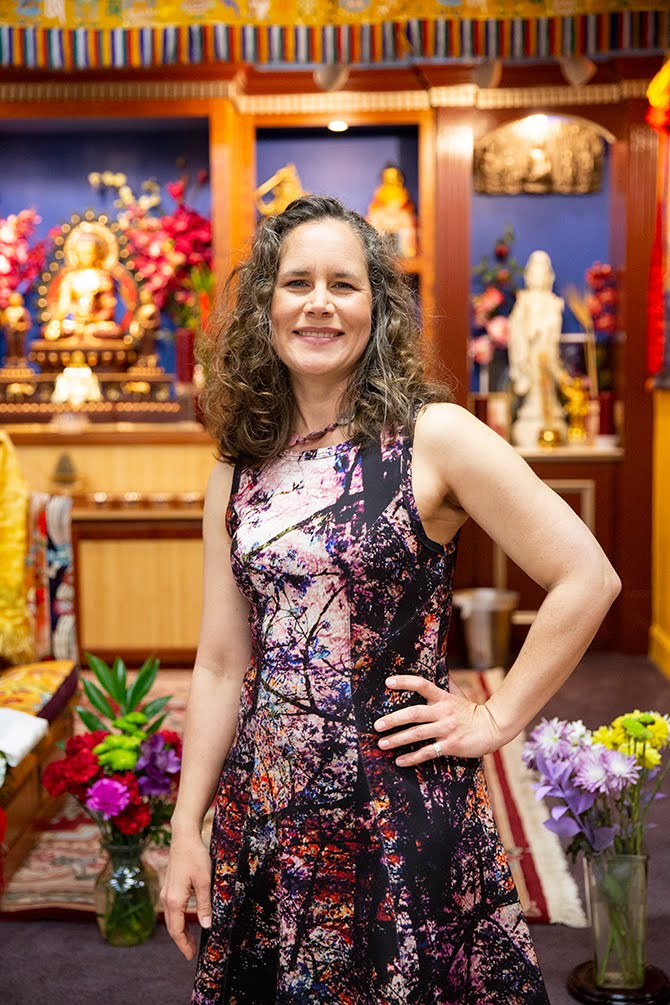 Cory Lockhart was only 3 years old when she first traveled internationally. Since that time, the teacher, writer, public speaker, and peacemaker has visited and performed on-the-ground human rights and charity work in a number of countries, including Guatemala, Belize, El Salvador, and Palestine. At the foundation of all she has done is an emphasis on peacemaking and service to others.

“My parents put a lot of value on it, and it was just part of what we did,” says Cory, a native of Louisville. “My parents were always doing things to take care of other people. We bought coats for kids who needed them at the elementary school where my mom worked. My dad worked at Home of the Innocents holding babies for many years. My sister went to Appalachia to help people there. I love seeing the beauty of other places, of other people. I love seeing cultural differences, yet at the same time wherever you go, people are people, with the same fears, loves, and desires,” Cory says.

This philosophy has driven the 45-year old down a career path that includes ministry, speaking, writing, and spiritual teaching for children and adults, with a focus on social justice and nonviolence. A turning point for Cory came when she visited El Salvador at 19 while she was getting her bachelor’s degree in linguistics at Northwestern University in Chicago. “When my parents asked me to go, I was the kind of person who said ‘yes, of course I want to go,’” Cory says. “But I had no idea how going to El Salvador would be different than going to Europe.” There, she was exposed to abject poverty and a population still reeling and healing from a civil war. 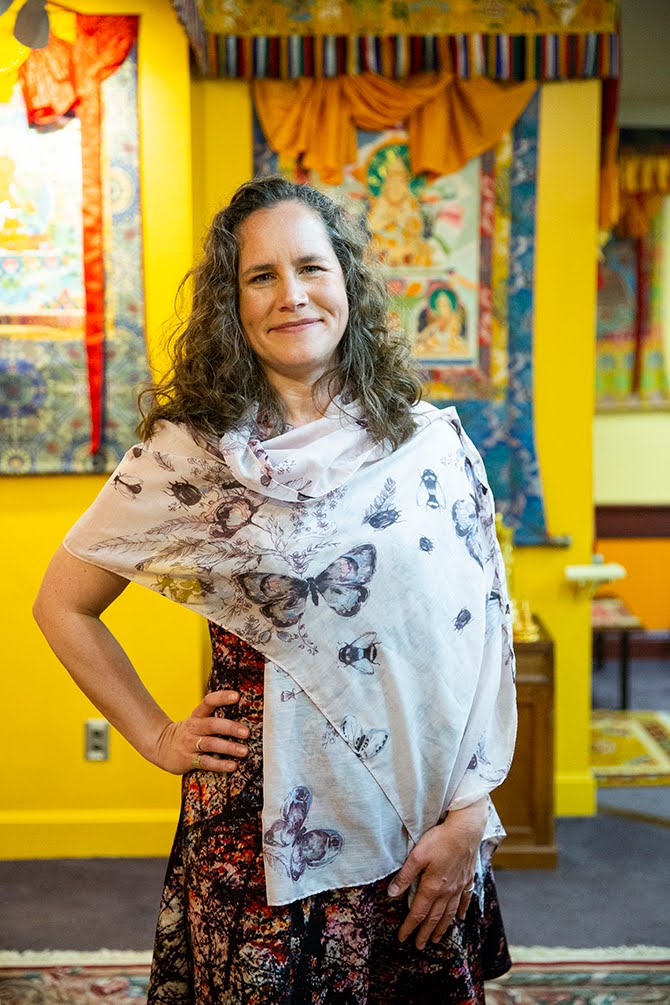 She also worked in Guatemala for nine months as a translator and administrator, taught elementary and middle school Spanish at Walden for six years, and then went to teach at Trinity High School, a seminal moment in Cory’s career.

“It was wonderful to teach them because I was teaching Morality and Social Teaching, and for these boys, it was the first time they were thinking about these issues. My philosophy was, ‘Let me expose you to this stuff and let you think about it. Let’s dig in and grapple with its complexity, rather than let me tell you all the knowledge I have you need to know.’ Watching them and giving them space to process that was a gift.”

At the same time she arrived at Trinity, Cory completed a program through JustFaith Ministries, which prompted her to pursue her master’s in spirituality at Bellarmine University. “Going through the JustFaith program was a major deep dive into my own faith, and I started going to St. William Catholic Church, a wonderful small community focused on peace and justice. The first time I went there, I knew I was home,” Cory says. 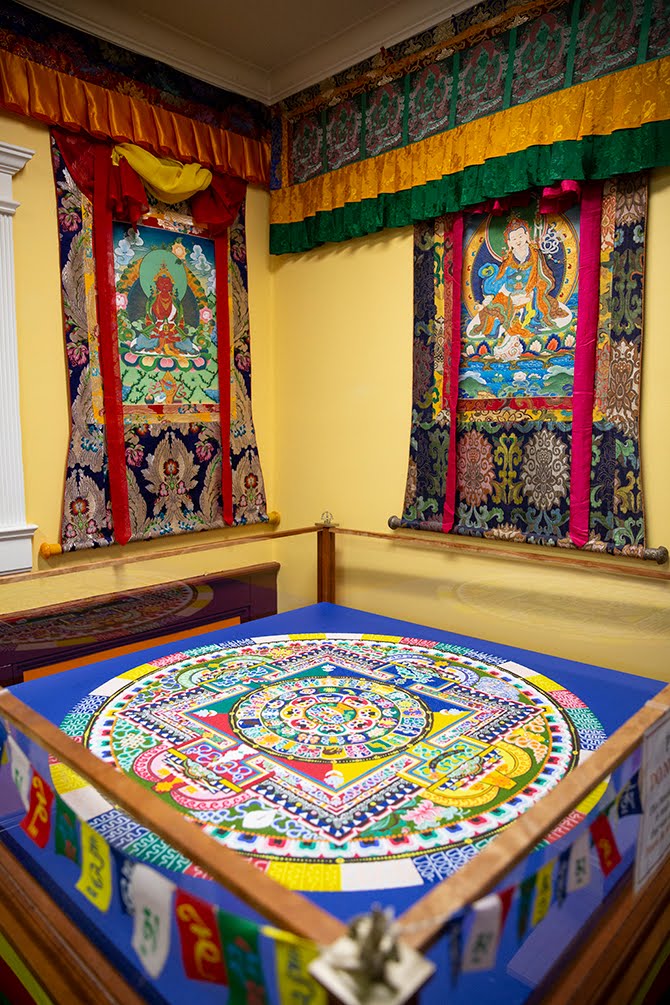 In 2011, Cory was prompted to travel to India after reading a book called Half the Sky, spotlighting the plight of women around the world and focusing on maternal mortality, human trafficking, and education of girls. “I wanted to work for the empowerment of girls.”

She lived with Indian nuns for three months, teaching sixth and seventh grade English. One group of girls in particular stole her heart. This was a different afternoon group that ranged in ages from 5 to 15 years, and she taught them basic math, reading, and life skills like cooking, sewing, and gardening. “This was going to be the extent of their education. After it was done, they were going to go back to their tiny villages.”

In 2012, she was a volunteer English teacher in Palestine, which led her to complete a month-long training with Christian Peacemaker Teams. From 2013 through today, Cory has made several two- to six-week trips to Hebron, Palestine, doing human rights work. As a monitor and human rights defender, Cory and other peacemakers are present to observe and monitor Israeli checkpoints in occupied Palestine to help Palestinian citizens to conduct their daily lives without violence. Part of her role is to help escort schoolchildren and protect farmers during the harvest. 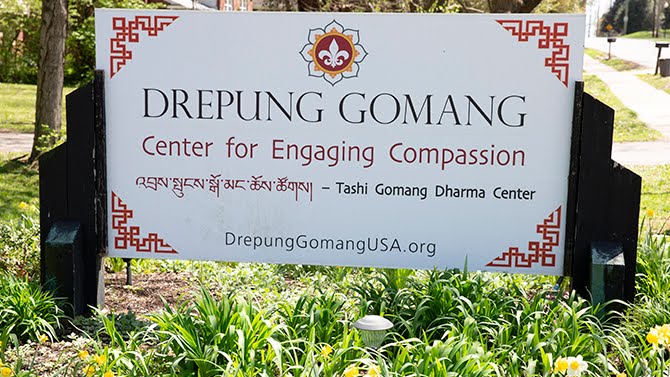 Currently, Cory is an adjunct professor at Bellarmine and teacher at Drepung Gomang Center for Engaging Compassion; she writes for JustFaith Ministries, and has an ongoing commitment with Christian Peacemaker Teams. She facilitates classes and workshops for teens and adults on nonviolence and nonviolent communication and speaks to groups about nonviolence and about her personal experiences.

She recently completed writing the 8-week program Cultivating Nonviolence, Harvesting Peace for JustFaith Ministries, a curriculum and set of materials she developed for use by church communities, schools, or other groups to explore social justice and paths to nonviolence. “I feel like it’s part of my job to share the stories of things I’ve been exposed to that other people haven’t,” Cory says. “But it’s important to do it in a way that we see the humanity not only of those who are suffering from structures of injustice, but also the people who are enforcing the structures.”

Cory said in trying to make the concepts of nonviolence accessible in her teaching, it always leads her back to the same question. “The question is to get people of any age to think, ‘What is mine to do? What is my unique gift that is going to make a positive impact in the world?’ 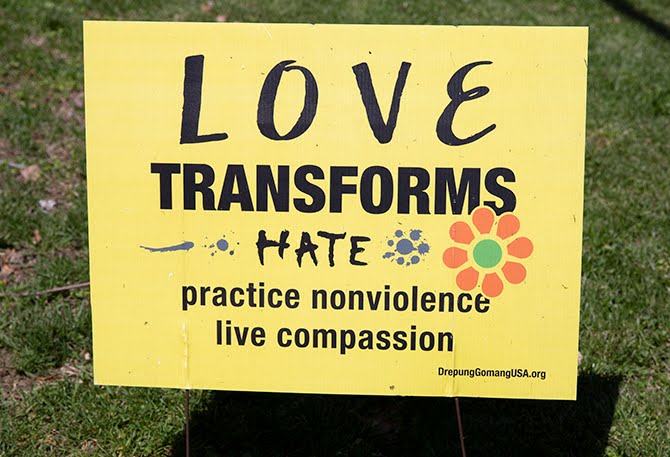 But with so much divisiveness and tragedy, how does Cory recommend we keep from falling into despair? “We talk to people. There are different strategies. For some people, it’s getting back to nature and holding on to this paradoxical notion that on one hand we are nothing, and on the other hand I am this amazing human being with power. In her new book, Brene Brown says the more we can create moments of collective joy or sorrow, it reminds us we’re not alone. When we’re at a concert, for example, there we are, all different but all full of joy and singing the same song. And for collective sorrow, there is what happened in Parkland, Florida. These things help us to remember we’re not alone,” Cory says.

“What is mine to do?” is the question Cory says she continues to ask herself. “I see myself as this vessel. I have all this goodness coming in, but I can’t hold it. It’s got to flow through me. If I can do that, I would encourage other people to allow that too. What we have we have to share, and hopefully that’s goodness.”

Five Things We Can Do to Promote Peace by Practicing Nonviolence