How I Will Raise My Son

How I Will Raise My Son 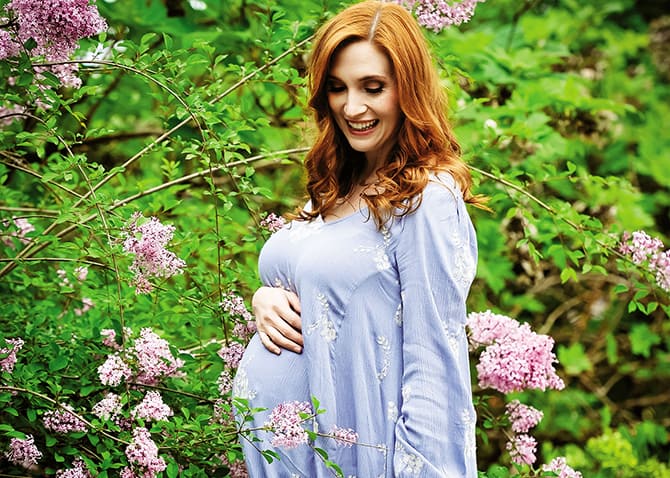 You don’t want to read the list of things I’ve done in the past week. It would take me too long to remember, you’d end up bored, and I’m fairly certain that nesting is a very real super-power. Let’s just say I’ve done a lot to try to be as ready as I can be with a baby so nearly on the way.

I’m having a son. I followed my husband around in the months leading up to when we had agreed to start trying, and I would laughingly whisper “soon.” A month before “go time,” I cried in the aisle at Kroger, reading all the ingredients to prenatal vitamins and trying to pick the best ones to start taking. I had an elaborate, adorable, and meaningful plan for how I would surprise my beloved with an announcement of our pregnancy but the second I got a positive test, I screamed the news at him while he was in the shower. When the doctor called and told me the gender at 10 weeks, I sent the most garishly hideous blue bouquet of flowers you’ve ever laid eyes on to his office.

Let’s back up a tidbit to the weeks that I knew I was pregnant but didn’t know I was having a boy. I wanted a boy. The proper thing to say is that I wouldn’t have cared which gender we ended up with but I had a yearning for a little boy. We already have a daughter, and a cat, and a dog, and tulips in the front yard. Check. Check. Check. Check. It would seem like I only wanted another check off the list, but there’s quite a lot more to it than that.

Raising a girl has been largely about encouragement. I know what it was like being a girl. I know the words one needs to hear. I tell her every day that she’s amazing, courageous, smart, funny, and kind. I stress that who she is and what she does and how she loves are the only important things. I tell her to be strong. I like to think I show her how to be strong, too. I want her to have a fortress built against any attitude she may encounter that will try to undermine what I’m instilling.

But raising a boy? I don’t know what it’s like to be a boy. I do know that my husband was the first man I ever dated that I truly respected, and that’s why I married him. He’s a whole person. I can’t say that I was a whole person when we met. He’s helped me in ways I couldn’t fully explain to anyone else. It started with him trying to give me a foot rub once while I was studying. We had only just begun seeing each other. I couldn’t rest my foot in his hands. Every muscle in my leg was tensed, holding my leg up, suspended, and I stared at him, and he stared at me. I didn’t pull my foot away but I couldn’t give it to him either. That’s really where I’d pinpoint the start of us, and the choice I know he made to be with a stubborn woman. Yet, with an enormous amount of patience and love and a little time, he showed me that I could rest everything in his hands. And, because of how much he’s shown me about love, he can rest everything in mine.

So, I really want a son. I want to raise a son who will grow up to be as good of a man as his father is. Honest. Solid. Considerate. Strong. Passionate. I want the challenge and the adventure of raising a boy to be a man, and I’m eager to get started. I’ve already got the best example that I could hope for.