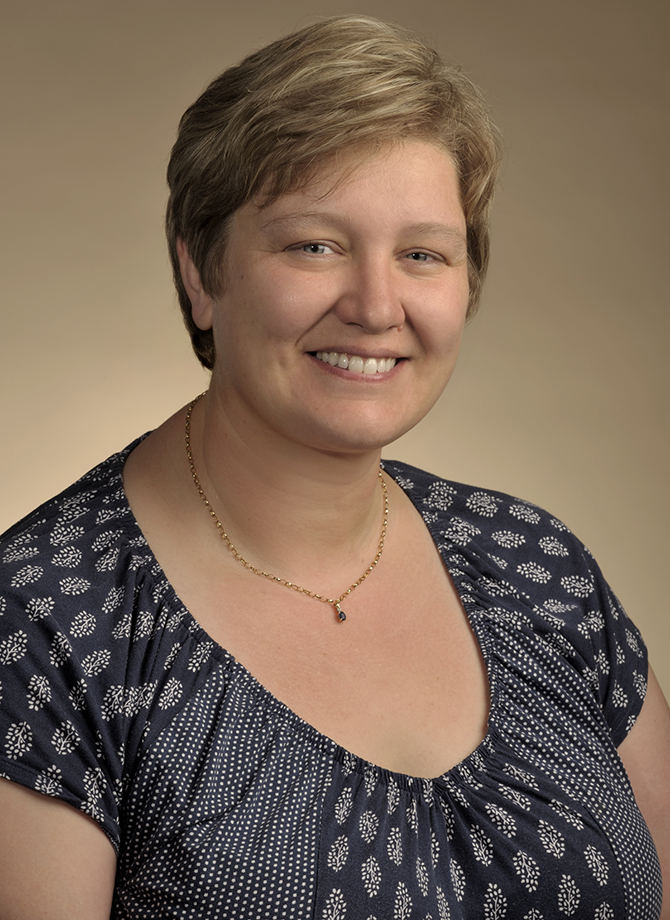 Every day, Dr. Donna Wilcock and her team of researchers at the University of Kentucky (UK) move by milliliters toward the fundamental understanding of and treatment for one of the world’s most debilitating conditions — Alzheimer’s Disease (AD). It’s a progressive condition that destroys brain cells and eventually will wipe out the cognitive function of millions of people, leaving them unable to even dress or feed themselves.

Donna is not daunted by trials and studies that have not worked. She is on a mission. She hopes her work and that of others will find a cure before her twin 6-year-old daughters are grown.

“I would like for my research to contribute in some way to eliminating this disease for my kids’ generation,” Donna says.

A native of Sheffield, England, Donna was inspired by her high school science teacher. “I had a very memorable chemistry teacher in secondary school when I was 12 or 13,” Donna says. “He loved science and it was contagious. He was a big reason why I really became interested in science.” She first completed a bachelor’s degree in pharmacology at Cardiff University in Wales. “That’s where I got the research bug. I did a summer at Cardiff to do epilepsy research because I really like brain stuff. I made up my mind that I wanted to be a researcher, and I knew it had to be brain studies.”

While waiting for an opening in a Ph.D. project in England, she and her fiancé James Haggie came to Tampa, Florida, in the meantime to work, and she worked in neurodegeneration in an Alzheimer’s research lab at the University of South Florida.

“But we loved it,” she says. “I stayed in that lab to do Alzheimer’s research and got my Ph.D. That was 17 years ago.”

After marriage, a postdoctoral appointment at Duke University, and having twins, she was recruited by UK in 2011. “I got tenure last year. We love it here in Kentucky.”

At UK, Donna heads up a lab that works primarily on Vascular Cognitive Impairment (VCI), the second most common cause of dementia behind Alzheimer’s Disease. VCI can occur due to such medical problems as strokes, cardiovascular disease, and diabetes. The elderly commonly have both pathologies — AD and VCI, which greatly complicates treatment and research.

“We are looking at biomarkers trying to identify signatures in the blood that predict how someone’s course of disease is going to go, and what changes the person has in her brain,” Donna says. “We need to be able to have these markers (to see) what is going on in the brain.”

Donna has reached two major accomplishments:
She has found a relatively easy and inexpensive way to mimic VCI in mice, which will help scientists worldwide study the origins of and test for treatments for this disease.

Also, Donna has found that immunotherapy for Alzheimer’s does not work in models where AD and VCI are present at the same time. She is working on other potential therapeutic avenues.

“What we are looking at is not that the drug didn’t work, but why? We have done a study with our mouse model and vascular pathology together, and drugs don’t work in mouse models with mixed disease,” she says. “It may suggest that this finding could be the same for people with mixed pathologies.”

Why is your VCI work so important to Alzheimer’s Disease?
Very broadly, you can have a stroke in the cognitive areas of the brain, so instead of having paralysis or speech problems, you have cognitive impairment. When you look at people in their 70s and 80s with Alzheimer’s, they don’t usually only have Alzheimer’s changes in their brain, they have other changes in the brain, too, such as VCI, which is also contributing to the clinical symptoms. The Alzheimer’s and vascular will come together to give you worse symptoms, and it will be harder to treat.

What is the latest milestone in research and treatment?
There are several. One of the biggest things right now is the much-needed increase in funding. This year, the budget for AD research almost doubled. With the anticipated increase of the $350 million bypass from Congress, the budget will be close to $1 billion from NIH. That’s going to lead us to some wonderful discoveries, and has generated a lot of hope that we will be able to make more breakthroughs faster.