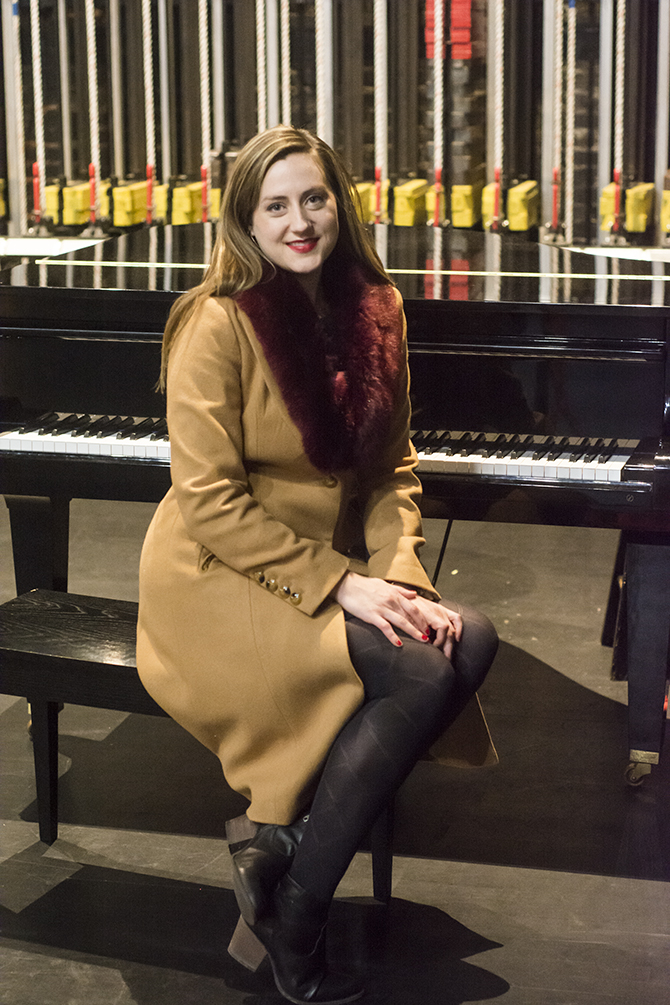 A new year with new beginnings led this creative right into the place she’s meant to be.

Courtney Glenny’s aspirations to be a part of the arts have taken her around the world and back again and led her to her latest career move and a new place to call home.

Courtney is the newest addition to the culture building team at Fund for the Arts as manager of corporate and employee engagement.

It all began in Minnesota where she was born and raised by parents who supported and worked in the arts. Her mother was a theater and music director. “I remember going to work with her and following her around. It was a magical experience to see it as child. It gave me a great perspective to see it from her point of view, from my own on the stage, and now from the audience as a supporter.”

After her earning her undergraduate degree, Courtney pursued her graduate degree in Scotland where she received her master’s degree in European Theater and wrote her dissertation on Shakespeare at The University of Edinburgh. “When I returned to the United States I wasn’t sure where life would lead me but I can say that it’s an adventure. I feel as though this is the southern chapter of my life. I had a chapter in Minnesota, abroad, and now I’m here.”

When asked about reflection and what advice she’d give to her younger self, Courtney says, “Find your people and collaborate often. It helps you grow as an artist and most successful folks have a mentor or communities they are involved with that gave them opportunities to grow. While being an artist often means spending hours alone practicing lines or music, you can’t forget that a lot of art is a team process.”

She’s learned valuable lessons about the importance of dedication and perseverance.

“Actors have to be driven to do what they do. If you’re not motivated, you won’t make it. In the long run if you’re not ready and willing, others will be there and they’re ready to take your spot.”

Courtney is still an actor and has worked with various companies in Louisville.

“Acting prepared me for the role I have now at Fund for the Arts. I have the knowledge through first-hand experience of the importance of the arts in communities. It unites all walks of life through various expressions through different senses.”

This New Year will be an adventure that she’s ready to take with an active role connecting the community to the arts.