What do basketball, bubbly, and bouncing back have in common? They’re sources of strength and positivity for Mo Rose, 102.3 The Max radio host and WHAS11 television news personality.

Mo, a transplant from Illinois, graduated from the University of Illinois with a degree in broadcast journalism and arrived in Louisville in 2012 where she began working for 99.7 WDJX with Ben and Kelly in the mornings.

“It was a great way to wake-up the city with our morning adult beverage celebrations and laughs to get people out of the door and on their way to work,” Mo says.

And of course, this involved Mo’s favorite beverage of them all: champagne. She celebrates with it on Thursday because “Thursdays deserve it.” And because every other day deserves bubbles, too. “It’s one of the happiest drinks on Earth.”

Mo says her love of champagne began at 6 months of age. “Well, it was a small taste as a milestone marker tradition in my family, and then I had to wait till I turned 21 to finally celebrate that love connection.”

However, her favorite team outside of the basketball belt, she says, is the University of Illinois in Champaign-Urbana, and she laughed at the champagne reference.

“Their last national tournament game was in 2005. It was the year my house burned down, but it taught me a lot about letting go and bouncing back with a positive mindset. Less is more, and I intend to keep that lesson with me forever.”

Bubbly for basketball watching tips: “Chandon is my go-to for any game, but if it’s a national championship game and Illinois or Louisville are making an appearance, go big with a magnum of Veuve.” 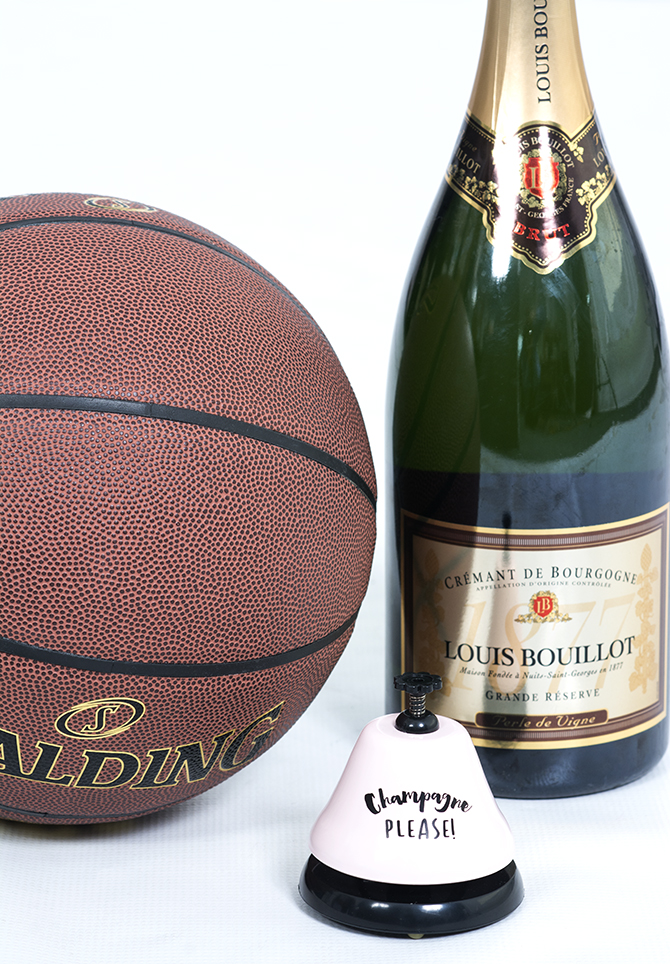