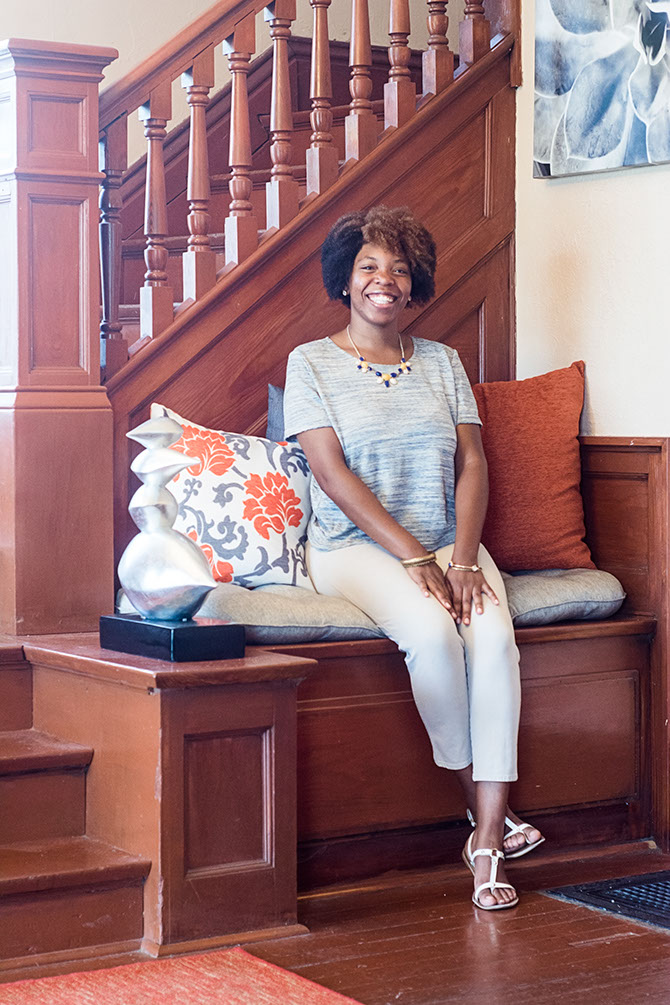 I imagine you have heard about one of the most internationally known nonprofits, Habitat for Humanity. But not-so-common knowledge is that the founders of the homebuilding charity — Millard Fuller and his wife Linda — decided to cut ties with the organization after continual disagreements with new leadership. Their split with Habitat for Humanity gave birth to The Fuller Center for Housing in 2005. Built on the same philosophy, The Fuller Center offers a grassroots approach to building and renovating homes, extending its services to 16 countries and several pockets of the United States.

One of those pockets happens to be Louisville, and one of the people who can speak on the success of the program is Whitney Whitehead. She was first introduced to The Fuller Center as a staff member of Greater Louisville Youth for Christ. After expressing her concern about her dangerous living quarters to her director, he advised Whitney to fill out an application to purchase a home, and since then The Fuller Center has helped her every step of the way. “I have been impressed with everyone’s diligence in their involvement to help me move forward with the program. Many times, I’ve asked questions to check on my status, and their patience is remarkable.”

When Whitney realized her current paycheck wouldn’t sustain an additional mortgage payment, she decided she could guide others who are in the application process. When she was notified that her apartment complex was to be torn down for a renovation scheduled for 2018, Whitney used the news as motivation in the workplace. “I have received a raise that will get me where I need to be for approval with The Fuller Center. So as I continue to grow and wait, I continue to tell people about the Fuller Center and how I can help them with their application.”

A benefit of owning a home through The Fuller Center is the no-interest mortgage. Instead, there are other strategies that implement investment and responsibility. Among other payment programs, “Sweat Equity” means that the family who will occupy the house can volunteer a certain number of hours in the build-out that goes toward a price reduction.

You can sweat alongside the future homeowners as a volunteer. If building isn’t your thing, you can always donate, become an advocate, or start your own chapter.