Four months, eight countries, six small suitcases, one trip of a lifetime. These are the numbers involved when turning a dream into reality.

Megan Ward, a practicing family nurse practitioner, and her husband Scott Barber recently completed an epic family travel experience, snaking their family of six — yes, I said six — through the cities, valleys, and beaches of Southeast Asia. While most children were gearing up for state testing and end-of-school activities, their four children, ranging in ages from 9 to 15, were learning Thailand’s transportation systems. They took a sleeper train from Bangkok to Chiang Mai, where they learned to hail a 10-seater taxi. They shopped in markets with the phrases they learned in various languages the night before, ordered dinner, converted money, and took traditional Thai cooking classes.

Over the course of their four months homeschooling abroad, Finley (15), Whitman (13), Lachlan (11), and Zaylie (9) researched the world’s religions while in mosques, studied Hindu iconography in Bali, and celebrated the Thai national holiday, Songkran, by honoring the tradition of cleansing ancient Buddhist statues with water. (The kids joined in with the locals and used water guns.) They snorkeled from a liveaboard boat outside Indonesia’s Komodo Dragon National Park, swam under waterfalls, marveled at new foliage and fauna, and, most importantly, learned to step outside their comfort zones. In each of these diverse settings, they journaled their experiences every day, contributed to the family’s blog Lemons to lemonade2017, and read books from the Louisville Free Public Library on their Kindles.

The idea for this trip began long ago. Megan and Scott wanted to take their tribe abroad, but the logistics seemed insurmountable. How would they put Scott’s law practice, Megan’s patients, their home, and the children’s school on hold to travel the world? But, in 2014, a life-changing event helped put the dream in motion. Scott was diagnosed with Parkinson’s, and a year later made the difficult decision to take early retirement from his law practice. “We had a wake-up call. We had to decide what we wanted out of our life. This disease has no cure and it will progress, so we knew if we want to make this dream come true, we had to make it happen,” Megan says.

So, the couple began the planning stages of their big adventure. Originally, the plan was to have Megan work remotely, but she found that this limited the scope of their travel due to bureaucratic and language barriers (she would have to work where she could speak English and many countries don’t recognize the role of nurse practitioners). Ultimately, Scott and Megan found a solution: they’d rent out their Highlands home on Airbnb to help fund their travels, and that would finance this dream. Scott’s stepmother managed the property (which rented every day aside from one weekend), and the rentals were able to pay for the entire trip.

Piece by piece, the plan began to unfold. Megan’s partners were willing to cover her patients, and Norton’s was supportive of her time off. Scott’s secretary took their dogs. As far as schooling, Scott and Megan unenrolled their children from JCPS and officially home schooled them. Each principal (from three different schools, mind you) was supportive of the educational enhancement and agreed to save their spots. “The village was big. Everyone was so supportive,” Megan says of all the encouragement she received in order to pull off a plan of this magnitude.

After working out the “how,” they were then faced with the “where.” “A whole new world opened up if I didn’t have to work,” Megan explains. “We had a few criteria: a place where we had never been, somewhere we could live cheaper than in the U.S., and a place where we’d be immersed in a rich cultural experience. We wanted to go to a place where the different languages, cultures, and religions might make us feel a little uncomfortable.”

Scott and Megan narrowed their choices to South America, India, and Southeast Asia, but decided on the latter because it was most likely a place their children would never be able to see again. Truly once-in-a-lifetime. The couple then planned the first 12 days of their four-month trek, but kept the rest open and flexible. Once abroad, they were surprised at how inexpensive flights were (many flights they purchased for around $20). Typically, they booked travel and hotels one to three days prior and waited to temper the mood of the brood before deciding on the next location. Southeast Asia is hot and the cities are crowded, so the family peppered in plenty of beach time or places in the countryside to balance out their congested city travels. Amazingly enough, the family of six was able to visit eight countries without breaking a bone, losing a bag, or getting sick — despite the fact that two of the Barber children have severe nut allergies. Megan laminated a list of their allergies, translated into several different languages, to hand to servers across the region. She packed loads of EpiPens, but didn’t have to use a single one.

While Megan is still trying to figure out her favorite part of the trip — was it the snorkeling in Indonesia off a liveaboard or the seven-hour trek through Vietnam’s Sapa Valley? — she is certain of the impact this trip had on her family’s perspective. “We truly gained appreciation for each other. We bonded because we were all put in uncomfortable situations and had to rely on one another, sometimes, just to cross the street. I was able to watch my kids in all of these new environments, to witness their exposure to different cultures and religions; was able to see their individual strengths in how they navigated each new situation. Not only did they gain an appreciation for what we have at home, but they realized people all over the world have a lot less than us, and (the families) are truly happy with having less.”

Accommodations
The Ward/Barbers stayed in hotels, hostels, and inns. They were able to stay in most places for around $100 a night. Sometimes, due to the size of their family, they had to rent multiple rooms and divide the family up into pairs. They used the independent travel website Travelfish.org to help plan their destinations and accommodations. Once Megan arrived at a new location, the first item on the agenda was locating a neighborhood laundress. Since they packed light, laundry was a necessity and the washer/dryer combos left their garments a swampy mess. Megan discovered that locals will launder your clothes and charge by the kilogram. This service was invaluable. 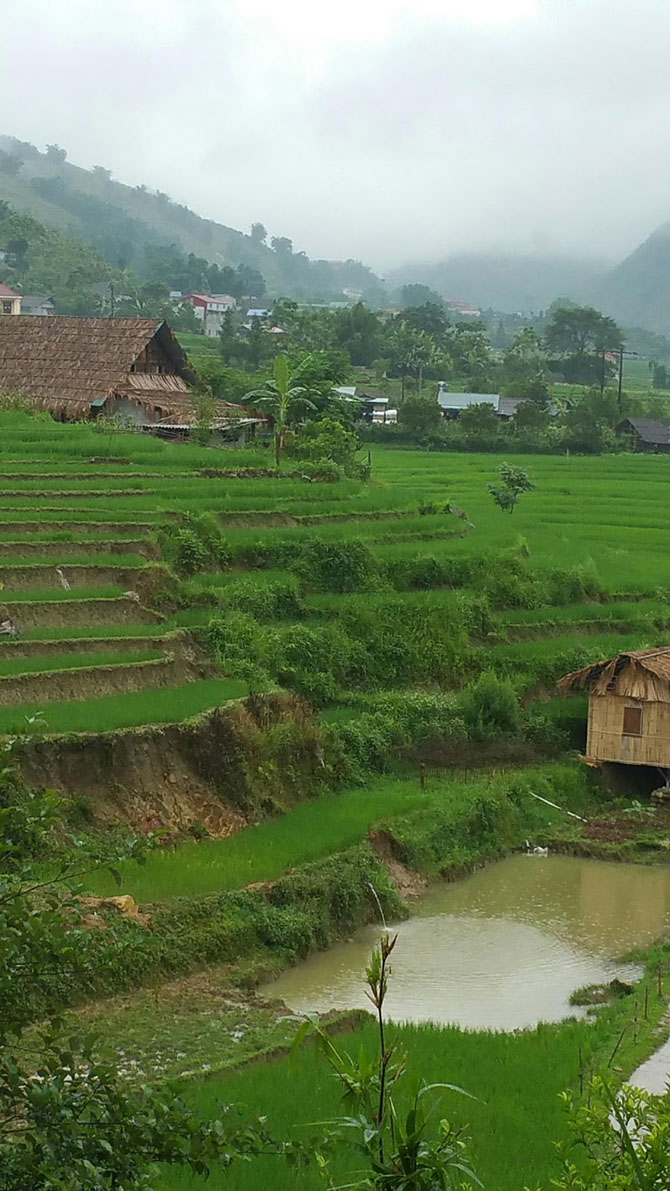 What they packed
Megan dispersed EpiPens, antibiotics, hand-sanitizer, Kleenex, and Scott’s extensive medications throughout all the luggage. Each traveler carried a small carry-on that included a Kindle, a journal, and a tablet (where the kids accessed Kahn academy, blogged, and conducted research), as well as one small rolling suitcase that contained:
1 pair of long pants
2-3 pairs of shorts
4 t-shirts
1 long-sleeve shirt and one hoodie
1 pair of sneakers and 1 pair of Chaco sandals
1 bathing suit

Items were purchased and purged along the way as needed, but the biggest commodity abroad happened to be sunscreen. Megan says sunscreen was oftentimes $30 a bottle, more than airfare within the region. 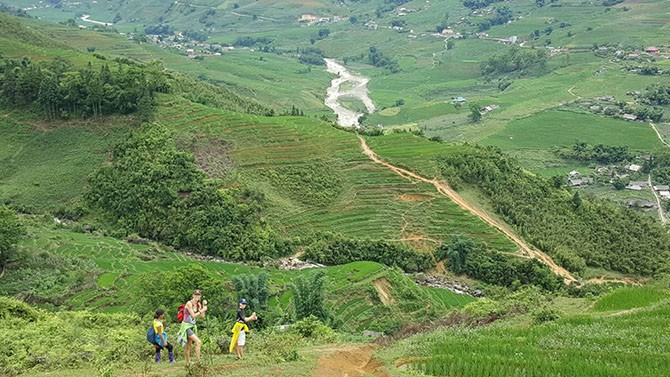 Not to Miss
Megan’s favorite was Vietnam, where her family trekked through the Sappo Valley with a native hill tribe. Their guide for the seven-hour hike was a young native woman who taught herself English and helped them navigate the rice paddies and steep, muddy terrain. Women and children from the village converged on the family, teaching them how to make jewelry with the ferns and fauna they gathered along the way.