“A home has to reflect your heart; otherwise you’re living in somebody else’s house.”

“A home has to reflect your heart; otherwise you’re living in somebody else’s house.” 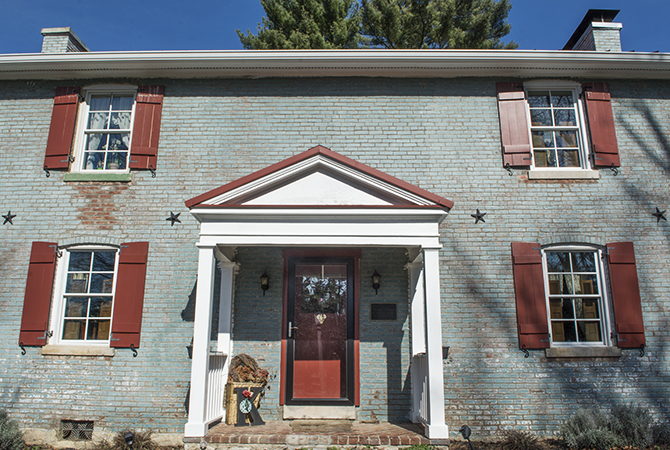 Does Home Goods call your name? Do you find yourself lost in the decor aisles at Target? Me, too.

The newness and the prices are so tempting. Plus the styles are on trend for interior design so they’re hard to resist — until you chat with Ania Krejci. Her convictions on interior design made me think twice about how I decorate my home.

“If you buy something at Ikea and think ‘this will do,’ then get home and put it next to something you find precious, it does not work,” says Ania, who adds that in buying, the “why” is just as important as the “look.”

For Ania, living beautifully isn’t trapped in layers of aesthetics. It goes much deeper than what the eye can see to what the soul craves. It’s about history and function as much as it is colors and trends.

Ania’s background as a real estate agent in Poland sparked her love of old architecture and a penchant for interior design. She finds Louisville to be a source of inspiration. “The largest accumulation of Victorian architecture is here in Louisville,” Ania says. In Europe, she says you’d need to travel to several cities to see the variety of architecture you could view in one quick trip down Third Street. “I was amazed to see such diversity,” Ania says.

Ania and her husband renovated a Federal-style house built in the 1790s, and she is absolutely in love with it. “It’s my biggest statement as a designer,” Ania says. “It would have been easy to bulldoze the house to build a new home and we would have spent less money,” she says, “but now it’s 100 times better and will survive another 200 years.”

Ania believes living beautifully is about respecting others and the hard work of previous generations. “I like to preserve another generation’s effort,” she says. For example, the couple kept the 225-year-old poplar wood in the home. “We don’t live in museums. This is how history is taught — life changes and life evolves,” Ania says.

It was after this renovation that Ania decided to open an interior design store to provide a place for her skills to call home. Surroundings, located on Frankfort Avenue, offers a lovely mixture of quality, refinished antiques and new items, including Polish painted pottery. “With Surroundings, I can show customers what they can expect of me as a designer,” Ania says.

She recently relocated her store across the street from its inaugural dwelling. “Everything works out for a reason,” says Ania, and she fell in love with her current location because of its original fence from Bernheim Forest. So when the owner called to offer the space, she jumped at the opportunity to cross the street.

The store is taking shape. Ania considers herself “still moving in.” She has plans for a design studio, an outdoor furniture area, and a spot for a garden. “It’s going to be amazing,” Ania says.

As Ania’s shop evolves and becomes her space where she finds beauty, she shares, “Be who you are. A home has to reflect your heart; otherwise you’re living in somebody else’s house.”