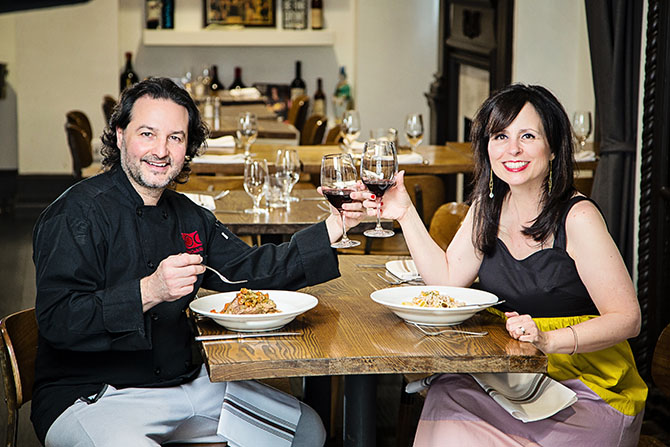 Born in Sorrento, Italy, Rocco Cadolini doesn’t have the same nostalgic love of Thanksgiving food, particularly turkey, as his wife, Stacy, but at their restaurant ROC, they do focus on the seasonal flavors associated with autumn. Of course, in Kentucky, that means waiting until the weather cooperates and feels fall-like. Not everyone wants to eat pumpkin soup or heavy cuts of meat when it is 88 degrees outside.

The Cadolini family’s Thanksgiving traditions have changed over the years. When they lived in New York City, Stacy, Rocco and their daughters would visit Stacy’s dad in Louisville and have a traditional American Thanksgiving. “That’s how we discovered that Louisville was becoming a foodie town,” Stacy says, leading them to decide to move here permanently. Now, their Thanksgiving tradition is to go to Churchill Downs, because they are always busy working at Derby when everyone else heads to the races in May. “The best part of the day is that I don’t have to cook, and my wife doesn’t have to clean. It’s a winner-winner situation,” Rocco says.

Like a lot of restaurant owners, Stacy and Rocco are thankful for their loyal customers who kept them afloat during COVID-19. “The city of Louisville was also very supportive during this time,” he says. Just living in Louisville during the pandemic made things easier, although it certainly wasn’t easy. Still, they knew that had they been living and running a restaurant in New York City, things would have been even more difficult. 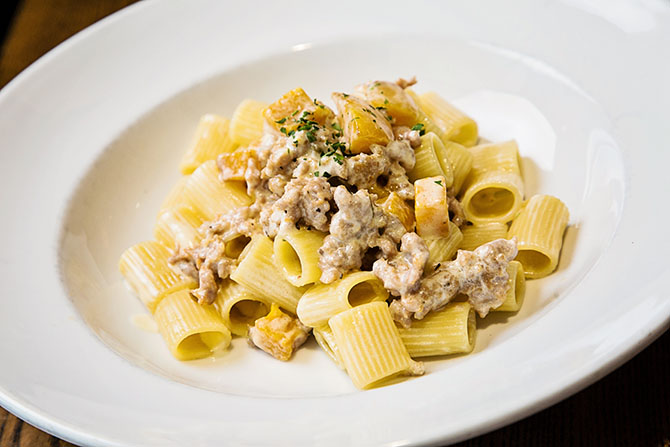 Rigatoni with butternut squash and sausage in a cream sauce.

“We’re thankful we had so much experience with doing take-out. We had our restaurant [in New York] for 17 years. It was upscale dining, but we also had a huge take-out and delivery,” Stacy says. This experience proved essential in the early months of the pandemic when restaurants had to close. “Take-out is a different kind of thing to do. I’m sure a lot of restaurants didn’t do it because they didn’t know how to begin,” Rocco says.

Having lived as New York City restaurateurs during September 11, 2001, the recession of 2008, and Hurricane Sandy in 2012, Stacy and Rocco were able to take a long view about COVID-19. “This was another hurdle. It will pass; we just have to plow through it,” Stacy says. 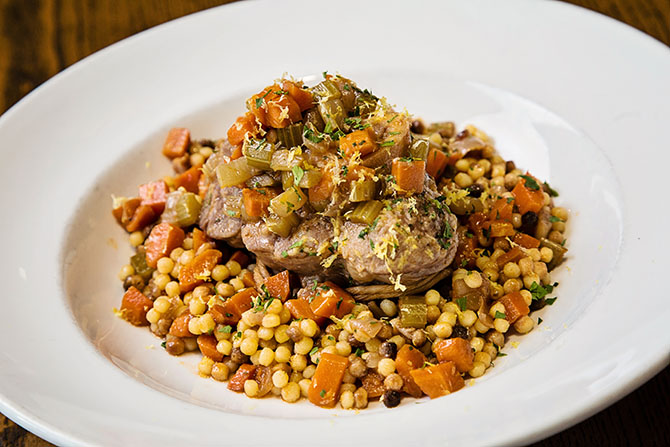