The Year of the Woman

The Year of the Woman 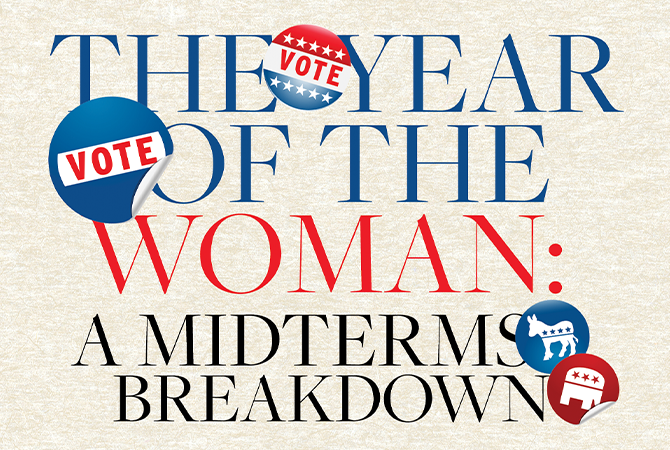 Written by Terrance A. Sullivan, J.D. | Illustration by Branden Barker

The 2022 midterm election is one of the most consequential elections in our time. Sure, people say this seemingly at every election, but this year is different because both literally and figuratively, women are on the ballot. Following the recent shenanigans (to put it mildly) of the Supreme Court, there is no greater call to action around women than this off-year election.

As the national anti-women rhetoric has permeated, so too has the threat encroached upon the local level. One of the largest items on Kentucky ballots this year — and to be considered as you move throughout your selections — is “Amendment 2,” which seeks to remove everyone but the Kentucky legislature (where women hold 38 of 138 possible seats) from the ability to choose what is best for a woman and her health.

The proposed amendment explicitly states that there is no right to bodily autonomy under the Kentucky Constitution. This would ostensibly remove courts from the ability to do what they were created to do and interpret the law, but instead leaving it up to the legislature to determine in ALL circumstances what is appropriate in a health decision.

To further the obfuscation of the intent of the amendment, there is an added little tidbit at the end about not requiring the state to fund abortions (which they never have and can’t). The obvious purpose is to deceptively sway those who may not care much about abortion, but are very adamant that their tax money shouldn’t be used to provide one. Very sneaky.

Of course, the big draw in Louisville politics is the Mayoral race. Since Mayor Greg Fischer’s term is ending, Bill Dieruf (Republican) and Craig Greenberg (Democrat) are vying to be his successor. In a recent debate, Dieruf stated that the women’s choice issue has nothing to do with the race. Greenberg, who has notably been quite vocal about how this race is indeed important on choice, has campaigned that if elected Mayor he would ask the Louisville Metro Police Department to focus on things like rising crime rates instead of arresting people who may seek an abortion.

In the race for the United States Senate, Charles Booker and Rand Paul have long sparred over various rights for women and people in general. Charles Booker has campaigned on championing the rights of women and protecting freedoms and human rights.

This race is important because the key number to protecting the rights of women is two. Two more seats are needed in the Senate to defeat the filibuster, a political ploy created to nullify any meaningful racial equality legislation, and most recently, has prevented any meaningful legislation to codify protections for many marginalized groups including women.

Louisville also has a Congressional election between State Senator Morgan McGarvey and Stuart Ray. McGarvey, like Booker, has long championed women and according to votesmart.org has consistently voted in favor of women’s rights.

While there are many other positions on the ballot like the School Board (very important in the era of discussions about critical race theory), the County Clerk position has two women running for that seat. Another vital position that’s prevalent on the ballot this year are judicial seats.

Judicial elections are complicated. In Kentucky, these are non-partisan races and there are multiple levels. As a bright spot, almost all these races feature women candidates. The difficulty, however, is understanding where these offices impact our lives and their respective importance. District Court touches us the most as they hear the bulk of cases on issues like traffic. Circuit and Family Court hear higher level offenses including familial issues like custody and divorce cases.

Lastly, unique to this Midterm election year are the votes for the Court of Appeals and the State Supreme Court. These races (except Supreme Court) exclusively feature women and include a buddy I went to law school with, Rep. McKenzie Cantrell. Given the state of affairs in women’s rights and choice, these offices are on the frontlines of the battle. The ACLU of Kentucky has put together a very helpful judicial election guide that can further clarify the importance and help you decide who you’d like to support.

It’s safe to say that this election is key to protecting our collective future. Regardless where you stand on the issues, the most important thing to remember is to vote! Election day is November 8th. The polls are open from 6 a.m. to 6 p.m. Be sure to weigh in!