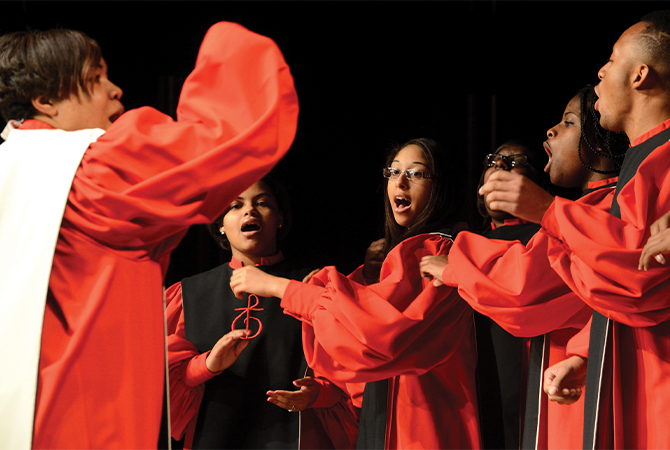 Join UofL’s African American Theatre Program on Monday, January 16th, at The Playhouse for Black Artivism: Changing the World One Performance At a Time,” an hour long celebration of the life and legacy of Reverend Dr. Martin Luther King Jr. The event will include community artists and African American Theatre Program representatives who will use artistic expression to commemorate MLK’s contributions to the world.

Ordinary People, Extraordinary Courage: Men and Women of the Underground Railroad is on exhibit at The Carnegie Center for Art. Based on the book by Pamela Peters titled, “The Underground Railroad in Floyd County (North Carolina, 2001),” the project contributes to the work by scholars such as Dr. Blaine Hudson (1949-2013), whose re-evaluation of the abolitionist movement led to increased interest in the Underground Railroad. The exhibit examines the nature of the anti-slavery community in Floyd County, Indiana, and places it in a regional and national context by describing the social, economic and cultural contours of the Falls region of the Ohio River Valley.

Realtor.com has released its forecast listing the top housing markets expected to see exponential growth in 2023. The good news is Louisville came in the top three. As prices in larger cities skyrocket and interest rates continue to rise, the top 10 markets are poised to see the strongest combined growth in both home sales and listing prices this year. With the median home price in the Kentuckiana region as of November 2022 at $290,000, Realtor.com reports that Louisville and surrounding cities are positioned for a 5.2% increase in sales growth and an 8.4% increase in price. Been thinking of putting your home on the market? Well, it looks like now may be the time! And, if you’re thinking of relocating, the top 10 housing markets in rank order are:

ICYMI: The West End School for Girls is Coming

The West End School, the tuition-free all boys school in the West End, is expanding and will include a girls in 2024. The school announced its plans to open its doors to girls in September and launched their capital campaign to raise $10 million to build a new facility to house the girls campus. The Brown-Forman Corporation, already a champion for the school and a key donor, has committed over $20 million over the span of 10 years so the school may continue influencing the lives of boys and now girls in Louisville. 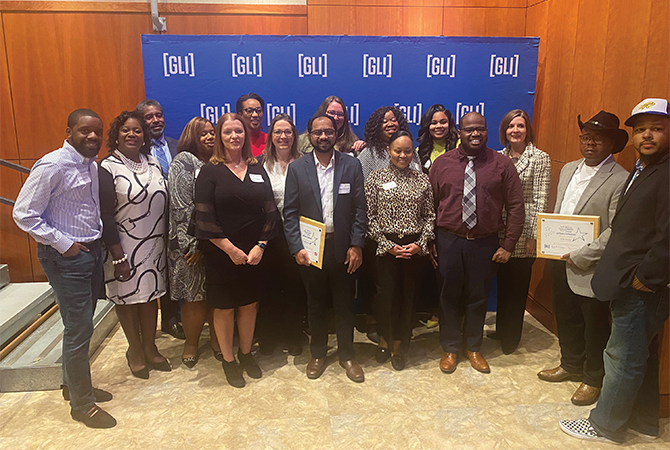 The Launch Code for Entrepreneurs

Greater Louisville Inc.’s Power to Prosper Minority Business Accelerator is now accepting applications for its 2023 Cohort. The program is for minority, women, LGBTQ+, disabled, and veteran-owned businesses looking to take their operations, revenue, and reach to the next level. The program is a $15,000 value but offered free of charge. Previous cohorts have reported significant growth just one-year after graduation, with the first cohort reporting 57% average revenue growth.

Angela Huffman, founder and CEO of Quilted Joy and a 2022 graduate says of her experience, “Through the program, I was pushed to discern what my business needed the most to grow and how to structure those changes. I now have a three-year growth plan broken out into goals and benchmarks backed by solid financial analysis.”

If you own your own business and are eager to grow it, this program may be for you. “The curriculum is only one part of the program because we know access to capital remains the largest barrier to growth for minority business owners,” says Dana Johnson, Senior Director of Diversity, Equity, and Inclusion for GLI. “That’s why GLI is committed to opening doors and facilitating introductions for future contracting opportunities between our participants and some of region’s largest companies. To date, four of our graduates have secured sizeable contracts from connections made during the program.”

Applications are open until February 28 with rolling interviews until the program begins in April of 2023.