The New Face of Wealth

The New Face of Wealth 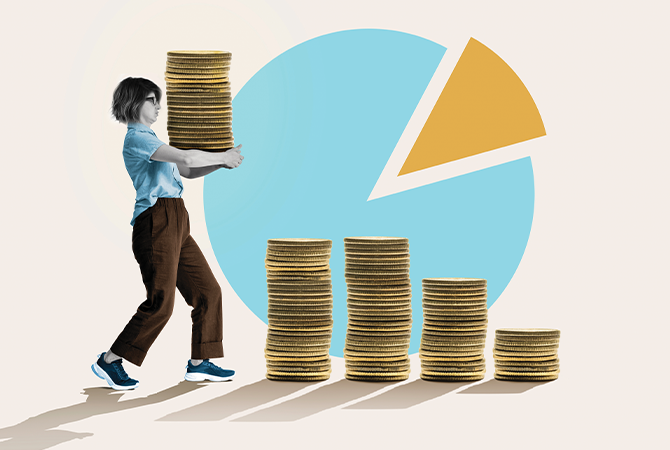 Financial experts predict that women are set to inherit and control approximately $30 trillion in financial assets by 2030. As the new face of wealth will become female, we delve into the importance of wealth planning.

The vast majority of women in the United States have bank accounts in their own name, work and make their own money and can pay their own bills. But in the not-so-distant past, the story was different. In 1862 (a mere 160 years ago), California became the first state to allow women to open up an account under their own names regardless of marital status. Under the Fair Credit Opportunity Act of 1974, women were given the legal right to open a credit card in their own name without requiring a male co-signer.

While the battle over a woman’s right to their own bodies continues and in 2022 women generally still earn less than men, the tide has shifted significantly when it comes to women having the power to control their own money and amass a variety of financial assets.

As further evidence of the turn in the tide, according to research published in 2020 by McKinsey & Company, a global management consulting firm, women are set to become the largest beneficiaries of wealth to be passed down. In what has been deemed “The Great Wealth Transfer,” by 2030 women approximately $30 trillion in wealth will be in the hands of women.

Kristen L. Byrd, Regional President of PNC Bank, says this transfer of funds is the natural transition of wealth as a result of baby boomers (the generation born between 1946 and 1964) aging and passing away and leaving their earnings to the next generation.

“It’s a fact that women live longer than men,” Kristen says. “So when you think about the aging population, spouses and/or children are going to start inheriting this money.” But it isn’t just cash and investments that will transferred over to women. “It might be inheriting a business, a home or equity in a home,” Kristen says.

For financial professionals, this influx of wealth presents a unique opportunity to help women become more financially savvy. “Oftentimes women leave decisions up to husbands or parents. The last thing we want is for anybody to be caught off guard by the fact that they are in control of wealth.”

Diane Kilner, an accountant and partner at MCM CPAs & Advisors, says that in her world, it’s big events that typically lead women to her door seeking guidance on financial planning. “A woman may lose her spouse or parent or end up in a divorce that was unexpected and then all of a sudden they’ve got to figure it out,” she says. “I’ve seen many women over my career that come to me like what do I do now? It’s those kinds of things that kind of smack you in the face. The scarier the event, the bigger the impact and that’s usually when I see women [wanting to discuss] financial planning.”

Kristen adds, “Even if women are relying on their spouse or partner to take on some of the financial responsibilities or decisions, it’s really important for women not to completely step out of those decisions, to still be involved and understand what decisions are being made and why.”

While there are women who are inexperienced with wealth management, it is a misnomer to think that generally woman are clueless about money management and wealth planning. Kristen says women are decidedly different in how they manage their assets; opting to take their time to make decisions and focusing on building a solid relationship with their financial advisor(s).

“Women actually make very good investors. We typically invest based on goals – we’re not making quick decisions based on a hot tip or a reaction to what’s happening externally,” she says.

As a CPA, Diane says that one’s financial aptitude and attitude towards wealth management can depend on their generation. She shared that an interesting aspect of The Great Wealth Transfer is that some of those women baby boomers will be passing down cash and investments they may not have learned to manage themselves.

“When you’re looking at the baby boomers, the men were very much dominant and controlling the money. A lot of those women never held the checkbook. They were not the ones paying the bills. They would go and they would take care of the household and do what they needed to do. But the big picture? They didn’t understand how to manage their money.”

No matter the age or degree of financial savvy of women Kristen says there are some unique challenges women face when it comes to investing and managing wealth. One of those challenges, she says, is retirement planning.

“Women are more likely to take time out of the workforce than men, which translates to not participating in an employer sponsored retirement plan to the degree that a male counterpart would,” Kristen says. “So when that happens, you need more money to last longer, and yet you’ve put less money in.”

In consideration of the challenges that women may face, Kristen says that PNC Bank applies a gender-specific lens to wealth planning and investing which includes maintaining and supporting their Women’s Business Advocates (WBA) certification program.

As a longtime certified WBA at PNC, Kristen says the primary emphasis of the program is understanding the differences between how men and women make their financial decisions. “We train our teams to spend time with women to understand what their goals are and what their entire financial picture is,” she says.

With the Great Wealth Transfer already starting, Diane recommends that women make sure they have their financial team in place which should consist of a banker, investment advisor and a CPA.

“Your banker is going to help you with everyday transactions…if you need a loan or to refinance or consolidate debt. Your CPA can help you pull some numbers together and your investment advisor may have ideas on how to invest the money. We all work together as a team but you’ve got to figure out what the outcome is you’re looking for,” Diane says.

Whether women are inheriting money, taking a more proactive interest in managing their financial assets, creating a business or merely starting to wealth plan, building the financial plan is where to begin.

“When you first start, you may have to get the bills and expenses under control before you can start saving,” Diane says. “Initially you’re gonna have to figure out do I have an emergency fund, of three to six months of bills in a saving account in case of an unexpected health event. Once we have that then we need to look at your debt. Do you have credit card debt that you want to get rid of? Do you have an awful car payment? Once you’ve freed up your budget, then we can start saving that money in a bigger way.”

With inflation and the constant fluctuations of the stock market, Kristen says women actively engaged in wealth planning must understand which products can best help them achieve their financial goals.

“If you’re going to potentially need cash in the next six months to a year, a savings account is a great place for that money especially if you know you’re going to need to dip into that to pay taxes or have a home project or something else come up,” she says.

“But with inflation around 8% right now, you’re actually losing money in the short term. If the money is invested for the long term…if that’s retirement money or a college account and your children are two, you can handle that up and down.”

Kristen adds that it’s important to think about what the purpose will be for the money you are inheriting, managing or trying to save. “Saving money short term wouldn’t take much risk. The biggest risk is that inflation and the dollar not working for you. In the long term, it’s much more appropriate to take on higher risk because you have time on your side to make that up.”

While saving, making and managing investments are essential for wealth planning, Kristen says one of the best ways to create generational wealth and ensure there are financial resources for retirement is by owning a home.

“That’s usually what is passed on from one generation to the next,” Kristen says. “That equity can be used for short term needs, pay for unexpected expenses or college.”

Kristen advises that when meeting with your financial advisors it’s important to think in totality and not just consider how to maximize one investment account over another, but to also think about what may make the sense. For example, she says taking some of your income to pay off your mortgage early may be a wise decision.

“Taking a holistic approach [to wealth planning] is going to ensure that when women live those seven or eight years longer, that they have those assets to live on.” 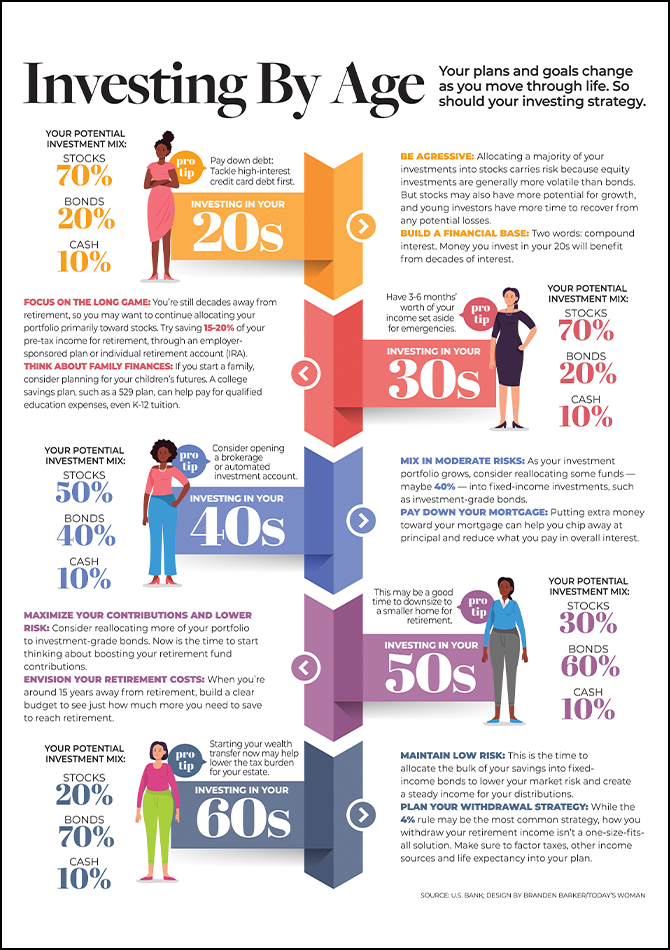