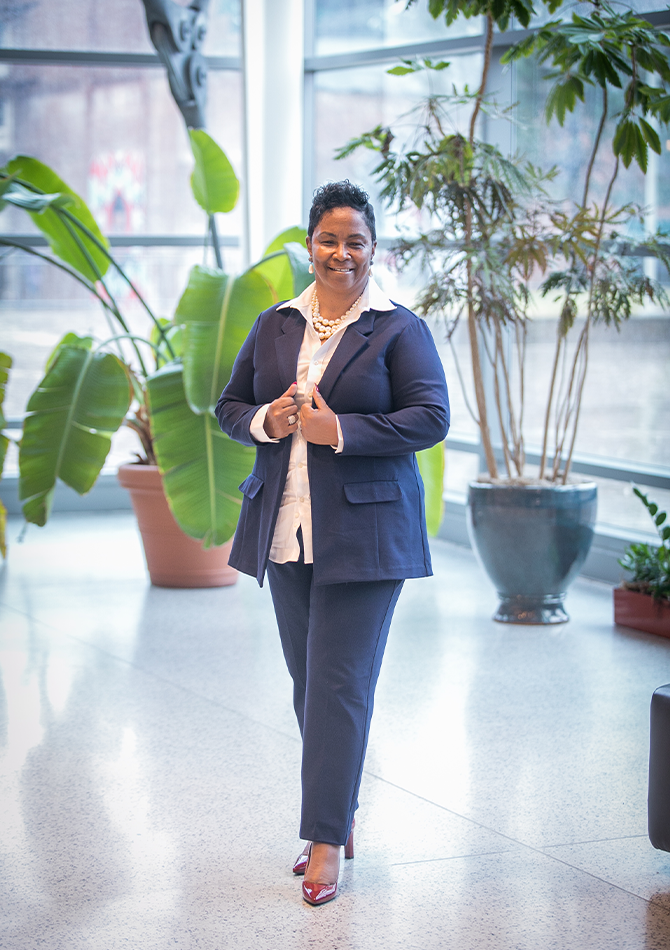 Adjusting to the unexpected occurrences in life can be daunting, but don’t let it overwhelm you – you can get through it.

People start over for many reasons. Maybe you’ve decided on a new career and you’re headed back to school. Perhaps your now adult child has moved out on their own and your nest is empty. Then there are the instances where life unexpectedly thrusts this process upon us. Whatever way a transition enters your world, it can bring with it feelings of hesitation, nervousness, and even apprehension.

When thinking about sowing seeds of change in your life, Sally Connolly, licensed marriage and family therapist and owner of Couples Counseling of Louisville, says starting over can engender many emotions like fear, grief, and even loss. “The emotions experienced will have a lot to do with the reason for starting over,” Sally says. It’s in this space we’re challenged to rise to the occasion and turn our dreams into our reality.

When it comes to taking that first step towards change, Kimberly Moore, public speaker and CEO of Joshua Community Connectors says, “Realize that change is possible. If you’re breathing you have another shot to get it right.” This is a motto in which Kimberly believes. It was in her later teenage years and after the death of her beloved father when she first found herself “getting into trouble.” Now, she uses her life experience to help others by speaking on a national level regarding domestic violence, drug addiction, and community violence.

A common worry when choosing a new start is how to deal with loss. Kimberly says occasionally fear of losing friends or loved ones would surface and this stopped her positive momentum. Her advice here is to realize people who aren’t supportive aren’t meant to be permanently in your life. “I took what I thought was a loss, but they were really gains, you know?” Kimberly says. When dealing with loss, Sally suggests finding ways to acknowledge, honor, and understand your feelings of grief. “Then find a way to let it go and move into the present maybe with dreams for the future,” Sally says. 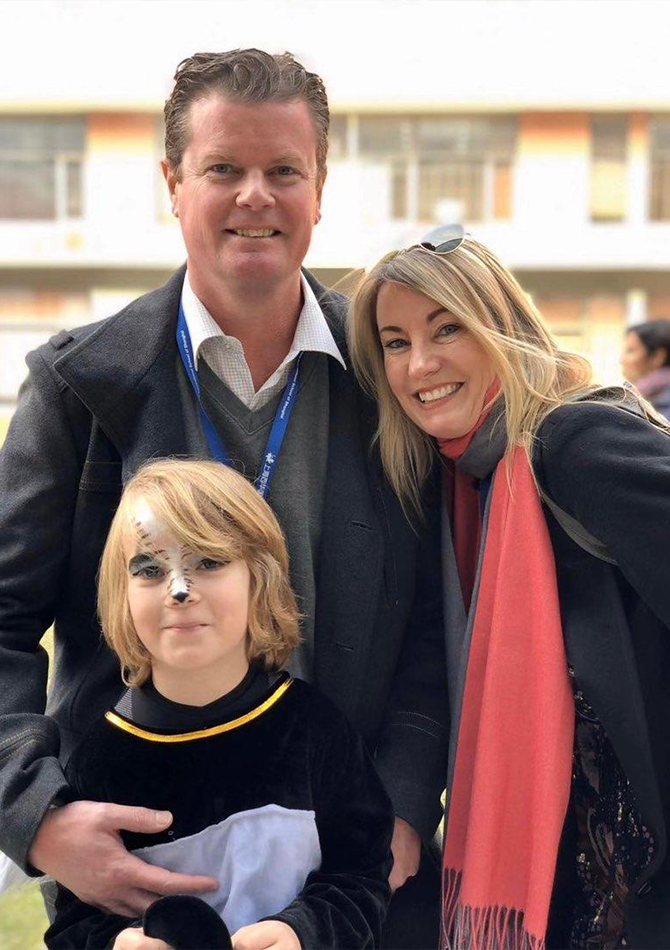 Siobhan Brown, her husband Fraser, and their son Kaden.

Siobhan Brown is a writer who recently made a great change moving from Shanghai to Louisville. For over 10 years, Shanghai was home to Siobhan and her husband. The couple even began their family there when their son Kaden was born, but when her husband was offered his dream job here in Louisville, they knew the move would be a great opportunity for their family.

Siobhan says that moving to a new city and starting over can unpack with it a sense of loneliness. The good news is: This feeling is absolutely OK. “It’s good to feel vulnerable,” Siobhan begins, “Open up to people and tell them how you’re feeling.” Acknowledging feelings of vulnerability with new friends can create real connections. Honesty opens a space for friendship and this allows you to build a great new support system as you move into your new life. 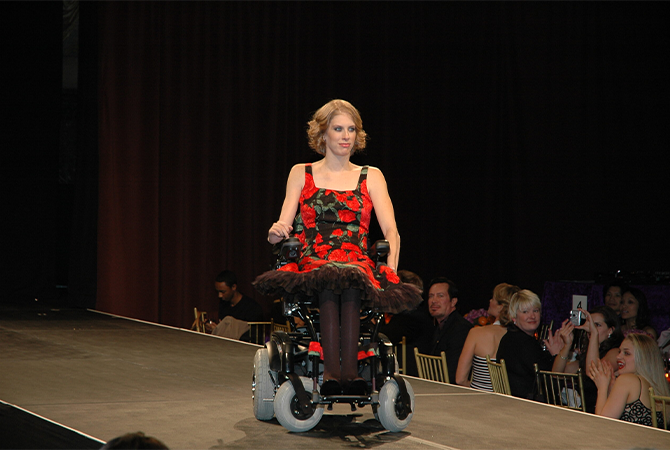 Jenny Smith is on the runway as a model at New York Fashion Week.

Remaining open to change and facing fears can help guide you when starting over and Jenny Smith, the author of How A Wheelchair Has Taken Me Places I Never Dared To Imagine, says, “It was a process of learning to say ‘yes’ and to be willing to take a risk to get to that point.” Jenny grew up a competitive gymnast and explains that when she was 16-years-old, she was outside tumbling, the grass was wet, and her feet slipped out from underneath her. Jenny sustained a C6-7 spinal cord injury leaving her paralyzed from the chest down. Today she has a desire to support people of all abilities through her speaking and writing.

Jenny says, “Change can just be scary and we often don’t see the positives. We only see the negatives.” She goes on to explain that when you actively look for the upsides, the situation doesn’t feel quite as daunting. Feelings of fear can rise due to the amount of vulnerability inherent in this situation and Jenny says, “You have to learn from others, which means being vulnerable.” Give yourself grace while you’re beginning a new way of life and gently remind yourself to step out of your comfort zone. “You’ve got to try something new,” she says. Moving out of your comfort zone allows for greater growth and transformation.

If while you’re out there trying something new a setback should throw you back, don’t panic. “Acknowledge that change is almost always hard and does involve losses,” Sally counsels. She goes on to say that it’s important to recognize the losses and strong emotions that appear and honor them. “No big dream comes without pain,” Sally begins, “dream about the life, job or experience that you want in your future and plan steps in that direction and into that dream.” Kimberly echoes this saying, “Every setback is a setup for the greatest comeback you’ll ever make.” Keep moving forward and “don’t hang out with dream killers” Kimberly advises.

Everyone’s starting over situation has different nuances which make it distinctive, but the fear of the unknown can be a universal experience. In order to support yourself through this change, Sally says to try some healthy self-care like exercise, healthy eating, and supportive friendships. “Check out the (Facebook) online self-help groups. There are quite a few where folks share their experiences, fears, and successes,” says Sally. If you still feel stuck, she says, “Be sure to think things through and try to understand why you’re considering the change.” Sally recommends speaking with a wise friend, therapist, or someone who has walked this path before.

Seeking support from others is one way to help you successfully hit that restart button. This is why Jenny suggests finding a mentor. “Find someone who has already been there and done that to provide support in the here and now,” Jenny says. A mentor can be found through local support groups, religious organizations, or trusted online groups. “You may not even know the right questions to ask yet but this person can provide a wealth of knowledge and information,” Jenny says.

Starting over is very much a process. It takes time and intentionality. “Take the time to reinvent yourself,” Siobhan says. It’s the best time to broaden your horizons and be the person you’ve always wanted to be. And Sally says to remind yourself of all of the reasons that you decided to make the change and focus on the positive in your life because of your courage. Your bravery and forward movement will continue to lead you down your path to change. Remember to be patient with yourself and embrace your vulnerability in your path to starting over. “I won’t allow others to dictate my journey,” says Kimberly, and neither should you.