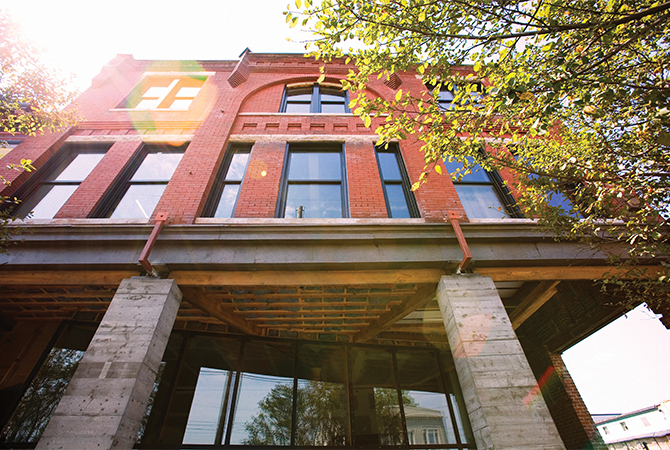 The Green Building, located in the East Market District, was built using eco-friendly materials and operates off of renewable energy systems.

Louisville’s path toward developing a sustainable community has been rocky, but advocates are boldly stepping forward to make powerful changes that will stick.

But what is sustainability and what qualifies as sustainable? Simply put, sustainability means meeting the needs of the present without compromising the ability of future generations to meet their own needs. And while that can mean everything from protecting the soil that grows our food to preserving the coral reef in the ocean to keeping clothes and toys and cars out of landfills, there’s the overarching, urgent goal of keeping the planet from warming 1.5 degrees Celsius above pre-industrial times.

The news stories telling us that this opportunity is slipping away are abundant. The data is clear, yet reducing emissions to slow or stop warming would require political and corporate will that we’ve not yet seen in decades of unwavering climate science. While what happens to Louisville depends a lot on national and global action, Louisville does contribute to and influence what happens elsewhere. 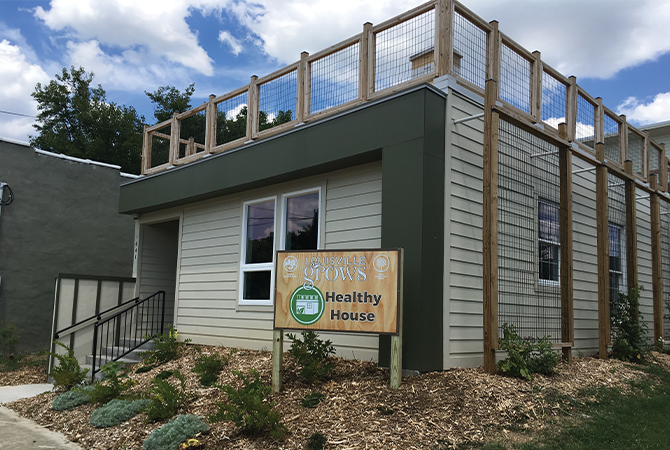 Healthy House is the headquarters of Louisville Grows — a nonprofit organization whose vision is to foster green, just and sustainable communities in Louisville.

So, how are we doing?

In a recent WalletHub study, using data from the EPA, U.S. Census Bureau and about a dozen other sources, Louisville landed on a list of the 100 “greenest” U.S. Cities…at spot No. 91. While Louisville didn’t score anywhere near San Diego for its energy sources (7 versus 92; we rely more on coal than most states), or San Francisco for its transportation (3 versus 55), the city did rank somewhat higher on policy (44). Our peer cities all rank better overall: Indianapolis, 49, Cincinnati, 36, Nashville, 78, Lexington, 53.

Add to that, in another WalletHub ranking, Kentucky placed 41 out of 48 (Alaska and Hawaii not included) as one of the least energy efficient states.

According to data compiled by the research analysis hub Greater Louisville Project, Louisville ranks 10 out of 17 peer cities for percentage of residents who drive alone to work (that would be 82% of us). The city ranked 11 for air pollution, nine for commute time, and six for severe housing problems — all contributing factors of the climate crisis that also disproportionally affect lower-income communities of color.

“Louisville is known worldwide as an environmental justice center,” says Monica Unseld, a biologist and researcher who founded Until Justice Data Partners to get data in the hands of individuals and groups who can make informed decisions and help influence change. “It’s pretty clear that racism and classism have caused the climate crisis.”

In January, just days after several city and state officials signed a letter calling on the Environmental Protection Agency to help prevent chemical disasters, a chemical spill occurred in Rubbertown, in the southeastern part of the city, requiring evacuations in the surrounding area.

Sarah Lynn Cunningham, director of the Louisville Climate Action Network, is very familiar with Rubbertown. After Inside Climate News reported that Chemours in Rubbertown was emitting unchecked gasses — equivalent to the amount of all car and truck pollution in the city annually — she and others in the Louisville Climate Action Network have worked with Chemours management and the Louisville Metro Air Pollution Control District to help the site transition to new equipment and practices that meet EPA standards, which it is set to accomplish by the end of the year.

It’s wins like this that keep Sarah and others going.

In February 2020, Louisville became the first city in Kentucky (and 160th nationwide) to commit to 100% clean energy. This goal, in partnership with the National Renewable Energy Laboratory, means 100% clean electricity across Metro government by 2030, 100% clean total energy by 2035, and 100% clean energy community wide by 2040. 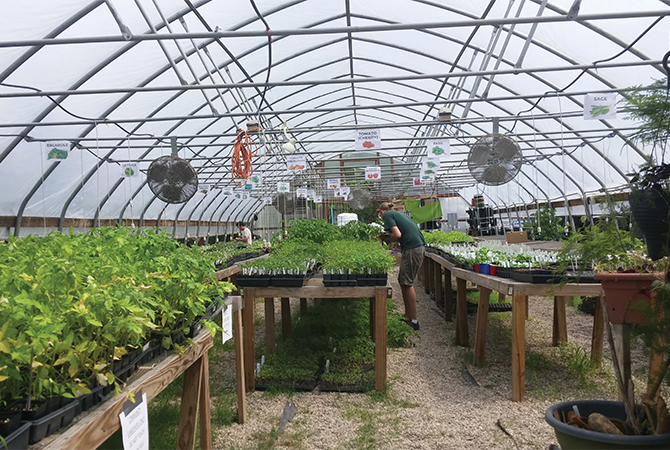 The city’s announcement included this:

Following its sustainability commitment, the city has announced more details, much of it in partnership with the Louisville Sustainability Council, which connects, supports and mobilizes various groups and individuals. These include:

A move to an all-electric fleet of government vehicles, plus a Green Fleet challenge to get other groups to move away from combustible engines. “On-road transportation accounts for 12.8% of greenhouse gas emissions in Louisville,” reads an announcement on the city website.

The movement has a particular focus on low-income communities and brings together church leaders in west Louisville and the NAACP. This year is Mayor Greg Fischer’s last year in office. His overall plan for 2022, which focuses on public safety, includes an emphasis on energy efficient, solar-ready building construction, and electric vehicle incentives and charging infrastructure.

Sarah sees this as more of a goal than a plan. She compares the city’s past actions to Lexington, which voted to self-impose a tax to fund its transit system, whereas Louisville shelved transit in favor of the bridges project. “Those are stark differences,” she says.

And there are some major roadblocks to the plan. WFPL News recently reported that Louisville Gas & Electric and Kentucky Utilities (the state’s main energy supplier) plans to burn coal for another 40 years. The story reads: “Nearly 75% of (the state’s industrial) emissions came from power plants. More than 40% of the state’s total emissions came from just one company: Louisville Gas & Electric and Kentucky Utilities. Mostly from burning coal.”

Head to the LG&E website and you see a different story, with images of sun-drenched solar panels and sheep (sustainably!) munching on and maintaining the surrounding fields. LG&E mentions its efforts to develop battery technology, carbon capture technology, and its plans to retire its remaining coal plants. LG&E and KU aim for (though is clear that it may not meet) 80% emissions reduction from 2010 by 2040. It will burn coal until 2066.

Not the clean scene the city of Louisville has planned. State regulators at the Public Service Commission could reject the company’s plans in the interest of public safety; however, a Yale Program on Climate Communication poll from last year showed that Kentucky is one of four states where fewer than 50% of people agree that global warming is caused by humans. As shared in the WFPL story, the Public Service Commission is accepting written comments from the public on LG&E’s integrated resource plan through May 15. You can email them at psc.info@ky.gov. 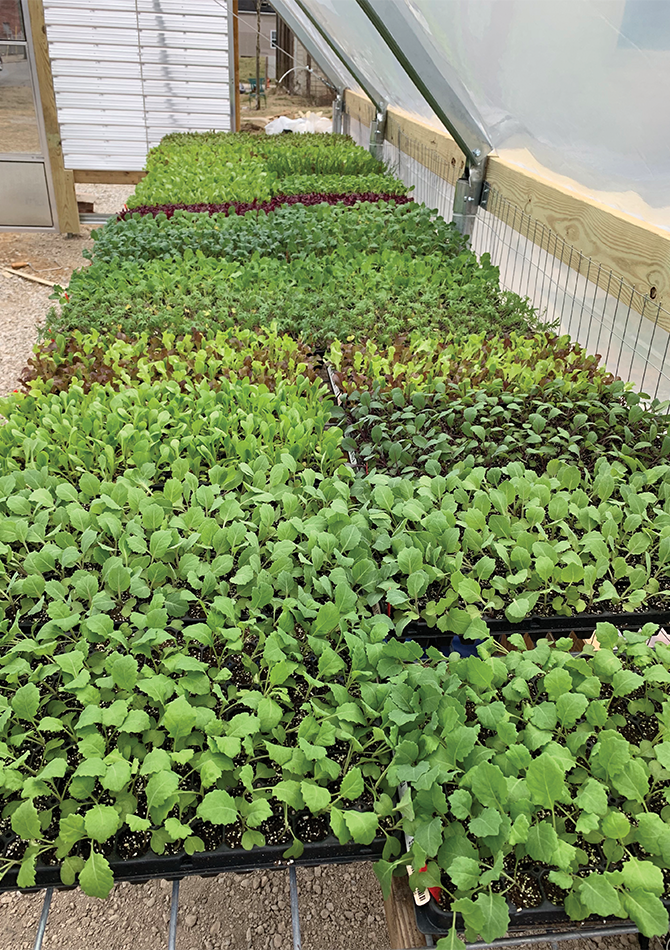 “It’s not whether or not we’re sustainable. It’s: Why aren’t we?” says Monica Unseld, with Until Justice Data Partners. “‘Sustainable’ is kind of used to sugarcoat the idea that this is environmental destruction. It’s not about a (plastic) bag ban. We’re destroying the planet, folks.”

You might feel a little burnt out and powerless thinking about the climate crisis. I do. A recent New York Times story about one of the largest icebergs ever melting into the sea made me sick to my stomach. I’ve written about all kinds of local climate-related issues. I examined the city’s tree canopy a decade ago. I explored what will happen to the city as our climate gets hotter and wetter. So after all this time to see the same problems persist with so little done to address them, I’m somewhere between angry, overwhelmed and apathetic.

Add to that, there is the toxic waste from renewable energy sources — the lithium batteries in electric cars and the retiring solar panels over the next several decades. Conservative estimates from the International Renewable Energy Agency show that the world will have to deal with 78 million tons of solar panel waste by 2050, plus 720,000 tons of wind turbine waste over the next 20 years. (And the newer solar panels rely on fossil fuels because many are made from plastic.)

On the surface, Ford Motor Co.’s lithium battery plants in central Kentucky and Tennessee seem like a step forward to power the company’s transition to electric vehicles. But environmental justice activists like Monica point to the toxicity and public safety threat to people who live near these types of operations.

“I don’t think Ford would be able to put that in Prospect,” Monica says.

That’s not to say we shouldn’t be moving to electric cars and solar panels, but it just makes it more complicated for consumers who want to do right.

Monica’s advice? “Breathe,” she says. “If you can give someone an action to take, that can lower cortisol levels and give a sense of hope.” So, find ways to participate without expecting individual perfection. Monica puts a lot of her focus on strategies to make policy changes in Frankfort, stressing that individuals are not responsible for solving this through lifestyle changes.

“Please don’t ever feel guilty for using a plastic bag. We have no choice but to participate in these systems right now — I drive a car — but we can still fight these systems.”

Julia Murray, the executive director of the Louisville Sustainability Council, suggests starting small. “Start with education. Our city is speaking to us. Find a piece of the movement that sparks you.”

The Louisville Climate Action Network website and newsletter gives people ways to help that fit in their lifestyle. “I’m actually helping people psychologically,” Sarah says. “People want to help, but they can’t make a research project out of everything.”

Julia says what the city lacks is connection. “We have the tools, time, capacity and offerings, and if we come together, we can make it happen.

“Having your hands in the dirt, seeing trees planted, then seeing them bloom over the next 10 years. (These challenges seem) overwhelming and intimidating and gloom and doom, but it’s an exciting and revolutionary time. The future is ours to create.”