Meet the 2022 Most Admired Woman — Media

Meet the 2022 Most Admired Woman — Media 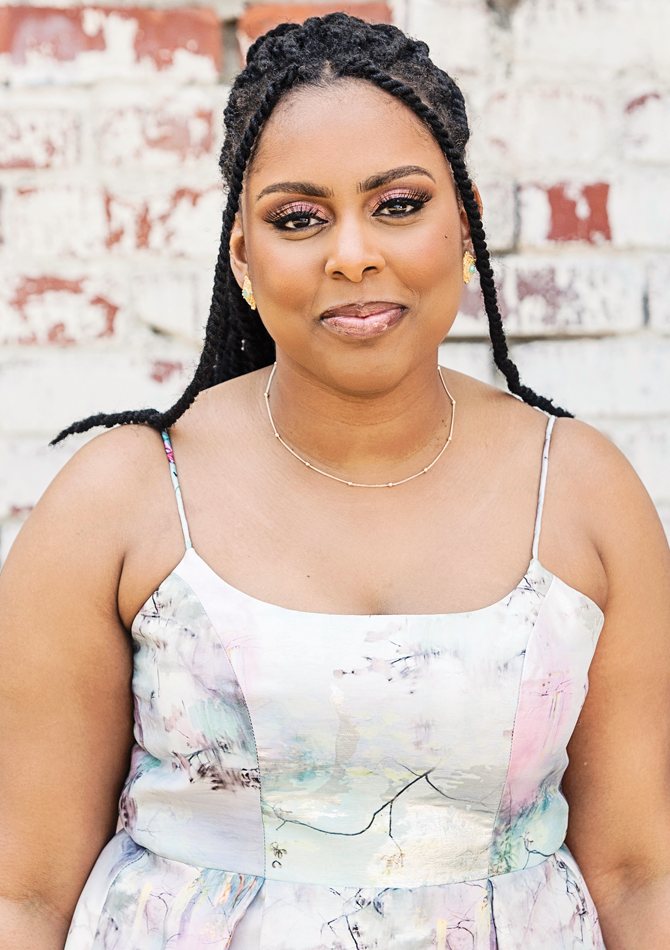 Tawana Andrew wanted to be a meteorologist from an early age. “I met a meteorologist when I was in elementary school. He came to my school, and I told him I wanted his job,” she says. She grew up in Florida, but perhaps her desire to track weather and its patterns stemmed from when she lived in Antigua, where she was born. She and her father would sit outside and watch storms roll in. “From our house on a hill, you could see across the island to the ocean,” she says.

What is a normal day for you at work?

Usually, I’m into work at 4 a.m. I’ll prepare for the show, and go on air at 5 a.m. I’m on air from 5-7 a.m. We’ll have some cut-ins during the Today Show until about 9 a.m. Then I spend the next two hours or so preparing for our midday show. I do another hit in our Listens Live show at noon, and I’m usually out the door around 12:15 p.m.

How do you prepare for the show?

It entails updating our weather app, which we do ourselves by hand, putting together the weather graphics, updating radio for our multiple radio partners, recording various videos, updating the website. All those things.

What are the most challenging aspects of your profession?

Waking up early is probably one of the hardest parts. Also, that I’m explaining the forecast in a way people can understand. I’ve learned that scientists and normal people speak two different languages. I want to throw some scientific jargon out there and I’m like, ‘Wait, nope. Everybody doesn’t know that word.’

Do you ever get to geek out at work and use some of that scientific lingo?

The best thing about working with Brian Goode in the morning is that we can talk about that nitty-gritty stuff and nerd out before most people are even awake. I learn so much from him.

And the most rewarding parts?

Definitely those moments where I see other people where I was as a kid, looking up to somebody and being like, ‘I want to be like you.’

Who is a non-related woman who has inspired you?

Janice Huff. She is the chief meteorologist at the NBC station in New York. She’s been there for decades at this point. I never actually saw somebody that was super successful who looked like me who was a meteorologist until I met her when I was a sophomore in college. She actually watched a couple of the early videos I did. They were awful; it’s a miracle that I even got on television from where I started. She looked at them and said, ‘You have a lot of potential. If you work hard, you’ll get where you want to be.’

What would we find on your bedside table?

I have a Kentucky Derby stuffed teddy bear, a Tim Dorsey book, my work and my personal phone, a dehumidifier, and an eye mask.

If someone took you to a karaoke bar, what song would you sing first?

Anything by Silk Sonic. Their stuff is so catchy. It’s either 777 or Smokin Out the Window, one of those two. We have a theme for my bachelorette party that is based off one of the music videos. We’re going the full ’70s theme.

If you could safely go back in time, where would you go and why?

In your opinion, what are the coolest weather events?

Asperitas cloud formations. It looks like waves in the sky. If you do a time-lapse, you can see everything moving up and down in the atmosphere. It shows so well the instability in our atmosphere. Most of the time you don’t actually get to see it. Of course, I just like hurricanes in general; they’ve always been my first love with weather. I did a whole paper in college about tornadoes inside of hurricanes.