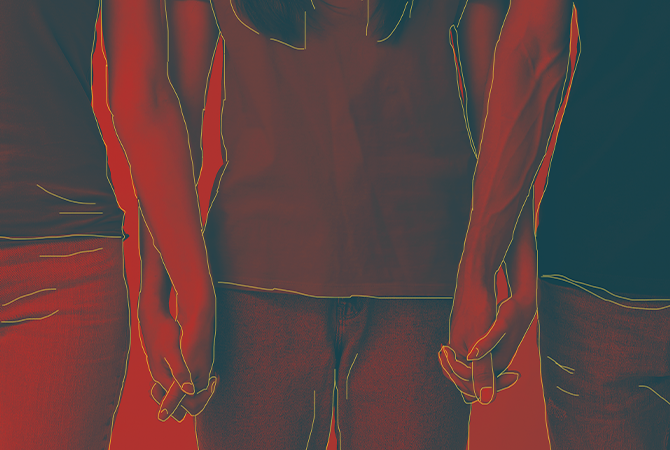 Multiple partner relationships are becoming less taboo but many people in polyamorous relationships face a social stigma in the workplace.

Most of us have been there: you’re in a committed relationship, and you find yourself attracted to someone who’s not your partner. Maybe it’s just a passing flirtation? Or maybe it’s a more serious connection that causes turmoil in your heart – and in your relationship?

A growing number of people have realized that the desire to love more than one person doesn’t have to be a crisis. Polyamorous relationships, in which people have committed relationships with more than one partner, are becoming increasingly common and visible. People who choose this relationship structure often find it rewarding. But the social consequences, especially in the workplace, can be tricky to navigate.

Polyamory is a practice that fits under the larger umbrella of ethical non-monogamy, or ENM. ENM also includes practices like open relationships, where partners are free to develop sexual and/or romantic relationships with other people that may or may not be serious; and swinging, where people engage in social sex by sharing or swapping partners. People in polyamorous relationships may engage in these practices as well, but the defining characteristic of polyamory is the development of multiple committed, loving relationships with more than one partner. Exactly how these relationships are structured and how many people are involved can vary greatly, depending on the needs and desires of each person. Individuals who are connected to each other in some way via polyamorous relationships are referred to as a “polycule.”

If you think having multiple partners sounds like a lot of work, you’d be right. But the intentionality required by polyamorous relationships is what many people love about them. For polyamory to work, partners must prioritize communicating, setting and respecting boundaries, and working through difficult emotions like jealousy. In contrast to infidelity, which involves betrayal (and, incidentally, higher levels of sexually transmitted infections); polyamory allows people to enjoy intimate relationships with multiple partners in a healthy, sustainable way.

While non-monogamy remains something of a cultural taboo, the number of people engaging in polyamory – or at least intrigued by it – is bigger than you might think. A 2019 study published in Frontiers in Psychology found that 10.7 percent of respondents have engaged in a polyamorous relationship at some point in their lives, and that 16.8 percent wanted to try polyamory. Look around the next time you’re at work: if you have at least eight coworkers, chances are good that you know someone who’s been in a polyamorous relationship. Chances are also good, though, that you’ll never know about it.

While federal employment law protects employees from discrimination on the basis of race, sex, and other minority statuses, there are no such legal protections for people in polyamorous relationships. “People who have a lot of social power don’t generally have to worry about who knows that they’re polyamorous,” says Elisabeth Sheff, PhD, a sociologist and expert on polyamorous relationships. “If you’re a heart surgeon who’s in huge demand, no one is going to care if you’re polyamorous. But if you’re a regional manager at Chick-fil-A, you’re going to lose your job.”

This lack of legal protection can make polyamorous people reluctant to share much about their personal lives in the workplace, and that can have a negative impact on mental health. “Being closeted can come at a price, because people have to constantly monitor what they’re saying and who they’re talking about,” says Dr. Sheff. “Having to hide who you are, even if you’re not ashamed of it, is exhausting.”

Nadine, 39, who works for a government agency, felt it was worth taking the risk to come out at work. “My coworkers often talked about their partners, and I just felt like I wasn’t able to share that part of my life,” she says. “I started opening up to one coworker, and he took it well. That gave me the courage to talk more openly.” She doesn’t feel that coming out as polyamorous has had any negative effects on her career so far. “I think I’ve established that I’m a good employee regardless of how many boyfriends I have.”

Like Nadine, many polyamorous people worry about how they’ll be perceived by coworkers. “I’m more concerned about losing the confidence of my coworkers and the trust of my supervisors,” says Scott, 43, a lawyer. “[Polyamory] can be seen as flakey.”

Michael, 49, a credit union business agility coach, agrees. “The core of my hesitation [about coming out as polyamorous] comes from the fact that people tend to conflate being poly with swinging and all the negative associations that go along with that. As a cisgender man in the workplace, I work very hard to try and remove any associations with sex in my interactions with my co-workers.”

Coming out as polyamorous at work can create even more problems for people who belong to other oppressed groups. “It’s way more dangerous for BIPOC people to come out due to racist sexual stereotypes,” notes Dr. Sheff. “There’s this idea of some races or ethnicities having this voracious, out-of-control sexuality that needs to be tamed, while others may be more likely to be objectified.” For LGBTQ people, who according to a 2017 study published in the Journal of Sex and Marital Therapy are more likely than straight people to engage in ENM, polyamory can feed stereotypes about sexual promiscuity.

While few workplaces currently offer protections to polyamorous people, this may be about to change. Organizations like the Polyamory Legal Advocacy Coalition are beginning to advocate for policies that would end legally sanctioned discrimination against people in polyamorous relationships. Some polyamorous people are exploring the formation of employee resource groups, allowing them to connect with other polyamorous colleagues. As polyamorous people become more visible in the workplace and their colleagues learn more about what polyamory is – and is not – nontraditional relationship structures should gain the acceptance and respect they deserve.

Erin Riedel, LCSW is a therapist in private practice who specializes in working with sexual minorities.