Getting Help for Your Pelvic Floor Disorder

Getting Help for Your Pelvic Floor Disorder 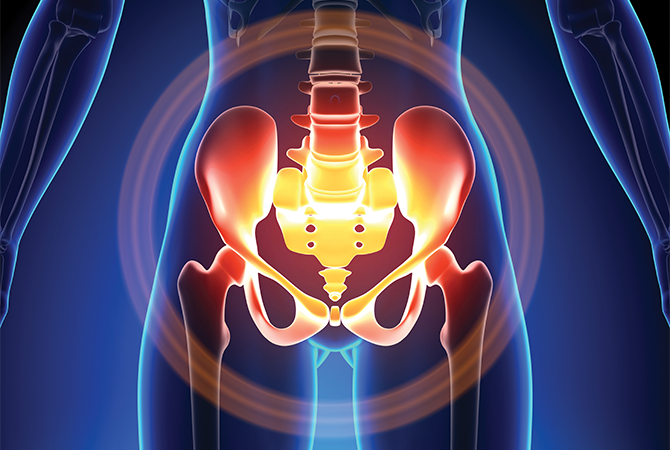 If you’re a woman age 40 or older, chances are high that you have had a few grown up “accidents.” Due to the embarrassing nature, mum’s been the word while you find temporary ways to cope as your potty mishaps become more frequent.

The good news is there is help besides buying an endless supply of panty liners, pads or protective undergarments. The condition is called pelvic floor disorder and it’s treatable.

Dr. Andrew Doering of the Norton Urogynecology Center in Louisville says there are a variety of pelvic floor dysfunctions or pelvic floor disorders that urogynecologists like himself specialize in treating. “Urinary incontinence is one of the most frequent complaints, and there are two primary types,” he says. “There’s stress incontinence which is leakage with coughing, laughing, sneezing or jumping activity. And then there’s urge incontinence, which is leakage with the strong urge to go to the bathroom. These are caused by different things and they’re treated differently.”

Dr. Doering says that depending on the diagnosis, there are a variety of treatments that may help including “reduction in caffeine, increase in water intake, medications, pessaries, Botox injections in the bladder, mid-urethral slings and surgery.”

Misconceptions about pelvic floor health abound, but that’s changing incrementally. According to Stephanie Prendergast, physical therapist and co-founder of the Pelvic Health & Rehabilitation Center which has locations in California and Massachusetts, women who have had children may have pelvic floor issues that start after pregnancy and continue with age.

“As people enter perimenopause, especially if they’ve had children and have not had postpartum physical therapy, the incidence of stress urinary incontinence and pelvic organ prolapse is high. It’s close to 80 to 90% in varying studies even if they’ve had only one pregnancy, regardless of the method of delivery,” she says.

Stephanie says by the time patients reach her, some have allowed symptoms to prolong and worsen, while others have endured failed treatments.

“Not everyone thinks that they need to schedule an appointment for this. Even if they do, they think that should be their doctor that they’ve had for a long time,” she says. “There’s just so much confusion among patients and not enough time given to them by providers,” she adds.

Sarah Court, a Los Angeles-based Doctor of Physical Therapy and movement specialist, intimates that the anti-aging movement is a distraction from important health issues that occur with age. “It’s [aging] an inevitable life process. Why are we trying to pretend like it doesn’t happen?” she says.

Before becoming a physical therapist, Sarah shares that she was a yoga teacher for about 10 years and straddling the worlds of physical therapy, yoga and pelvic floor health is a huge passion.

“The thing about the pelvic floor is that it’s different than a lot of other muscles because it needs to be turned on a little bit all of the time because it’s responsible for continence while also supporting your internal organs,” she says.

“It needs to be able to ramp up quickly in response to a sudden load like sneezing or dancing. It has to have that endurance strength as well as quick strength. That degree of specificity is probably going to be best diagnosed by a pelvic floor physical therapist.”

Sarah says physical therapists will be more inclined to start with instruction on movement, relaxation, exercise and massage techniques. Biofeedback is another tool in the toolkit.

“Women have been taught to suck in our bellies our entire lives. If you squeeze the middle of the balloon, the bottom of the balloon, which would be your pelvic floor, it’s kind of pushed out, right? So we might be walking around with a specific kind of a posture or an idea of how to hold our body that’s doing us a disservice.” Sarah explains.

The one thing each of the experts agree upon is that conversations about pelvic floor disorders need to be normalized. Stephanie says that women who live in areas where there’s limited access to professionals who specialize in this type of care, may suffer the most.

“In our circles, we’re talking about it,” Stephanie says. “But [some] people are not going to have a normal quality of life because there aren’t resources and it’s not being talked about as much as it should be.”