Ex in the City: The Burning Phoenix

Ex in the City: The Burning Phoenix 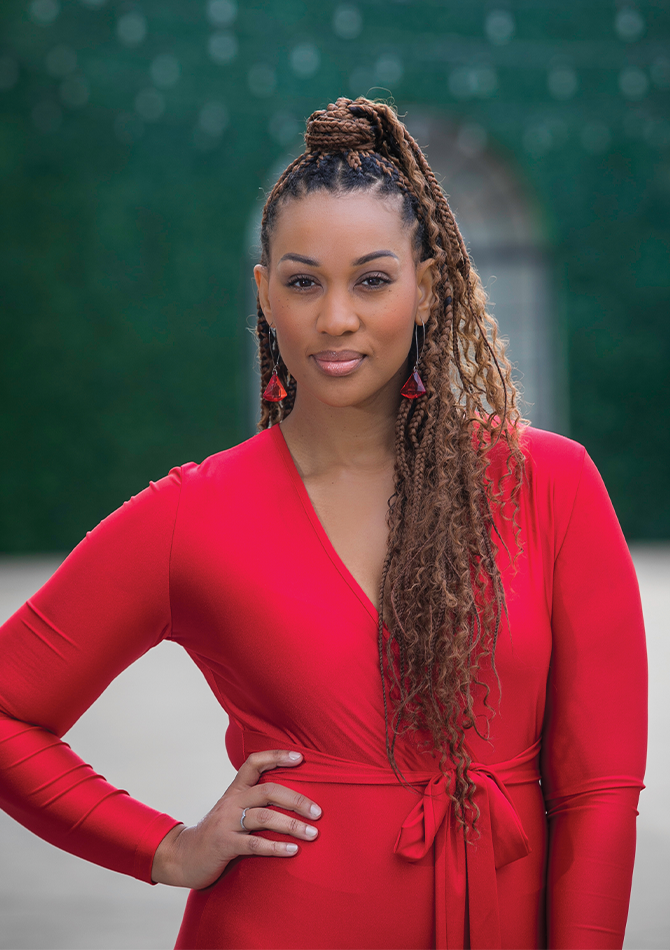 Healing from the emotional pain of a divorce isn’t easy, but your life doesn’t have to stop. Ashley Anderson debuts a new relationship column about finding the inner power needed to rebuild your life after marriage ends.

2021 was the most difficult year of my life. I lost my biggest fan and cheerleader in my father. I grieved the loss of a business partnership which resulted in the shouldering of a private medical practice solo. Either of these two events by themselves could have taken me out but to add to the list, my marriage ended.

My marriage was one that fairytales were made of. From the outside looking in, we were two amazing people doing great things in the community who had similar background stories and came from the same end of town. We met, fell in love, married, and were ready to take the world by storm. We were dubbed a power couple and had lists of incredible ideas and projects we would one day complete for the betterment of this city. We were destined to build a legacy together. As a unit, we looked great.

I had completely bought into the fairytale. I loved my ex-husband with every ounce of my being and would have done absolutely anything in my power to make him happy.  I probably loved him too much. I loved him so much that I was willing to sacrifice myself. Figuratively, I bowed to him, always did my best to let him be the center of attention, pulled back on my career and the pursuit of my dreams to make sure I wasn’t doing too much, and tried to be a good wife and mother. Was I perfect? Absolutely not. But I gave my all.

To be fully transparent, without my back against the wall, I probably would have never left him.

There were whispers, and for a long time I was able to ignore them. I had invested and we agreed to fight through anything for the sake of the union. We took vows before God and I meant mine. There came a time when I couldn’t ignore them anymore. I couldn’t pass them off as rumors with no basis. It was starting to appear as if these whispers were true. I prayed for proof after six months of persistent nausea and within two hours, there came a phone call in the middle of the night that answered all of my questions and allowed me to prove everything.

It was all true.

There was a woman in the shadows. One who was estranged in her own marriage and an active participant in ending mine. In spite of that call, I tried to make it work. I stayed loyal to those vows and attempted counseling for myself, suggested it for us, and pulled out all the stops to keep the team together. For a while, it seemed to be working, but then the signs started to manifest again and the whispers came back even louder than before. He’d made his choice, and he didn’t choose me.

I think the best way to describe how I felt during that season is to cue up a YouTube video of Beyoncé performing her song, Resentment. Just like that, nothing was the same, so I had a choice to make. Do I push forward trying to prolong the inevitable for the sake of appearances and preserving images, or do I take the graceful curtsey and exit?

I refused to allow our sons Atlas and Ace to grow up thinking that their father’s behavior was acceptable. Instead, they needed to see genuine love, respect, loyalty, and devotion to one’s family.

That outweighed anything I felt personally and I drew a very distinct line in the sand. Did it hurt? Yes. Was it scary to think about starting all over as a single mom with two toddlers? Yes! I had no idea how I’d make it work, but I knew I had to.

I’ve dubbed 2022 my Phoenix year because it is time to reframe the story. Divorce is a word I never even wanted to utter as it related to my marriage but I had to face it and all that came with it. On the day I called my attorney, Holly Houston, and told her to file, I was devastated. I was angry. I was embarrassed. I was ashamed. I was on my knees in prayer, no longer asking God to fix it, but to heal me. I asked for healing and for the opportunity to use this experience to pour into other women. My prayer has been answered.

When the mythical Phoenix knew that the end of her life was near, she built her own nest and set herself on fire. She ignited her own rebirth. The Phoenix is immortal, she cannot be destroyed. Sis, I know you didn’t marry expecting it to end, no one does, but life is not over. Do not give up. You will not be engulfed by the flames of this season of life. It may be hard, but this is your opportunity to be reborn. This is your opportunity to start afresh, to do life in the way you see fit and to heal and grow from this. This is your chance to rise. Spread your wings, sis. Let’s heal and fly together.

Read Kaye Stone’s Relationship column about the gift of heartbreak.