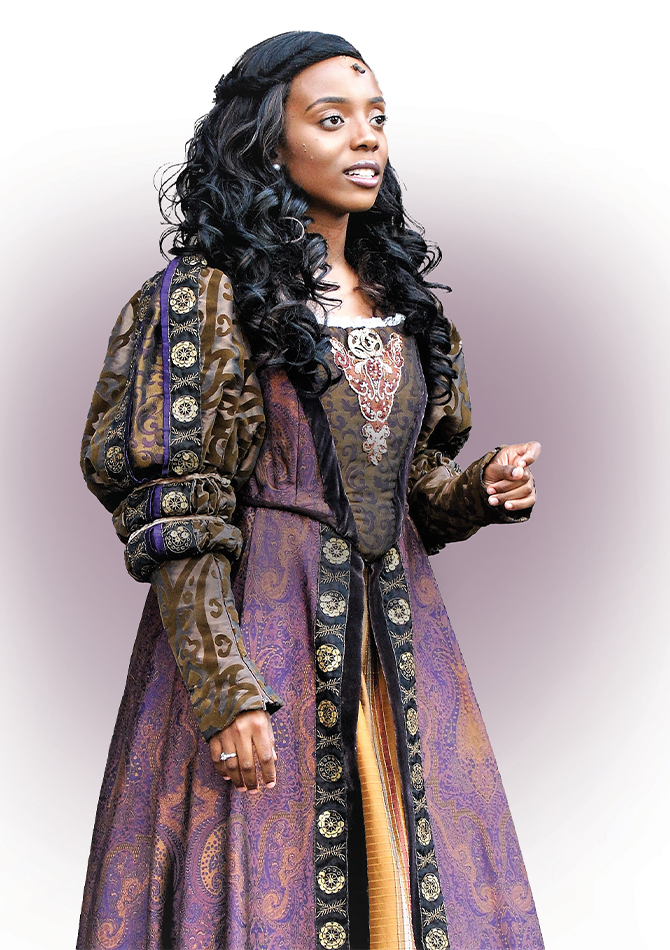 While many wannabe actors spend years waiting tables, working as temp employees, nannying etc. before landing their first real acting role, it didn’t take actress Brittany “BeeBee” Patillo, a 2019 alumna of the University of Louisville, very long to land a much-coveted position as a member of Actors Theater of Louisville’s 2020-2021 Acting Apprenticeship. Though the 2020 season was canceled due to COVID-19 outbreak, BeeBee basically hit the ground running when it came to launching her career. Some might consider luck had a lot to do with. Not BeeBee.

“I think it’s destiny,” she says. “I’m a Christian, and I believe it was what God had planned for me as the purpose for my life. But also, it’s [due to] a lot of talent.” BeeBee isn’t naive. She knows it’s also about who you know.

To be able to pursue acting as an actual career is a dream come true for BeeBee. As a child she dreamed of being famous and starring on TV, but a lack of access to learn the craft almost swayed her from pursuing her passion. “Being where I’m from, I didn’t have the resources or the outlet of being around acting classes. By the time I was older I thought to myself it’s too late to pursue acting. I have no training so I will find another outlet,’” she says.

But as destiny would have it, while she was a junior (with an undeclared major) a lady at BeeBee’s church introduced her to the head of UofL’s Theatre department who happened to be in middle of casting for a stage production she was directing. “I’d never been to an acting audition before, but I got the role I read for. After that, I became a Theatre Major.”

BeeBee’s career has thus far been filled with notable achievements. She was cast in the lead role of ‘Viola’ in the Kentucky Shakespeare Festival’s 2021 season (multi-racial) production of Shakespeare in Love. And just last month she played ‘Lucy’ in Dracula: A Feminist Revenge Fantasy.

BeeBee says she’s grateful to be cast in roles that traditionally have gone to non-Black actors and actresses. “Thankfully, I’ve been blessed to work with theater companies that are so passionate and committed to embracing change and wanting to learn and grow. Companies like Kentucky Shakespeare and Actors Theatre of Louisville ­— companies that want to see Black artists thrive.”

Since more theater companies are embracing diversity, BeeBee says it’s giving her the opportunity to make a powerful impact on the young children in her community by showing them what’s possible for them too. “As an artist, one of my goals is to make space for other Black artists … especially young Black artists coming up,” she says.

BeeBee says she can already see the effect pursuing her dream is having on her community.  She recalls one memorable experience when she was crowned the 2019 Kentucky Derby Festival Queen. “I remember specifically during the Pegasus Parade when the float was coming down Broadway and about to hit 9th street. I’m from the West End and still live there. I remember seeing my entire community showing up and screaming. I was so overcome with emotion. It was great to come down Broadway and see the city of Louisville come out, but it meant so much more to see my community and have the little girls be able to witness that they could achieve something like this.”

All in all, BeeBee stands firm in her belief that it’s her faith that continues to open doors for her talent to shine. “My favorite Bible verse is Jeremiah 29:11 – ‘For I know the plans I have for you. Plans to prosper you, and not to harm you. Plans to give you hope and a future.’ I take that and combine it all and add: ‘His will…his way…my life.’”