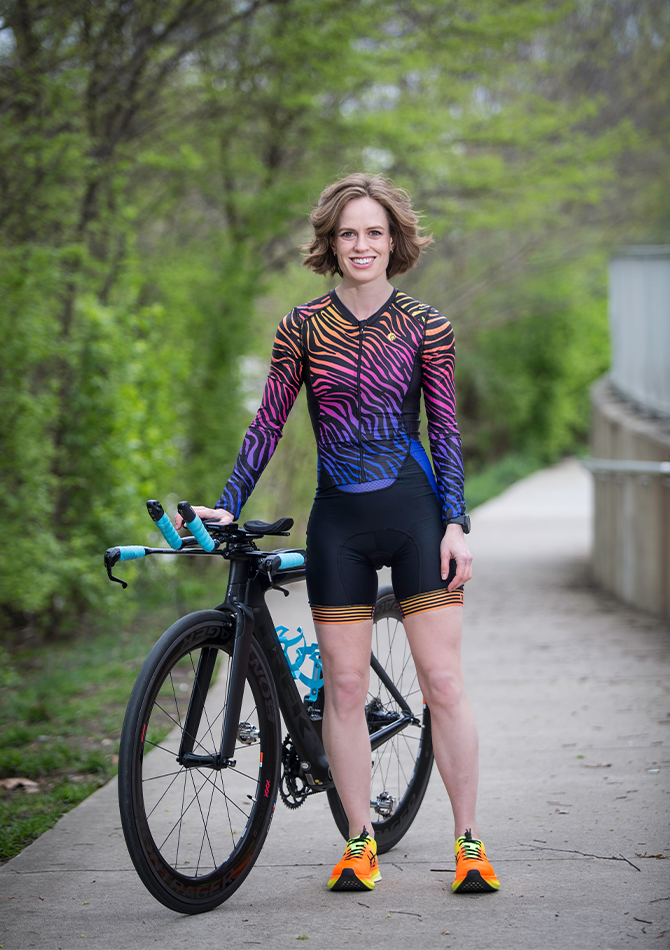 In the face of a grueling triathlon, Meghan Brennan learns she can weather the storm.

Not all triathlons look the same. While all of them involve swimming followed by hiking and then running, the distances can vary widely. And, of course, the experience of the triathlon itself can be different each time.

When Meghan Brennan, a native Louisvillian and local physician, was an undergrad at the University of Notre Dame, she joined the triathlon club. “It was a fun way to work out with other people. We were training four or five hours a week,” she says. When she began medical school, though, she just didn’t have time to do more than casual jogging.

At the start of the pandemic in 2020, Meghan decided that she wanted to be a geriatrician and that she wanted to get back into triathlons. She had been working with patients at a nursing home and biking there each day which accounted for her renewed enthusiasm. “I decided I wanted to do the half-Ironman race which is 70.3 miles,” she says. “I signed up for my first race that was in June 2021 in Maryland.” She spent months training, but that didn’t stop her from freaking out when she looked at the open water. Still, five hours later she finished the course with an immense sense of accomplishment. “I thought that would be the end of it for me,” she says.

When she returned to Louisville to begin her geriatrics fellowship in July 2021, she learned that she had qualified for a spot in the Ironman 70.3 World Championship race. “It was pretty shocking. At first, I wasn’t sure I wanted to do it with the move and starting a new job,” she says. She plowed ahead despite her concerns about the terrain, which would be in Utah through the mountains, but knew she needed a better plan than just training by herself. She joined a local triathlete club, the Louisville Landsharks. “I met a ton of people through that who helped me to train,” she says. 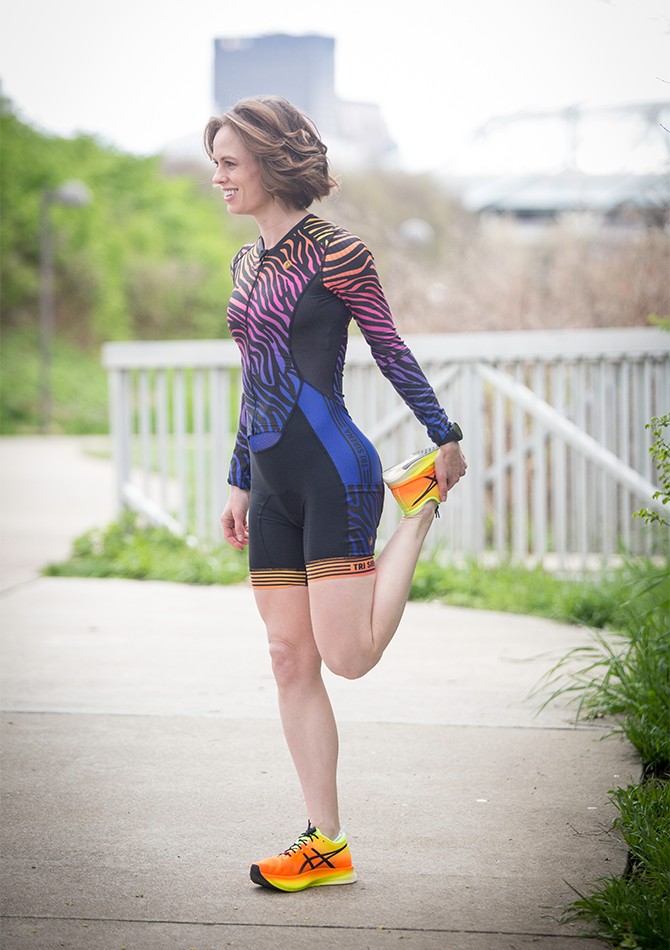 Meghan Brennan says the changes she has experienced from participating in triathlons have been both physical and mental.

The September 2021 Utah race was a much different experience from her June race. When she got to the last buoy on the swim, she thought she was having a problem with her goggles. In fact, the problem was with the weather. “Very suddenly, there was lightning, thunder, hail. The worst was 40 mph gusts of wind pulling up waves that were pushing me back and down in the water,” she says. She made it to a kayak for help, but the waves were so bad the kayaks were flipping and she had to let go. With no choice but to swim, Meghan made it to the end and found herself among 100 other female triathletes sobbing and hugging.

Unfortunately, Meghan wasn’t done being terrified during this race. Climbing up the mountains on her bike wasn’t a problem, but flying downhill in rain and crosswinds was. “I did make it to the finish line, but it was a pretty different feeling from that first race. It felt like, “Thank goodness this is over,” she says.

Despite that sentiment, she hasn’t written off triathlons for good. This summer she will compete in the local Tri Louisville Olympic distance race and the age-group nationals for the Olympic distance, and she has another half-Ironman scheduled for the fall.

The changes Meghan has experienced as a result of triathlons have been both physical and mental. “I’m much more muscular than I used to be,” she says. She had the mental endurance from medical school to help her with a triathlon, but having the unexpected thrown at her in races helps her not only continue the race but be a better doctor who can handle unexpected variables that come her way.