A Playwright for Her People

A Playwright for Her People 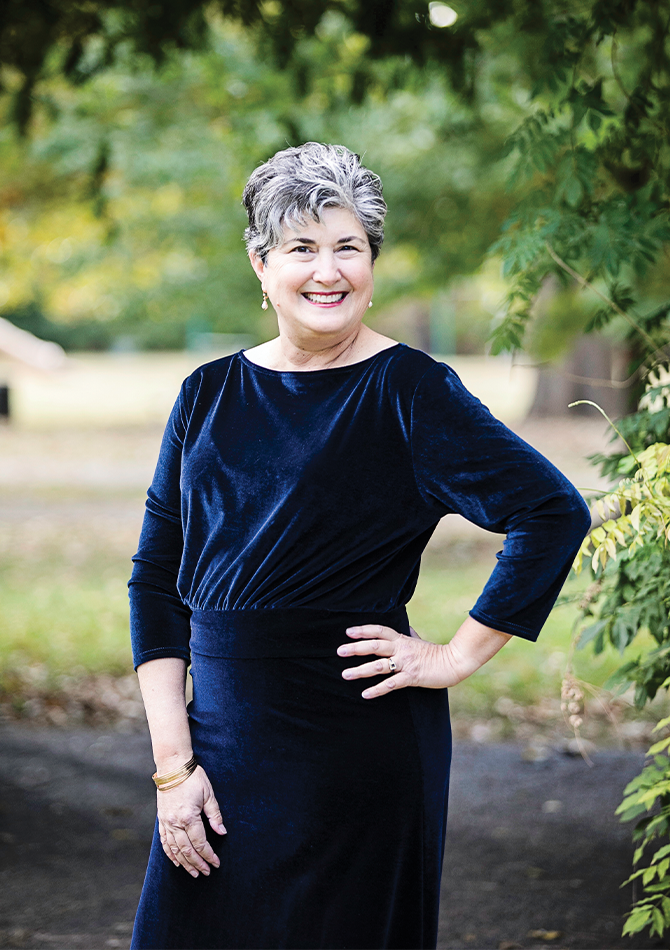 There was no Spanish language theater in Louisville when Haydee Canovas started writing plays. She has changed that.

The ability to create something that not only entertains, but also educates is a special kind of gift. For Haydee Canovas, bilingual playwright and co-founder of the Spanish language, non-profit children’s theater company, Teatro Tercera Llamada, it is also a personal mission.

Her works, which have been staged at the Kentucky Center, seek to inform the audience about issues of importance in their community – issues that are more likely to be buried than brought out onto a stage. Her first full play, Molly Driven, written in 2016, tells a poignant and intellectually challenging story of sexual trafficking.

“I get ideas from all around–usually having to do from things I have experienced,” says Haydee who is a nurse practitioner by day and playwright by night. “With Molly Driven, I’d started hearing about sexual human trafficking when I went to a nursing conference at the University of Louisville. It turned out to be a whole paradigm shift of how the prostitute was actually the victim – which was something that had never been seen before. I learned that the average age when prostitution begins is 12 and I thought that this a particular opportunity to do a play.”

Haydee worked on the production with dramatist Kathi E.B. Ellis, the late co-artistic producing director of Looking for Lilith Theatre Company. “She guided me in writing it,” she says. “A full-length play is a monster. I’d written 10-minute plays and short monologues before but nothing like that.”

“I love theater because I love the stories. Mind you, I like social cause theater. I like hearing the voices of those who do not usually have a voice.”

Haydee spent most of 2016 writing the play as a bilingual production, but then this bilingual child of Cuban immigrants took it a step further and produced the Spanish version (Guiando a Molly) at the Kentucky Center’s MeX Theatre in 2018. She felt it was important to get the message out to the Spanish-speaking community. “I love going to theater, but I like to go to learn,” she says. “I like to have my heart ripped out. I like to be moved and I like to be educated. And I like to create and produce that type of theater.”

The story behind the creation of Peety, her second full play, is just as interesting, and just as personal. “I help people face the saddest and or scariest times of their lives. That is what happened in 2011 when I got the idea to write Peety, after my 79-year-old father needed open heart surgery,” she says. “Of course, I was with my dad and 75-year-old mom for his first appointment with the cardiothoracic surgeon, after his cardiologist was unable to get any stents into the clogged arteries. Peety is a satire on our healthcare system. We keep on waiting for something to improve, for the saving program to arrive, but it continues to be kicked down the road.” Peety will be presented at the Kentucky Center’s MeX Theatre in March of 2023 (in Spanish with English subtitles).

Of her other passion project, Teatro Tercera Llamada, she shares, “Kentucky Foundation for Women had awarded us a grant to produce, and so we did. Our last performance before the COVID-19 pandemic was Festival de obras de diez minutos (Ten Minute Play Festival) in Fall 2019. It was sheer beauty how everyone came out to celebrate our own stories. A lot of them were about immigration. How can they not be?” The company’s next 10-minute festival is planned for Fall 2023 and will have the theme of ‘Liberty.’

Haydee manages to produce all of these compelling works while juggling her career as a family nurse practitioner. She has taken playwriting workshops and masterclasses to hone the creative skills that she uses to inspire, educate and uplift her community. “I like helping folks,” she says. “And I do have a word … perseverance! I identify with that word a lot. Anything I set myself out to do, I will do. I follow through.”