Where to Go Next? “I decided what I want are experiences. I want to live my life right now, not waiting until I retire or have the next thing.”

Where to Go Next? “I decided what I want are experiences. I want to live my life right now, not waiting until I retire or have the next thing.”

Five years ago Michelle Freiberger, a nurse practitioner, found herself in an existential crisis. Standing in her closet, flipping through mountains of clothes, she felt completely suffocated. She was locked into her 9-to-5 career — where she had to be granted permission to take a week’s vacation — and was feeling dissatisfied with her life. She had done everything “right”: she bought a house, paid her bills on time, and amassed a plethora of possessions. But her things did not bring her joy, and she needed a change.

So, Michelle started the process of systematically purging. First, she got rid of the clutter that surrounded her. Then, she rented out her home to a friend and pursued a life-long goal of becoming a traveling nurse. For two-and-a-half years Michelle worked as a traveling nurse on various Native American reservations throughout the Dakotas, Washington state, and the Southwest. There she learned to live simply, she boiled her life down to the necessities that could fit in a backpack, and she discovered a passion for hiking.

Still, the wanderlust nagged at her, so last February, she decided to take a break from her career to hike the Appalachian Trail — truly testing her ability to live with the bare minimum.

“I loved the idea of having everything on your back. It was the ultimate purge. Hiking the AT seemed like it fit with where I was going in life. I spent a year-and-a-half researching the trail and started in February,” she recollects. “It was the hardest thing I had done in my life. I hated it! It was lonely and cold, and I spent several weeks on the trail wondering what I was doing there.”

Michelle lasted five weeks on the Trail and covered 300 miles. While hiking she met many interesting people, including a friend, Travis, who was also feeling weary of completing the trail. The two hikers, alone and freezing in the woods, devised a plan that would take them on a very different path, far away to Southeast Asia. Both craved warmth after surviving the elements in the dead of winter with the items strapped to their backs, and each knew they were prepared to travel the region inexpensively and with simplicity.

Travis and Michelle exited the AT and spent a month getting to know one another before embarking on their next adventure. A month after leaving the woods, they boarded a plane and flew to Singapore.

The two adventurers spent two-and-a-half months last summer traveling the region. They toured museums and relished the history of Singapore and visited Hindu temples in Bali. While hiking through the rice patties of Ubud, Indonesia, they were invited to a sacred Hindu ceremony by a welcoming family they met along their stroll —the only American faces in the throng of thick incense and revelers. They dined in Penang, Malaysia, and survived a motorcycle accident during the six weeks they spent in Thailand. They visited The Killing Fields and the Angkor Wat ruins in Cambodia, went to a monkey temple in the heart of the jungle, and a rescued elephant sanctuary.

“We winged it. We went wherever the wind blew us. It was extremely affordable in Southeast Asia; most of the hotels were $25-$50 a night and we were splitting the cost. We were able to travel through the area for about $1,200 a month.”

Michelle finally felt freedom from her 55-litre backpack. She packed a few pairs of shorts and T-shirts and a couple dresses and did laundry in various laundromats or hotel bathtubs throughout the region. She packed a few pharmaceuticals to treat sickness, but absolutely no makeup. “To not have to worry about looking a certain way or having the right accessories or moisturizer was freeing. I only recently started wearing makeup again,” Michelle says. 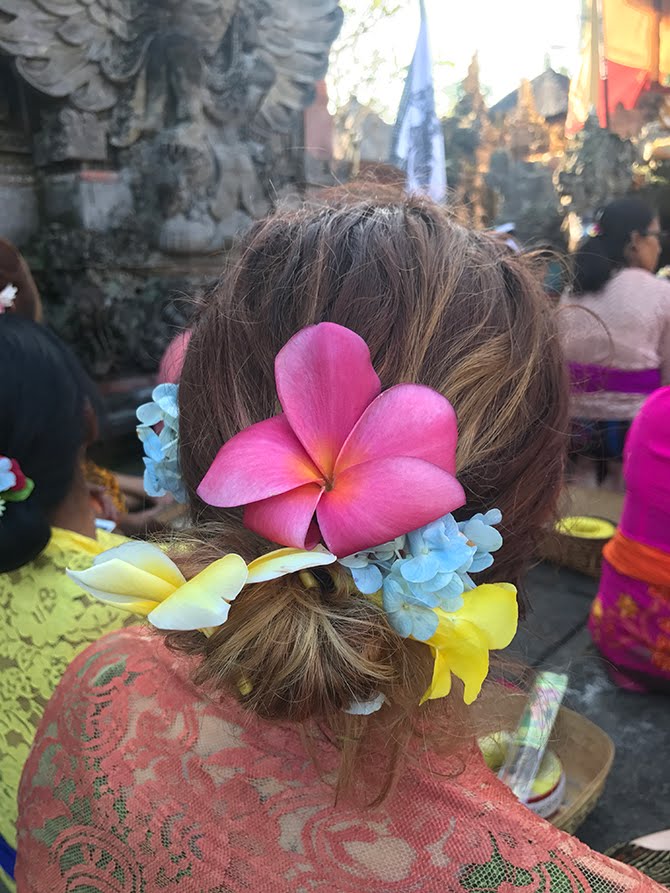 Backpacking through Southeast Asia wasn’t all sacrifice, however — Michelle took advantage of the $5 massages in Thailand, sometimes getting two a day.

But the story doesn’t end here. After a couple months in Southeast Asia, Michelle was getting tired of the food; she’s a picky eater by nature and was living on rice and fast food most days. Travis wanted to go to Romania, but Michelle had other ideas. “I thought for a few days ‘I can go anywhere in the world, where should that be?’ And I decided on Rome.”

The two parted ways and Michelle embarked on another adventure, spending 10 days in Rome before moving on to Croatia and, by the time she had gotten to her last stop, Germany, she had stayed in more than 50 hotels. “It was a lot more expensive to travel in Europe. I was used to staying in a hotel for about $20 in Asia, and in Europe, a room without air conditioning was at least $60 a night. It was time for me to go home. I missed my family and friends and was starting to feel tired and lonely.” 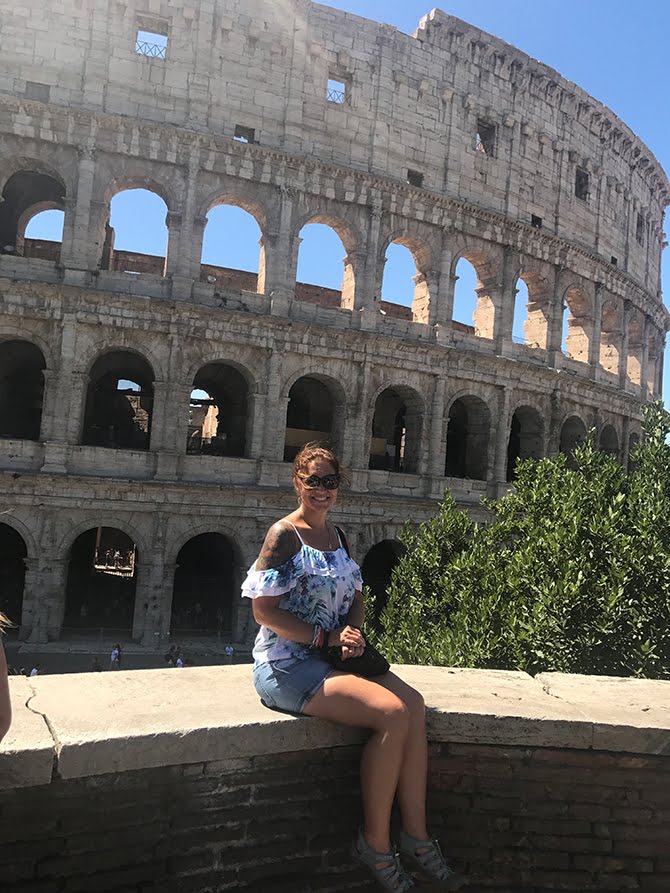 This has been an eventful year for Michelle. One filled with soul-searching, mystery, and adventure —all of which began with the weight of too many things. “When I think back about this year, it was like it happened to someone else. I didn’t grow up wealthy, so this experience was not something I could have ever imagined for myself. I always felt success meant the house, the 401K, now I’m questioning if I really do need these things. I’m just fed up with too much stuff, too many things, and I wanted to figure out what, exactly, I wanted out of life. I decided what I want are experiences. I want to live my life right now, not waiting until I retire or have the next thing.”

Michelle, 48, has experienced more travel in the past year than most people experience in their whole lives. She has been empowered by her experiences, but the trade-off has been time away from her loved ones. In addition, Michelle notes that she’s basically been homeless for two-and-a-half years. Someone is renting her home, and between her stints on the reservation, she stayed with various friends and family members.

What’s next for Michelle? Well, she doesn’t exactly know.

“I’m at a crossroads. I’m giving myself two months to figure out my next move. Do I continue my travels? Or do I stay at home and nurture my relationships with friends and family? Both are important to me and have consequences. My life is a grey area, a big question mark right now, but at least I don’t feel stuck. I get to choose.”