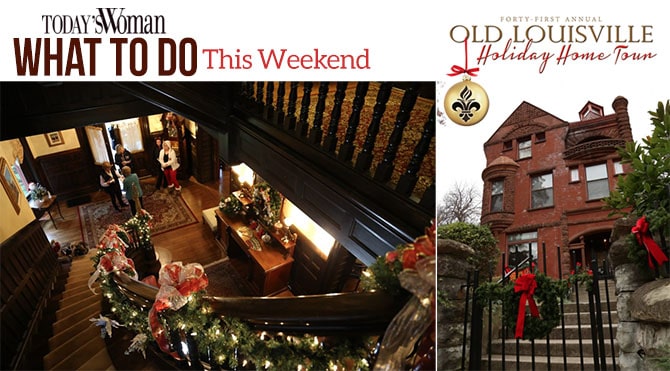 This weekend, The 41st annual Holiday Home Tour takes place in Old Louisville, a national historic preservation district featuring the largest collection of Victorian architecture in the country. Step back in time and enjoy an authentic Victorian Tea or a free bourbon tasting.

You can also check out a magic show, listen to beautiful holiday music, eat breakfast with Santa, see a play, and more.

Take a look at our suggestions below: