What is Your Resistance to Change Doing to You?

What is Your Resistance to Change Doing to You? 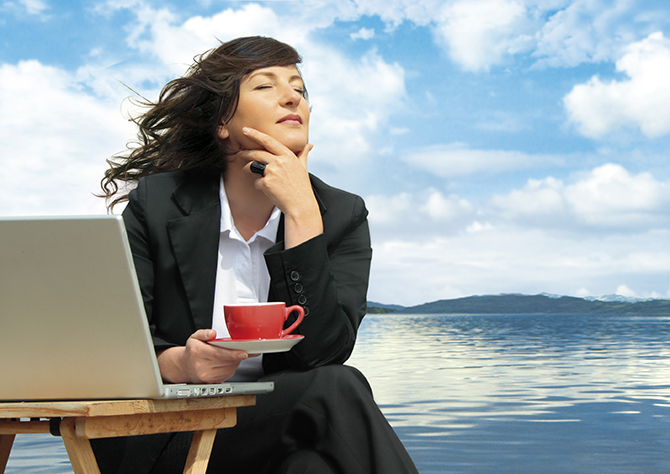 Over 2,500 years ago, the philosopher Heraclitus dipped his toes into a river in Greece and instantly understood that change itself is the one unchanging reality. Everything is in flux. Change is the source of life, the one thing you can trust. He realized that he could never, as hard as he might try or as much as he might like, step into the same river again. Change is here to stay. The moment when you read this word is now gone. The case for flexibility is made. If life is moving, I’d better get going if I want to live it.

Flexibility is the outgoing practice of moving with life. Just as the sails of a sailboat catch the wind as the vessel glides smoothly through the water, accepting change as an inevitable aspect of being alive allows us to flow more easily with life’s movement. If I know deep down that the world renews itself in every moment, I learn to expect change as a natural part of life.

My agility increases as I respond to this and then to that and move here and then there. Serendipity keeps me on my toes. I bend, swivel, rotate and pivot with little friction. Job transfer, fluctuating finances, flooded basement, un-house trained puppy — no problem. When I get stuck in a rut, I limber up once again and I follow life’s lead and live my life as it happens, as best I can.

In contrast to smooth sailing even in rough waters, inflexibility saps energy. Resistance is exhausting, and this chafing at change often leads to missed chances. We stagnate when we refuse to consider changing an opinion, altering a practice, adjusting a priority or simply listening to those with whom we disagree. We miss openings and opportunities and regrets begin to stack up.

Willy Loman is a traveling salesman who never moves an inch. Scrambling in a race to pay the bills and to keep his head up, his solace lies only in memory and dreams. Arthur Miller brings inflexibility alive in Death of a Salesman as Willy tries to remember those days cruising in a 1928 Chevy and assures his wife that “I’ll knock ‘em dead next week.”

The misery of a life stuck on hold replays itself with wrenching regularity. Though he has lost his job, he proclaims : “Someday I’ll have my own business.” Infuriated that his wife purchased American whipped cheese knowing full well that he only eats Swiss, he vehemently reminds her: “I don’t want to change.” His grown son bears painful witness to his collapse, and Biff begs his father to “bury that phony dream, Dad.”

Watching Willy’s inflexible nature harden serves as warning and reminder of the need to move with life. His bags are so heavy. What mental baggage weighs you down? What realities in your life tug at you to deal with them directly? Do you have anything in common with Willy?

The time to start living is now. Where to begin? Do you notice your focus flitting from this to that, here and there, fidgety and unnerved? Stop it. Settle yourself on whatever is immediately present. Focus. When your attention first wanders, hustle back to the moment. This is the real secret of life – to be completely engaged with what you are doing in the here and now.

For animals happiness consists in enjoying life in the immediate present. Think of dolphins bobbing and gliding, birds dipping and soaring, dogs chasing and napping. Life moves not along a fixed, linear line with predetermined stops along the way, but with irresistible energy. Now.

Spend quiet time sitting in a breeze or walking in the wind. Think of a breeze and the wind as teachers. What specific lessons about moving with life can you learn?

Want to write to Bob? www.bobmueller.org
Bob Mueller is the vice president of development at Hosparus.