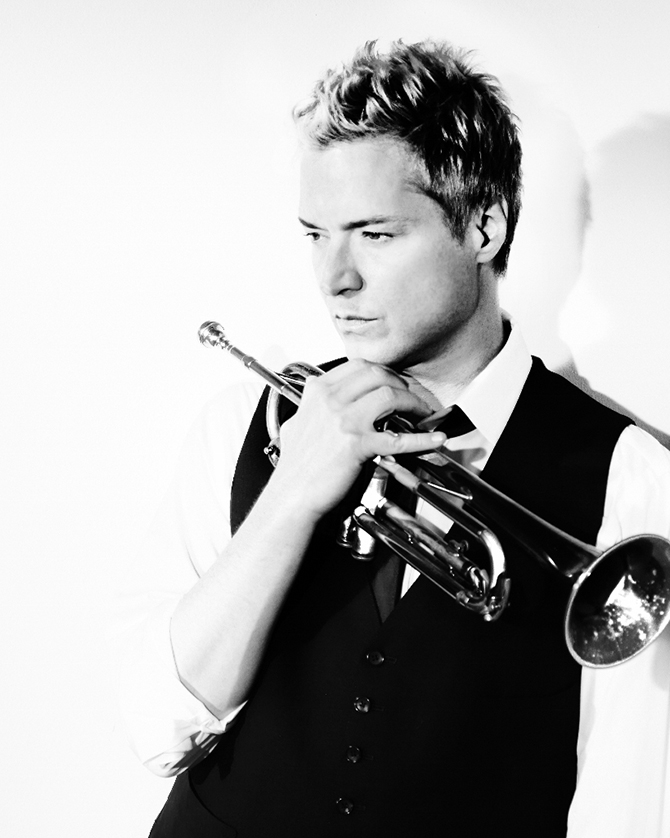 An Evening with Chris Botti
Since the release of his 2004 critically acclaimed CD When I Fall In Love, Chris Botti has become the largest-selling American instrumental artist. His success has crossed over to audiences usually reserved for pop music and his ongoing association with PBS has led to four #1 jazz albums, as well as multiple Gold, Platinum and Grammy Awards. His album Impressions won the Grammy for Best Pop Instrumental Album at the 2013 55th Grammy Awards. Performing worldwide and selling more than four million albums, Botti has found a form of creative expression that begins in jazz and expands beyond the limits of any single genre.

Over the past three decades, Botti has recorded and performed with the best in music, including Sting, Barbra Streisand, Tony Bennett, Lady Gaga, Josh Groban, Yo-Yo Ma, Michael Bublé, Paul Simon, Joni Mitchell, John Mayer, Andrea Bocelli, Joshua Bell, and Aerosmith’s Steven Tyler. Hitting the road for as many as 300 days per year, the trumpeter has also performed with many of the finest symphonies and at some of the world’s most prestigious venues from Carnegie Hall and the Hollywood Bowl, to the Sydney Opera House and the Real Teatro di San Carlo in Italy.

Impressions, Botti’s 2012 Columbia Records and Grammy-winning release, is the latest in a stellar parade of albums — including When I Fall In Love (2004), To Love Again: The Duets (2005), Italia (2007), and the CD/DVD Chris Botti in Boston (2009) — that has firmly established him as a clarion voice in the American contemporary music scene. Playing with his uniquely expressive sound and soaring musical imagination, Botti is joined on the disc by featured artists Andrea Bocelli, Vince Gill, Herbie Hancock, Mark Knopfler, and David Foster in a warm, intimate celebration of melodic balladry. 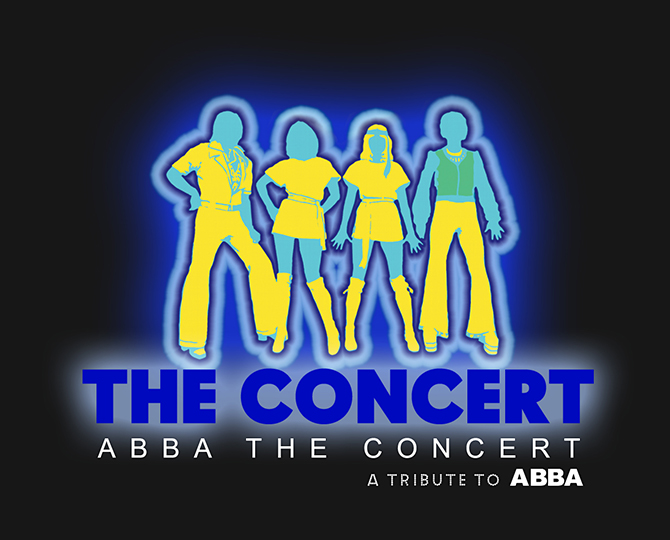 Audiences agree ABBA: The Concert is “the closest to ABBA you’ll ever get.” The Swedish band was formed in 1996 and quickly became known for its stunning ABBA-esque sound and performance of iconic hits such as Dancing Queen, Fernando, Waterloo, Mamma Mia, S.O.S, Money, Money, Money, The Winner Takes All, Gimme, Gimme, Gimme,  and more. In fact, as the band travels the world entertaining audiences, it always features two members of the original ABBA rhythm section. 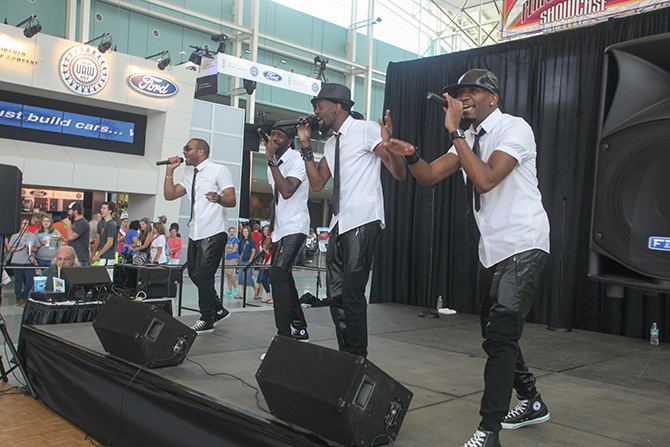 Kazual has opened for a number of well-known artists, including Beyoncé. The family act performs an a capella blend of R&B, pop and hip hop — and an eclectic mix of old school, Top 40, and original dance.

WHEN: August 18 @ 8pm. Gates open @ 6:30pm
WHERE: Cardinal Stadium. Concertgoers are seated on the turf field in chairs, which are on a first come, first served basis. The stage is along the first base line facing the open turf, seats, and concessions from local food trucks.
TICKETS: Concerts are free with paid admission to the fair.
CONTACT: Find out more details here. 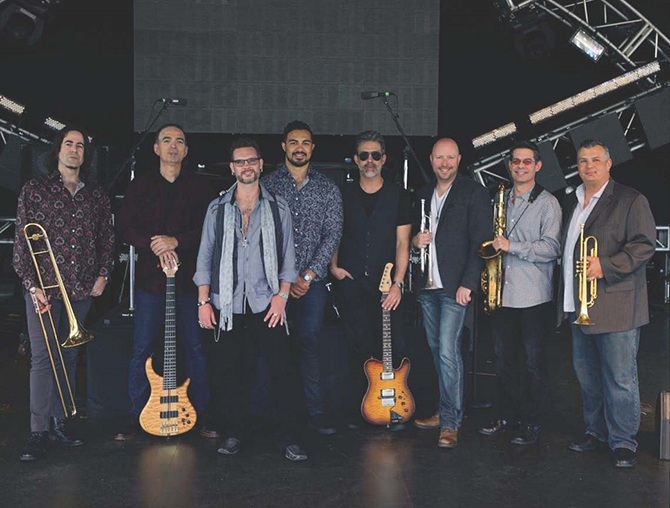 Blood, Sweat & Tears made history in 1970 when its second record (Blood, Sweat & Tears) beat out The Beatles’ Abbey Road and won Grammy Album of the Year. The group’s unique sound fuses rock, blues, pop music, horn arrangements and jazz improvisation for a hybrid that’s become known as jazz-rock. Some of their greatest hits include You’ve Made Me So Very Happy, And When I Die, God Bless The Child, Lucretia Mac Evil, and Spinning Wheel.

Since Bo Bice, (who finished second to Carrie Underwood on American Idol in 2005) joined the band as lead singer in 2013, the response has been overwhelming, with fans declaring that Bice is the best BS&T singer in recent history. 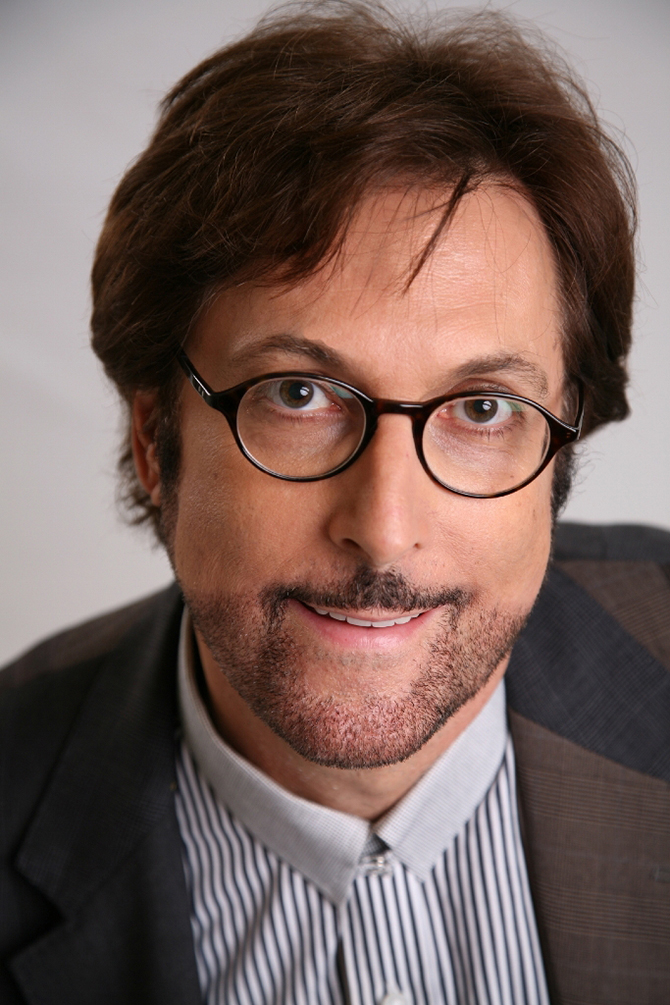 Stephen Bishop was nominated for a Grammy with his first album, 1976’s Gold-selling Careless, which also produced the hit songs On and On and Save It For a Rainy Day. A-level recording artists such as Phil Collins, Eric Clapton, Barbra Streisand and Art Garfunkel have performed his songs. And It Might Be You (for which Bishop also sung the vocals) was the theme song for the 1982 romantic comedy Tootsie. Separate Lives, Bishop’s heart-wrenching theme song for the 1985 film White Nights, was especially well-received: the duet between Phil Collins and Louisville’s own Marilyn Martin not only landing #1 on Billboard’s chart list, but also nominated for an Academy Award as “Best Song.”