Kiss Me Kate
CenterStage in Central Park
Passions run high as leading lady Lilli Vanessi and her ex-husband, actor/director Fred Graham, battle onstage and off in a musical version of Shakespeare’s Taming of the Shrew. With romance, comedy, and sophistication, Kiss Me Kate combines the irreverent humor of two brilliant writers: Cole Porter and William Shakespeare. Musical numbers include So In Love, Wunderbar, Tom, Dick or Harry, Too Darn Hot, Brush Up Your Shakespeare, I Hate Men, Always True to You (In My Fashion) and Another Op’nin’, Another Show.
The original Broadway production in 1948 swept the Tony Awards, and the 1999 Broadway revival received seven additional Tony nominations.
WHEN: August 1-6, 8pm, pre-show 7:15pm
WHERE: C. Douglas Ramey Amphitheater in Central Park
TICKETS: Free admission 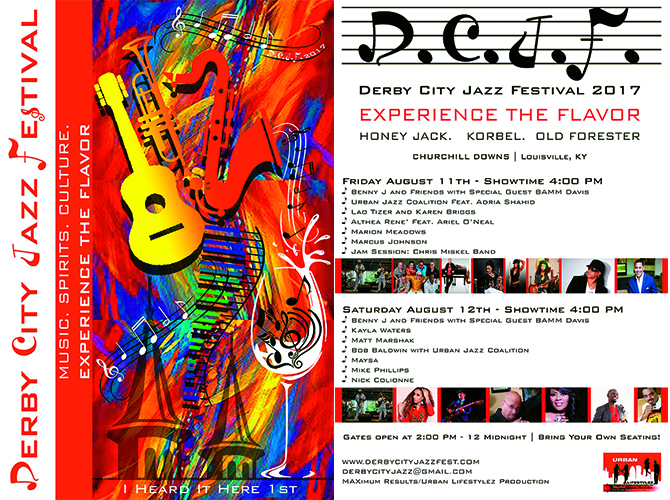 Derby City Jazz Festival
Churchill Downs
The second annual Derby City Jazz Festival (DCJF) is the culmination of Louisville’s commitment to bringing together a diverse and unique group of jazz musicians from across the country.
This year the location has moved to Churchill Downs. “Churchill Downs has always been synonymous with a good time,” said Max Maxwell, CEO of DCJF, “which is why it made perfect sense to host an upbeat music festival that matches the spirit of the venue itself… Louisville is a place filled with soul, culture, and creativity, and we have a great legacy. We hope that DCJF will one day be the world’s largest jazz festival – truly showcasing what makes our city special.”
**Friday night features a special performance of all female artists and the band that includes Althea Rene’, and Ariel O’Neal. This ultimate jazz experience will showcase and pay a special tribute to the power of women. Those in attendance will also be able to stop by the Korbel tent after their performance to meet the artists, get autographs, and take photos.
On Saturday night female vocalist Maysa performs along with Kayla Waters, who is lighting up the charts as a brilliant keyboard artist. The festival’s 2017 headliner is Marion Meadows.
WHEN: August 11 and 12. Doors open 3pm. Shows run 4pm-midnight.
WHERE: Churchill Downs. Bring your own chairs. Umbrellas permitted.TICKETS: General – $50 per night. Preferred – $60 per night. Purchase tickets here. 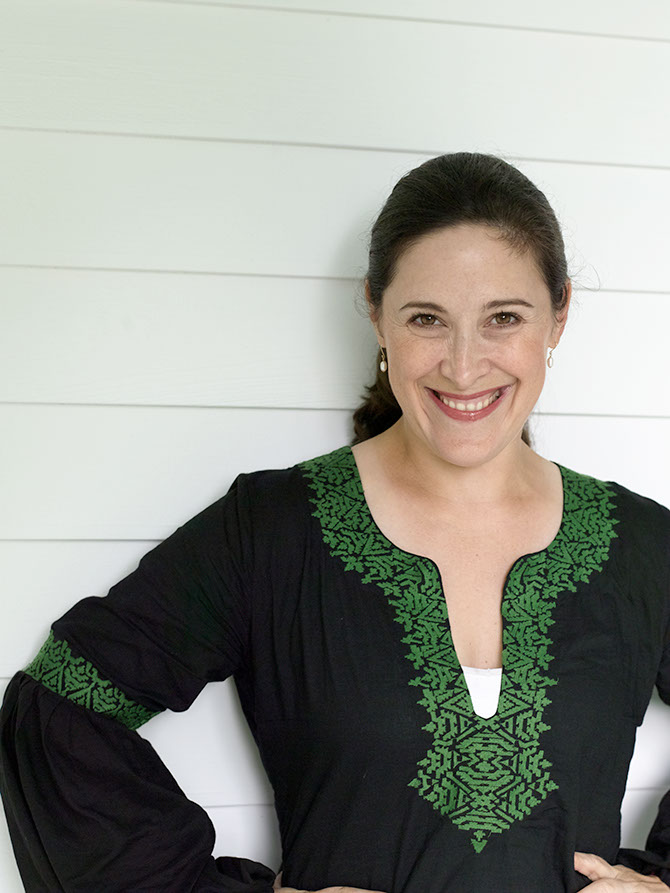 Elizabeth Mayhew: “From KentUCKy to KenLUCKY-How Kentucky Roots Helped Propel Her Success
The Kentucky Center
The Kentucky to the World Republic Bank Foundation Speaker Series welcomes style expert and Louisville native Elizabeth Mayhew, who will share how being born and raised in Kentucky has propelled her success in some unexpected and amazing directions. Mayhew will also have a conversation with WAVE 3 anchor Shannon Cogan. Mayhew is currently the brand editor for Reese Witherspoon’s Southern-inspired brand, Draper James. She also works as a contributing editor for NBC’s Today and is a popular monthly columnist for The Washington Post. Katie Couric once said, “Learning decorating tips from Elizabeth Mayhew is like spending time with a good friend who has your best interests at heart.”
WHEN: August 23; Reception begins @ 5:30pm, program begins @ 6:30pm
WHERE: The Kentucky Center’s Bomhard TheatreTICKETS: $25CONTACT: In-person at The Kentucky Center box office and drive-thru or by phone 502.584.7777, 800.775.7777 or here. Call 502.566.5111 for information about the range of accessibility options offered.
By April Allman|2017-08-03T08:30:00-04:00August 3, 2017|Entertainment|