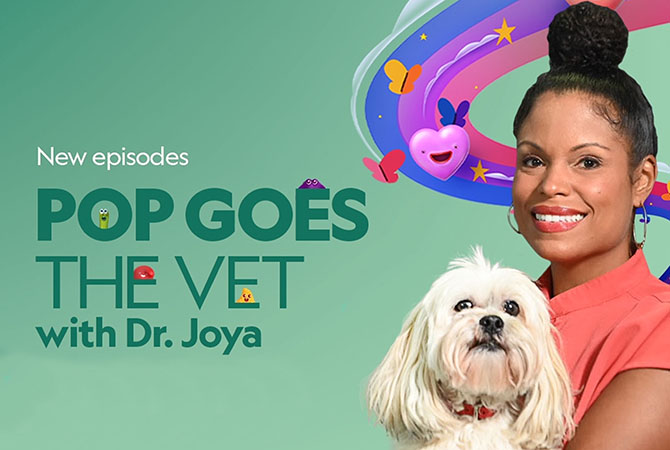 Check out Pop Goes the Vet with Dr. Joya on Nat Geo WILD Saturdays at 10pm or Streaming on Disney+

January 1 of this year brought the debut of the reality series Pop Goes the Vet with Dr. Joya, starring veterinary dermatologist Dr. Joya Griffin. Available on Nat Geo WILD network and streaming on Disney+, the eight episode first season was filmed last spring at the Louisville branch of the Animal Dermatology Clinic, and follows Joya and her team as they treat dermatology patients with all kinds of skin-related afflictions (think veterinary version of the YouTube and television sensation Dr. Pimple Popper).

“I always felt like I had a story to tell,” says the Dayton, Ohio, native. “But I’d imagined (that) I would write a book one day, which would be turned into a screenplay. This is different from what I could ever have imagined, and maybe in some ways better, because I am able to show the world what I do…the animals that I treat, and my amazing staff. I’m just super excited about that.”

Upon further reflection, she says with a laugh, “I don’t know how I would have even found the time to write the book…considering the fact that I have three small children (under the age of eight), including four-year-old twins!”

About her particular field of medicine, she says: “A veterinary dermatologist is a little-known specialty, with only about 300 of us in this country. The Louisville clinic is also the largest of its kind in the country. And I’m one of four African American women who are in the College of Veterinary Dermatology.”