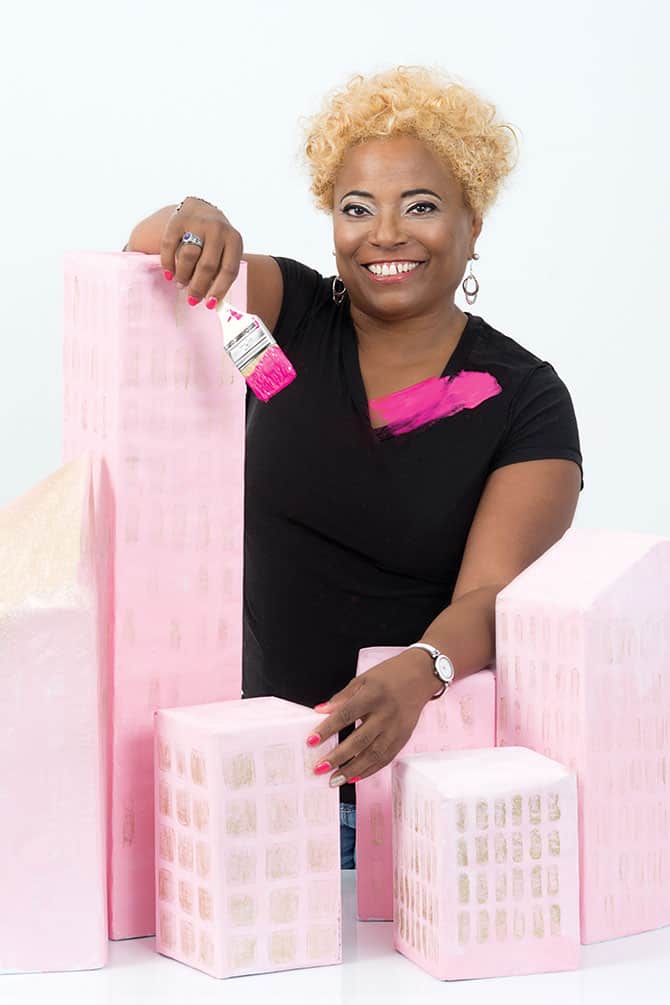 Name: Robin Kennedy
Age: 54
Job: Administrative Coordinator, Metro Government
Diagnosis: Breast cancer stage 1, May 2012
How She Found Out: Detected in routine mammogram
Treatments: Two lumpectomies in may of 2012 and again in June 2012, a double mastectomy in July. TRAM flap bilateral reconstruct in August .
Support Groups: Gilda’s Club Louisville, Norton’s Pink Pilates exercise class, Kentucky African Americans Against Cancer through James Brown. Friends for Hope.
Best Thing She Did For Herself: Made myself volunteer with support groups and I surrounded myself with those who had walked in my shoes where we raised each other up.

Advice Robin Would Give To People With Loved Ones Battling Breast Cancer: Focus on yourself! Don’t overwhelm yourself with everyone else’s stories and history. Everyone knows someone who gets this, but I told people I didn’t want to hear it, because I needed to learn about it as I went through it myself an do what was right for me.

Best Thing Someone Did For Her During Her Battle: They gave me my space when I needed to accept what I was going through and didn’t overwhelm me with their experiences or traumatic events.

Robin will be showing her strength, courage, and power at the Pink Woman Fashion Show. Be there to see her walk down the runway on October 19!