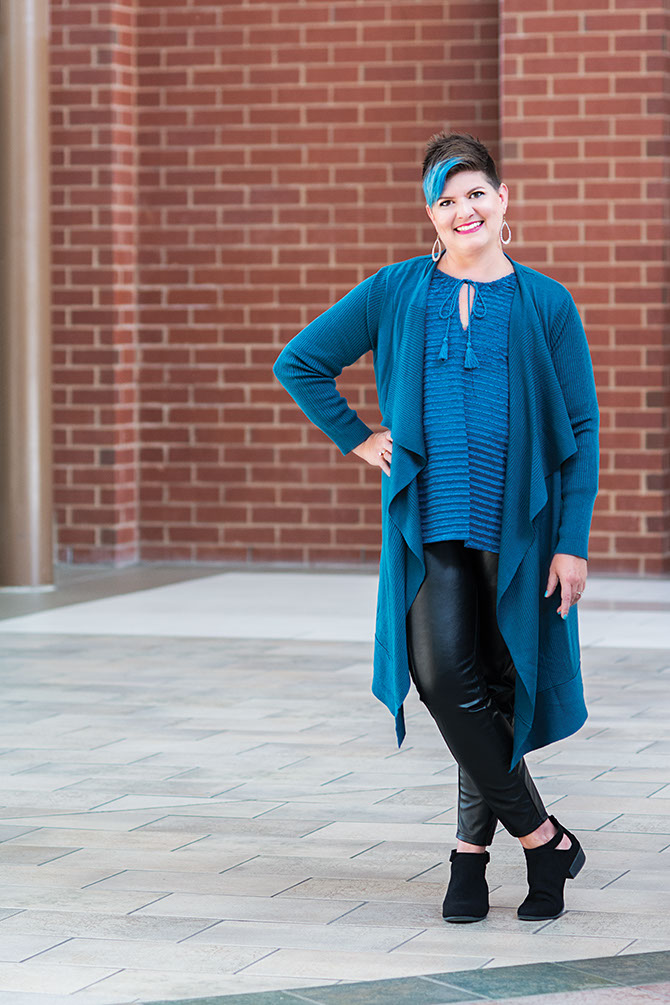 Resilience has become a philosophy of living for Alana Auslander-Price who was diagnosed with stage four metastatic breast cancer in 2012. After enduring multiple treatments, which included having a double mastectomy and oophorectomy, Alana, 42, had a dragonfly tattooed on her scars instead of having breast reconstruction.

The dragonfly, Alana says, symbolizes resilience and after five years, she hasn’t broken her stride. Alana believes breast cancer patients shouldn’t let their diagnosis be the defining factor of their lives and says women have more power over their outcome when they take control of their health. “Don’t ever compare yourself with anyone else. Each journey is completely different. I’m stage four and thriving. Also, all women must be advocates for their bodies. Don’t ever be satisfied with ‘we’ll just watch it for six months.’ If I had, I wouldn’t be here!”

Alana will be one of 30 breast cancer survivors participating as a model in our Pink Woman Fashion Show on October 19. You won’t want to miss this! Purchase your tickets here.