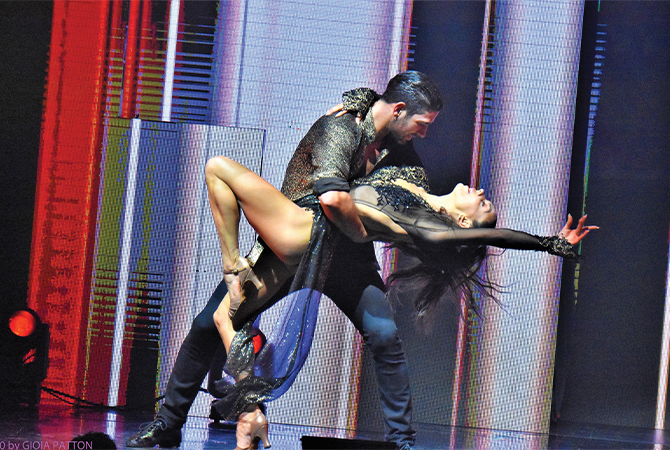 Dancing With The Stars: Live! Photo by Gioia Patton

Here are some noteworthy events to add to your social calendar this season.

Dancing With the Stars: Live!

The all-new stage show features your favorite professional dancers from the hit TV series (and a celebrity competitor guest star), performing brand new numbers and some of the showstoppers featured in season 31. The tour delivers a spectacular night of captivating dance performances from world-renowned dancers including (*past Mirror Ball winners) *Emma Slater,  and *Alan Bersten, Sasha Farber, Gleb Savchenko, Britt Stewart, Brandon Armstrong, and So You Think You Can Dance winner Alexis Warr (who now appears on DWTS). 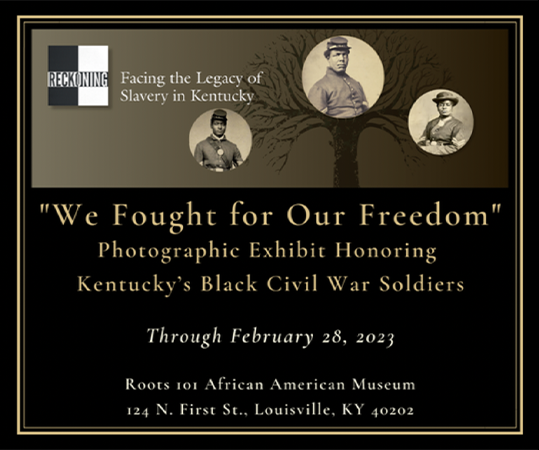 This exhibit displays photos of the soldiers who served in the Union Army’s 108th U.S. Colored Infantry Regiment, which was mustered in Louisville in June 1864. The regiment consisted of enslaved men from Kentucky who served with distinction guarding Confederate prisoners of war at the Rock Island military prison in Illinois. The photo exhibit is a partnership between Root 101 and the non-profit, Reckoning Inc. and uses military records and archival documents from the non-profit’s initiative titled “Kentucky U.S. Colored Troops Project,” to construct the family trees of the enslaved soldiers. The “We Fought for Our Freedom” exhibit is a must-see for everyone to understand and honor the heroic contributions made by African American soldiers in the Civil War. 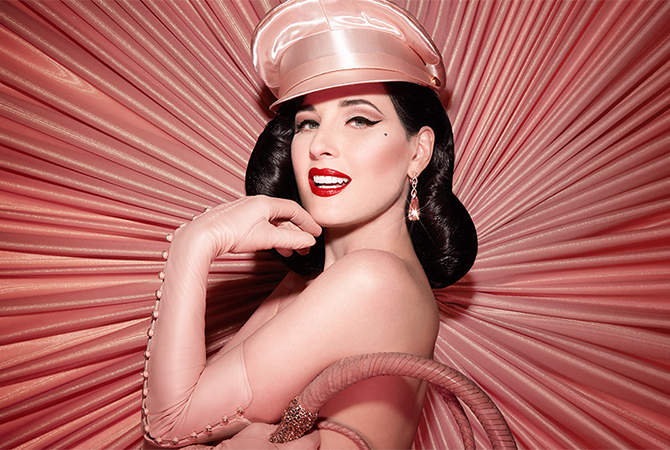 Glamonatrix is breaking records as the biggest and most lavish burlesque show in history. “For me, burlesque has always been about finding my own confidence, liberating the taboo of striptease with fantastical stripscapes, while encouraging others to indulge in and enjoy their own sensuality,” says Dita Von Teese. Aiming to use burlesque as a celebration of beauty and sensuality, Von Teese says the show speaks with an unapologetic sensual power. “I’m proud to be a part of the modern burlesque movement and I’m grateful to have the chance to tour with performers who change people’s minds about striptease.” 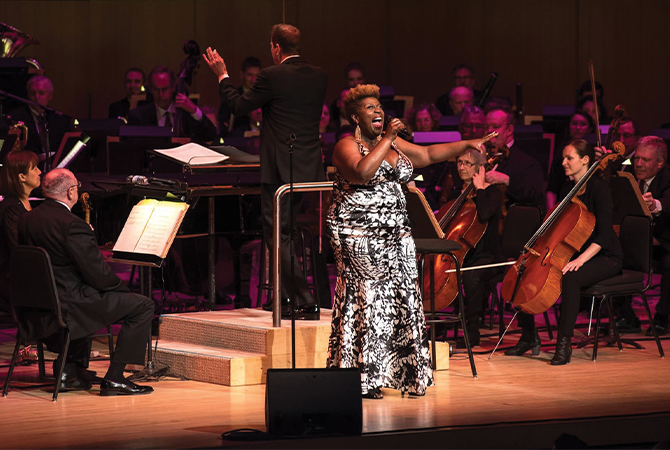 The Louisville Orchestra under the baton of Bob Bernhardt along with Broadway diva Capathia Jenkins and three-time GRAMMY® nominee Ryan Shaw, will perform many of the songs made famous by Queen of Soul Aretha Franklin (i.e. Respect, Think, A Natural Woman, Chain of Fools, Amazing Grace). The late, multiple GRAMMY® winner became the first female artist to be inducted into the Rock & Roll Hall of Fame in 1987 and is one of the most honored artists in GRAMMY® history. Aretha Franklin is also the only artist to perform at THREE presidential inaugurations! (Carter, Clinton, and Obama). The Louisville Orchestra’s tribute to Aretha is sure to be a memorable night for feel-good, classic soul music and great entertainment.

Performing with the original music arrangements, Dave Halston and his world-class band bring the Sinatra sound and swagger to the stage with a swanky Vegas vibe performing some of ‘Ol’ Blue Eyes’’ signature hits. Critics have raved about Halston’s tribute to the iconic Sinatra, calling it “stunning,” “spot-on,” and “a brilliant interpretation.” And after seeing Dave perform, Frank’s widow, Barbara Sinatra, called his performance “WONDERFUL!” 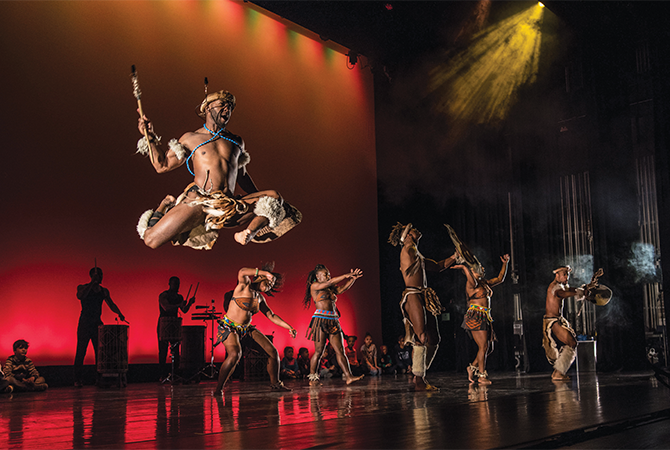 Ranked as one of the top ten African-American dance companies in the United States, Step Afrika! blends percussive dance styles practiced by historically African-American fraternities and sororities, traditional West and Southern African dances, and an array of contemporary dance and art forms into a cohesive, compelling artistic experience. Performances are much more than dance shows. They integrate songs, storytelling, humor and audience participation into the show. The blend of technique, agility, and pure energy makes each performance unique and leaves the audience with their hearts pounding. 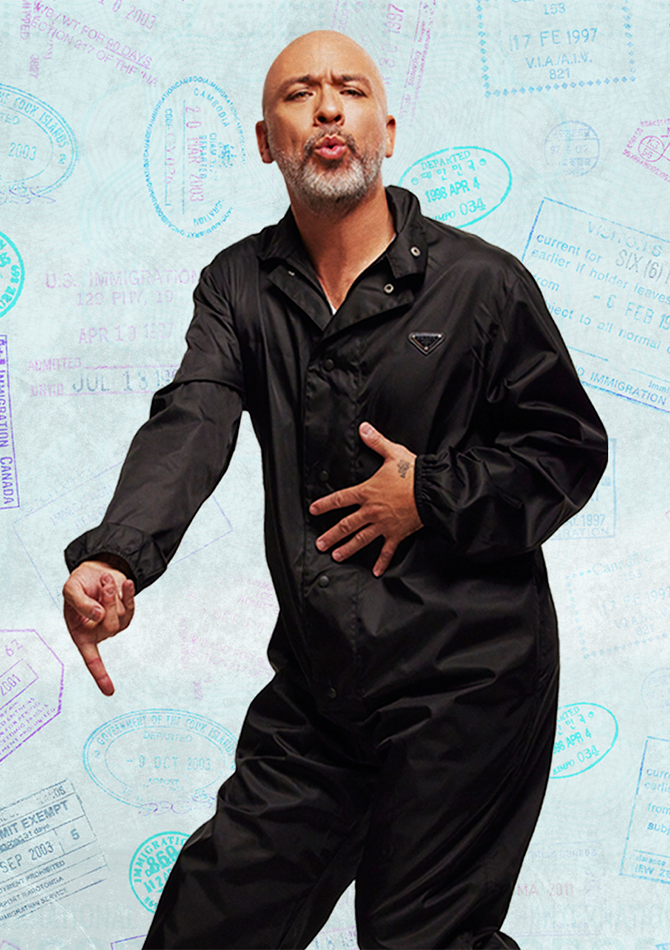 As one of today’s premier stand-up comedians, Jo Koy has come a long way from his modest  beginnings performing in a Las Vegas coffee house. The Seattle native’s uniquely relatable comedy pulls inspiration from his colorful Filipino-American family, and has translated into sold-out arenas around the world. Koy recently starred in the 2022 Universal Picture film Easter Sunday, set around a family gathering to celebrate Easter Sunday — the storyline based on his life experiences and stand-up comedy. As the Arts Insider is a huge fan, when tickets for his Louisville tour date went on sale, the Arts Insider was one of the first in line!