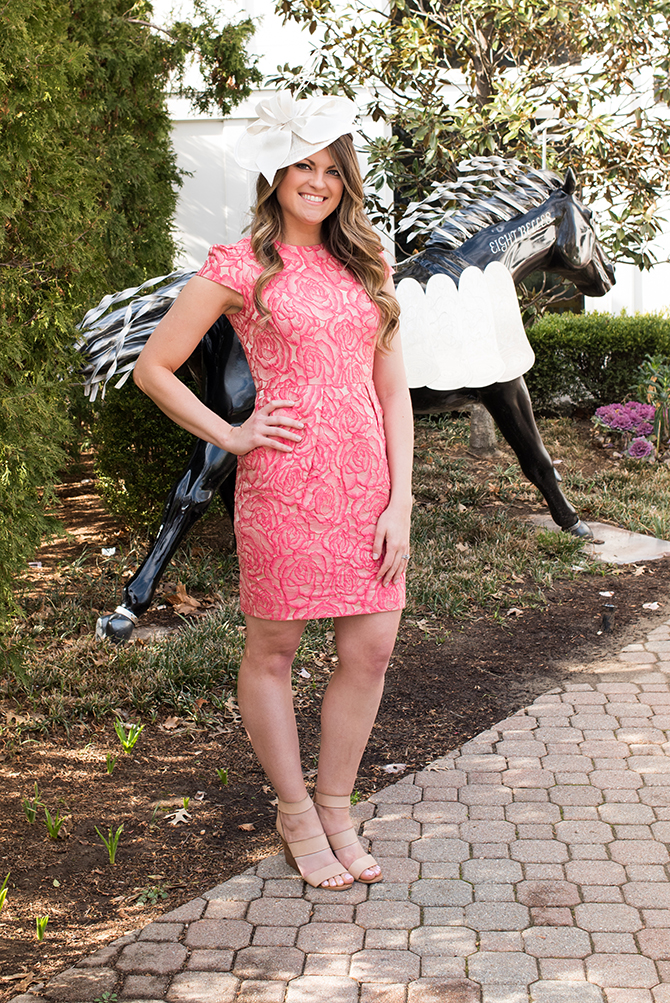 Zoie Wilson, 27, is originally from southeast Tennessee, but growing up within a semi-close proximity to Louisville meant she had gained some Kentucky Derby knowledge before she ever made the move to our great city.

“Being from Tennessee, I knew about the Kentucky Derby, but I had no idea what a fun and exciting time it would be!” she says.

“From the Museum’s Gala to Derby Day, to all of the planning in between, it’s a whirlwind but an amazing experience,” she says.

Favorite beauty product she loves for Derby:
“I always make time for an airbrush spray tan before all of the festivities begin,” she says. Zoie credits Pure Tan Studio, located on Frankfort Avenue, for her glowing, Derby-ready skin.

Her favorite fashion for Derby:
Zoie tags Cynthia Rowley as her favorite designer for Derby attire. She loves options with pockets to store all of those little essentials like her cell phone and favorite lip gloss.

For the big weekend, Zoie scouts for pieces that can withstand all of the hustle and bustle. “I love the off-the-shoulder trend for Spring, but I also need something I can move in while doing things like arranging tables and chairs, and setting up for the next party. I have to combine style and function,” she states.

For her first Derby as a Louisville local last year, she donned a floral dress (with pockets, of course) in navy, orange, and white. To top off the look, she selected a navy fascinator from the Museum gift shop. “It was the perfect complement to my dress,” she says. Zoie also offers a valuable insider’s tip — the Museum gift shop has a great array of hats and fascinators at a great price-point. “It’s the best kept secret for hats in Louisville!” she admits.

A couple of upcoming events at the Kentucky Derby Museum: