When You Draw Louisville Out of a Hat

When You Draw Louisville Out of a Hat


The day before the Twin Towers fell, Sharon Scott was riding her bike through the crowded New York City streets when she was hit by a car. She experienced head trauma and could barely stand from the vertigo. Her friend woke her up the next day to describe the tragedy outside, and they both rushed down to the towers just as the second plane tore through the skyscraper.

In the midst of the smoke and cacophony, the chaos of pedestrians and rescue workers trying to make sense of the scene, Sharon knew something had to change.

Like so many before her, Sharon made the great migration from the South to New York City to pursue art: sculpture, painting, and performance art. After graduating from Vanderbilt University with an English degree, she packed up her life and started a new chapter as a struggling artist who worked part-time at a library to eke out a living. 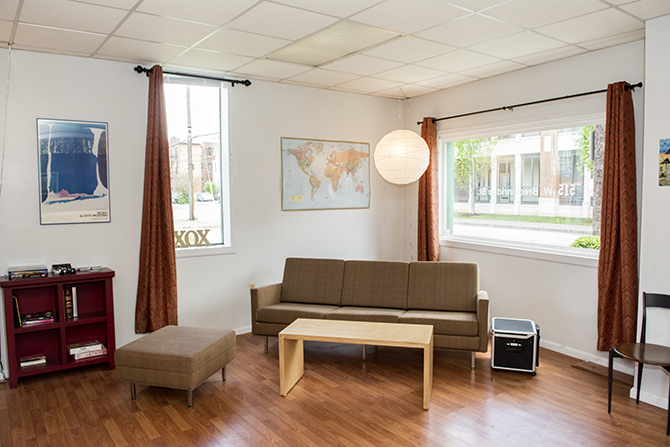 Life in NYC was hard, but those two days in September 2001 changed her fate. “That moment on the waterfront made me re-evaluate my life,” she says. “There was no art funding and the art scene was so cutthroat… I had to make a change, so my friend and I went back to our apartment and threw names of cities into a hat. I had written down Louisville because I would drive up and see shows there while I was in Nashville. I always had a good time and loved the people. Sure enough, we drew Louisville. There were forces way beyond my control that brought me here.”

The chain of events that led Sharon to launch Louisville’s new independent radio station, WXOX 97.1 FM, were equally as tied up in kismet. At Vandy she worked all four years at the college radio station. “College radio is highly competitive, but WRVU, Vandy’s station, said I could get on as a freshman. That’s why I chose Vanderbilt. I may have received an English degree, but my real education was in radio. I became the station’s director and was very interested in radio as its own artistic medium. I even wrote my honor’s thesis on performance art through radio.” 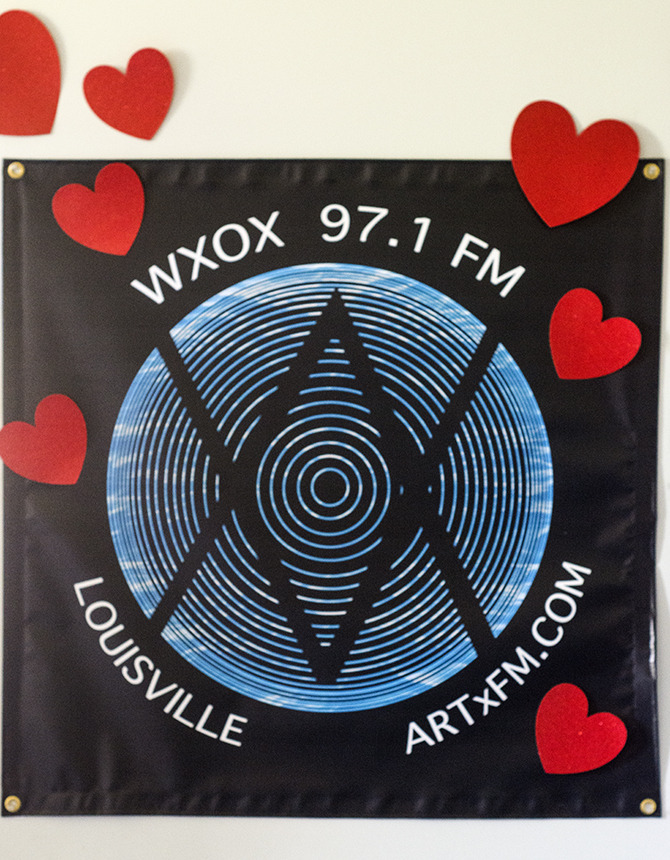 But before she came to settle in Louisville, Sharon returned to Nashville and led a campaign to save her beloved Vanderbilt radio station from being taken over by a national group. When that was unsuccessful, she launched an independent radio station in Nashville. In the meantime, and this is a story for another day, she wrote a 420-page encyclopedia of toys and used the proceeds to fund that station. 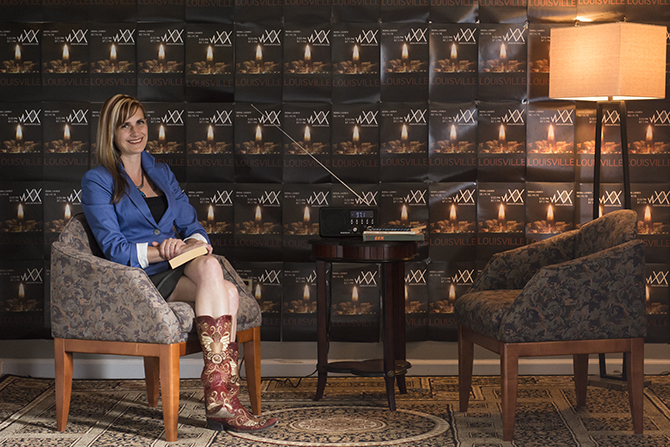 With all of Sharon’s radio experience and expertise in trying to save the Nashville station, she got wind of a few FM dials being opened up by the FCC. She applied for a nonprofit license for the WXOX and launched the first broadcast as a pop-up radio show at Ideafest (a show that featured an appearance from Janelle Monae). She also broadcast the station from her living room, Kentucky Museum of Art and Craft, donated space on Market Street, and now, from the station’s new home on 4th and Breckinridge.

WXOX is a community-based labor of love that relies on 120 volunteer DJs. “We are all volunteers here — even my husband and me. Ninety percent of my DJs have no prior radio experience — it’s like people have been waiting their whole lives for a microphone. This is truly a community effort and it takes a lot of trust — with a constant stream of people in and out of the space every day. But, it is amazing when people believe in your dream so much that it becomes their own. I get paid every day in energy and enthusiasm. I am constantly surprised by people’s dedication; it has restored my trust in humanity.”

WXOX is truly a “mom and pop” station akin to local radio of the past. Sharon runs the station, her husband mans the equipment and technology, and her son, Max (8), guest DJs as DJ Bob. Along with the extended family of over 120 volunteer DJs, a stream of music enthusiasts dropping by for live performances or just to hang out, and an eventual live recording studio, this community station is sure to become an integral rhythm in our city’s song. 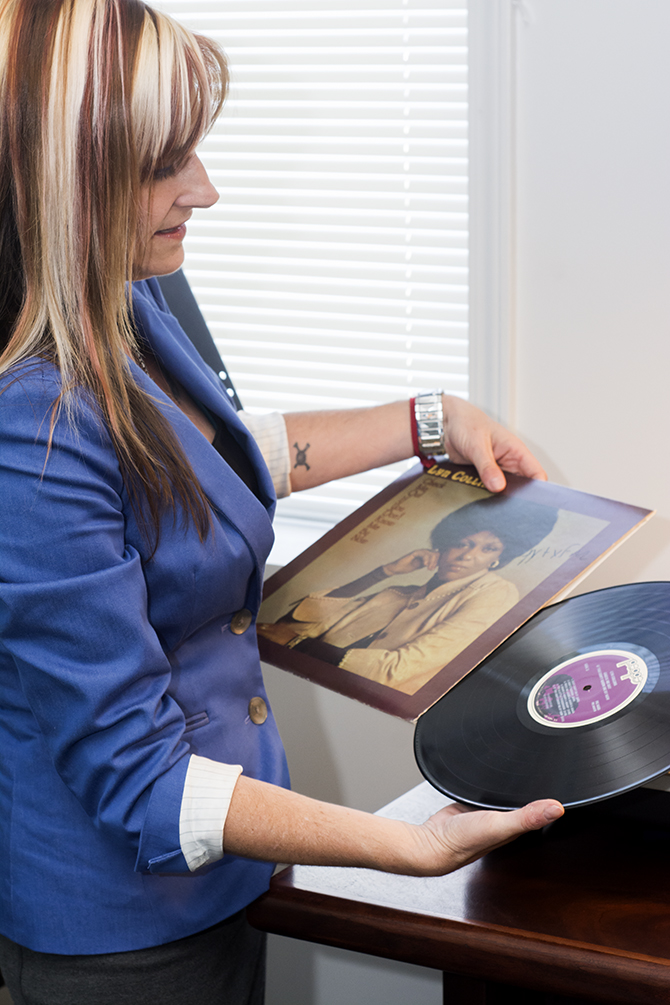 So what does mother of local independent radio, published author, and artist Sharon Scott read, watch, and listen to these days? 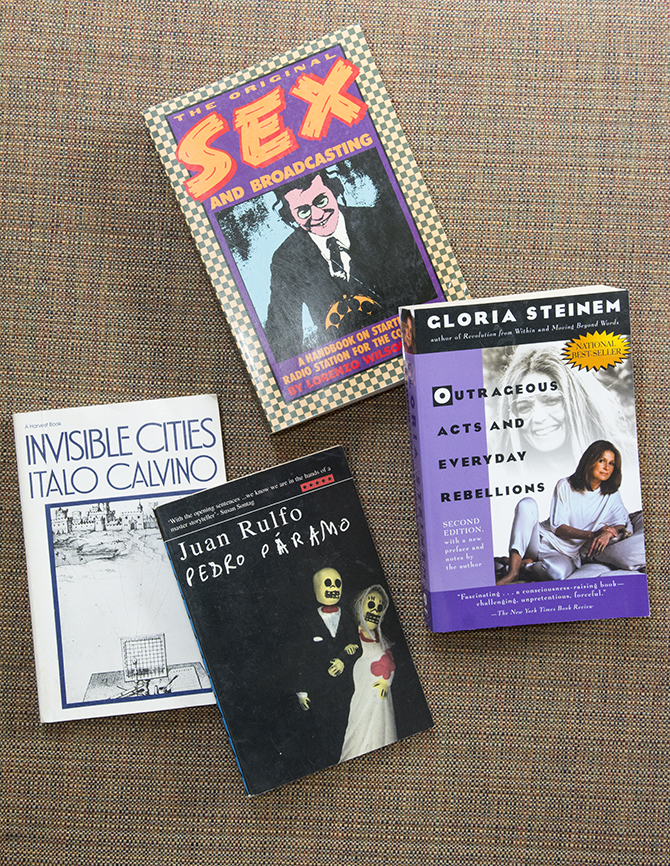 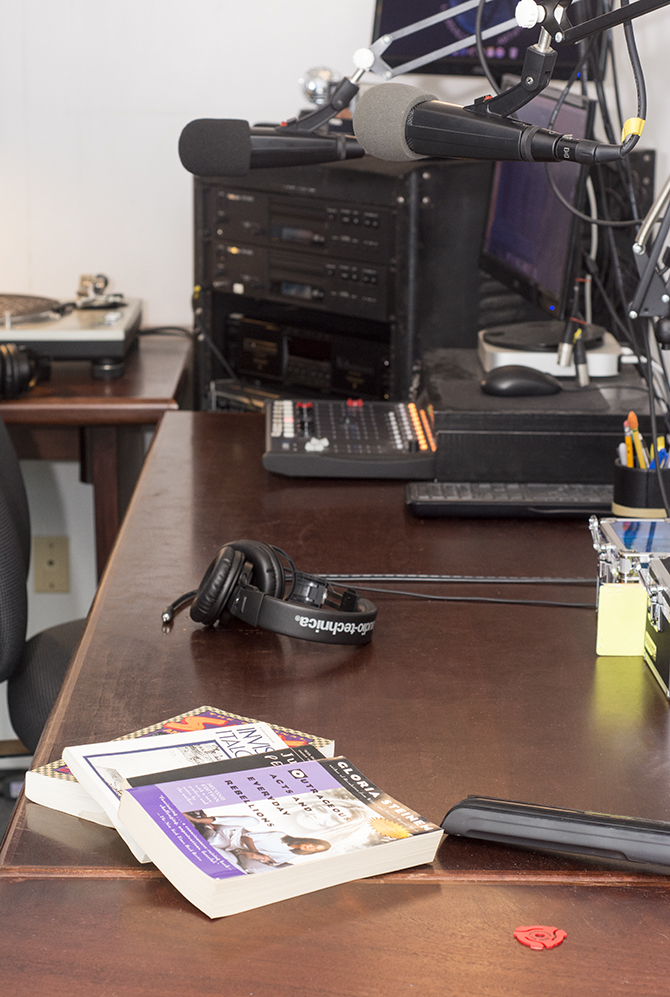 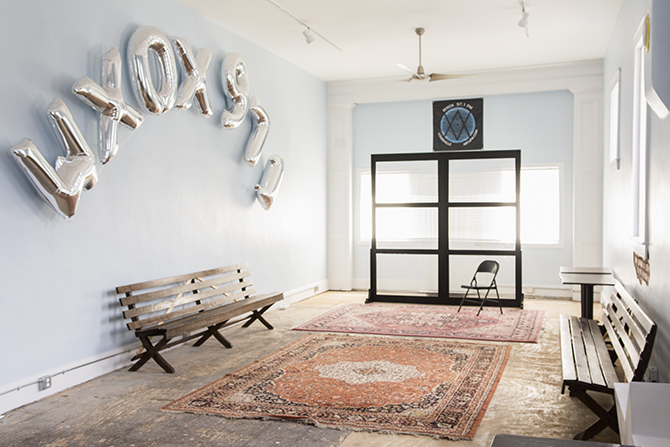 What She’s Listening to:
WXOX 97.1 FM of course! I listen 24 hours a day and now never have to pick out my own record. I hear all the latest tracks, catch up on all the latest trends through this one constantly evolving source. I really love the station because it is so diverse — it’s only the silence that scares me. I’m on call 24 hours a day, 7 days a week.

What’s on your reading, watching and listening list? Need some ideas? You can find a few more here. 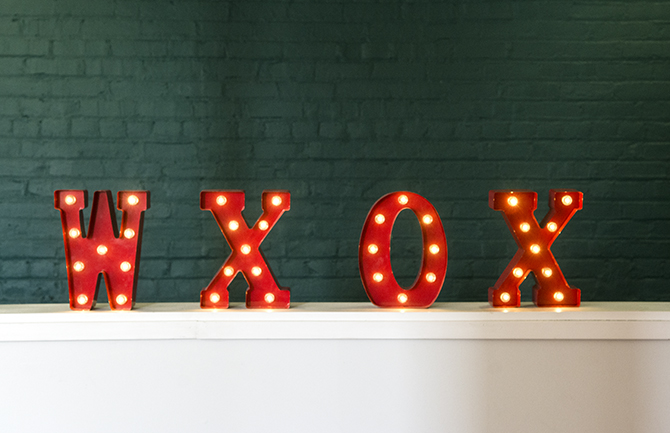