What Laura Lee Brown is Watching

What Laura Lee Brown is Watching

If you are the owner of the burgeoning 21c Museum Hotels, a collector of more than 2,000 works of contemporary art, own a historic horse farm, and have familial ties to the Brown-Forman spirits and wine company, chances are you’ll be throwing one hell of a party this Derby season.

Laura Lee Brown and her husband, Steve, bought Hermitage Farm in 2010 after a rumor that the historic horse farm was destined to be developed into a subdivision. The nearly two-century-old farm was originally built by Captain John Henshaw and has been the breeding mecca for the world’s most famous Thoroughbreds ever since. It has been the home to winners of the Oaks, Derby, and the Breeders’ Cup and has hosted many celebrities and one queen of England over the years.

But back to the epic party.

The Hermitage Grand Gala will benefit the West End School this year. Last year it featured host Martin Lawrence and a performance by Chris Rock; displayed the most innovative and festive modern art around; used more than 40,000 roses to create a genuine, Derby-style, red “carpet”; and provided entertainment that kept guests talking long after their hangovers wore off (picture a stage filled with male performers in a claw-foot tub filled with water, acrobatics, and carnival-style sword swallowers). 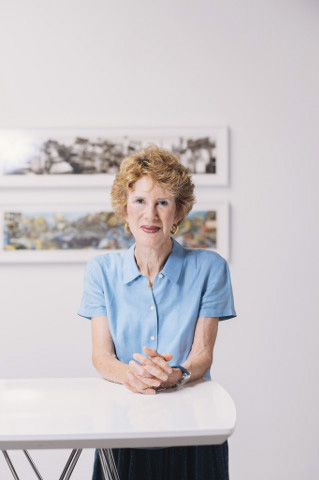 “The purpose of the Hermitage Grand Gala is to celebrate the Derby and provide our visitors from around the world a unique opportunity to enjoy our famous Southern hospitality,” Laura Lee says.

“Steve never likes to do the same thing twice, and there will always be surprises at the events we host. He even surprises me sometimes. This year 21c is going to be the presenting sponsor, so we will host it at the hotel. People can count on a delicious dinner created by Proof on Main chef Mike Wajda. We have some great friends joining us, like actor Adrian Grenier, whom we met during a Derby some years ago.”

In this season of Southern hospitality and pure decadence, it’s difficult to squeeze in a great book, but here’s what Laura Lee Brown has been reading between event planning.

What She’s Reading…
I don’t watch a lot of television, but I love Masterpiece Theatre on PBS. Sunday nights we [Laura and husband, Steve Wilson] make omelets together and watch Masterpiece. The Edwardian manners and the period clothes were truly intriguing!

What She’s Listening To…

I drive a lot back and forth to the farm and listen to books on tape. I just finished The Nightingale by Kristin Hannah and was awed by what the Germans did to the French Jews. So much physical and spiritual pain was endured.