Three Things She Learned from Cancer

Three Things She Learned from Cancer

If you suspect something, keep pushing…

Melissa Draut speaks calmly about being diagnosed in 2014 with soft tissue sarcoma, a rare form of cancer. Initially hesitant to share her story, Melissa, 57, weaves gratitude throughout it. “I’m living, I’m OK, and I’m doing most of what I want to do,” she says.

“My advice is if you suspect something, keep pushing.”

Melissa’s journey to find an answer to the strange pain in her hip began in August 2013. The Louisville native exercised frequently, which included lap swimming and yoga. “I thought that perhaps the pain was from how I had my leg oriented at yoga,” Melissa says. She started physical therapy for what she describes as a “pain in the butt.”

Over a seven-month period, Melissa had tests, blood work, and treatment for sciatica, which is pain from the nerve that runs from the lower back through the hips, buttocks, and down the leg. “I felt sick all of the time, and I had a great deal of pain,” Melissa says. “I knew that there was something wrong with me.”

She had a contract grant writing business that she started 10 years ago after retiring from a 24-year career in sales and marketing at The Courier-Journal. “I had to cut back on my business, wondering if that was part of what made me so tired,” Melissa says.

In April 2014, Melissa had a MRI that revealed a sarcoma tumor that measured four inches long. Bone and soft tissue sarcomas are the main types of sarcoma, according to the American Cancer Society. “It is very rare, with only one percent of adults with cancer being diagnosed with it,” Melissa says. “I’m glad that I kept pushing. The tumors disguise themselves.” Her doctor and physical therapist had never treated a soft tissue sarcoma before.

“I was very lucky that I was able to get good care,” Melissa says. She was referred to Dr. Shawn L. Price at The Norton Cancer Institute, where a sarcoma clinic had recently opened. “The team is there to try to give your life some normalcy,” she says. “I was scared out of my wits.” Melissa’s husband, Ken, organized a binder with all her medical information. He worked in Frankfort, and their son, Sam, was attending college.

Melissa began a journal, which her friend Holly forwarded by email to a list of friends. “I had a hard time posting it on Facebook — it would make it real,” Melissa says. Holly coordinated spreadsheets for friends to help with meal delivery, assistance at home, and companionship for medical appointments. Although she was encouraged to fight the battle by her cancer mentor, Melissa knew she needed help. “You live with the cancer, but you live,” she says. “I tried to be as peaceful as I could.”

In May, radiologist Dr. Yong Cha at Norton started Melissa on a grueling schedule of radiation five days a week for five weeks. The next step was to remove the sarcoma on July 17, 2014, a surgery with Dr. Price. Melissa says she’s fortunate that Dr. Price conferred with a national team from Brigham and Women’s Hospital and Harvard Medical School teaching hospital in Boston.

“Part of the gluteal muscle and the IT band (iliotibial band, which runs from the hip down to the outside of the knee) was removed where the tumor was located,” Melissa says. She was told that recovery could last for a year and she would have to learn to walk again. The borders around the tumor were clear, which meant that all of the malignancy had been removed.

Melissa spent a week in the hospital and was fitted with a brace that kept her midsection immobilized. She needed help with daily living activities such as hygiene, moving around the house, getting dressed, and tying her shoes. Laughter helped her get through the long recovery. She and Ken often watched funny movies or television shows. “Ken is the best caregiver in the world,” Melissa says. Sam, who was 20 at the time, committed much of his summer to helping the family.

Melissa slowly regained her strength month after month. “I did things that would keep me well and sane,” she says, which included painting classes at Preston Art Center and swimming at the Jewish Community Center, where her friends would practically carry her to the pool. “I was a determined patient.”

Now, nearly two years after cancer surgery, Melissa spends lunch hours four days a week doing physical therapy after swimming laps. “This spring, I started being able to walk more confidently,” she says. “I might not be able to outwalk you, but I can outswim you.”

There has been no recurrence at the site of the sarcoma. “Because the cancer is so rare, I have a quarterly MRI and a CT scan,” Melissa says. She shares three things she took away from the experience: “I’m lucky, I surrendered, and I practiced gratitude — always saying thank you.” And, she adds, “I have the most wonderful husband, family, friends and church members in the world.” 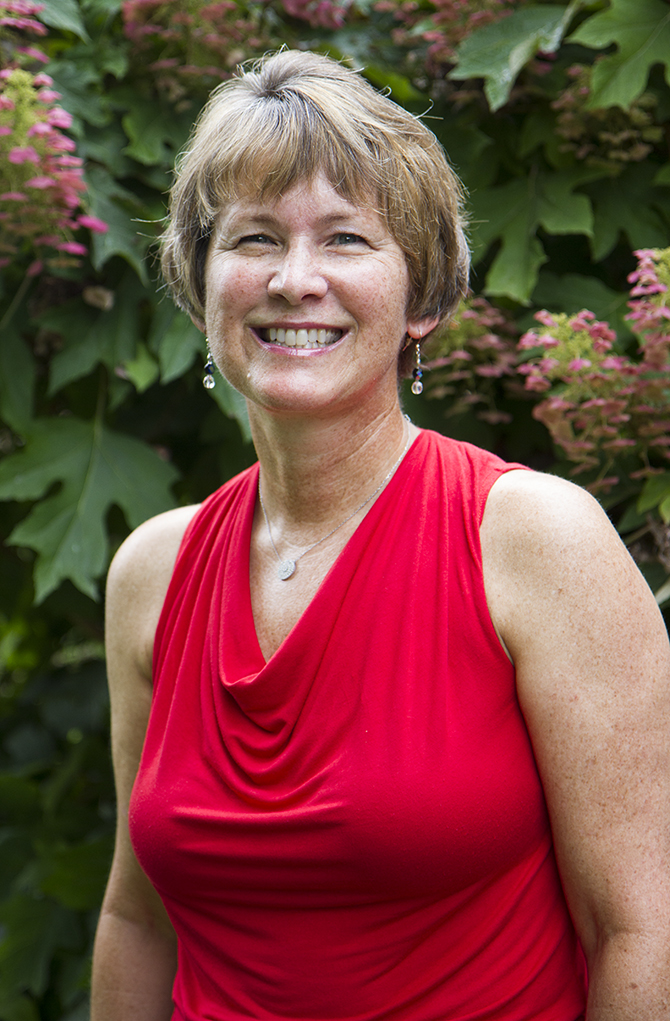 Are you a cancer survivor? What did you learn from your experience? Also, have you heard about our Pink Woman photo shoot for breast cancer survivors?