Three Places to Be This Month

Three Places to Be This Month 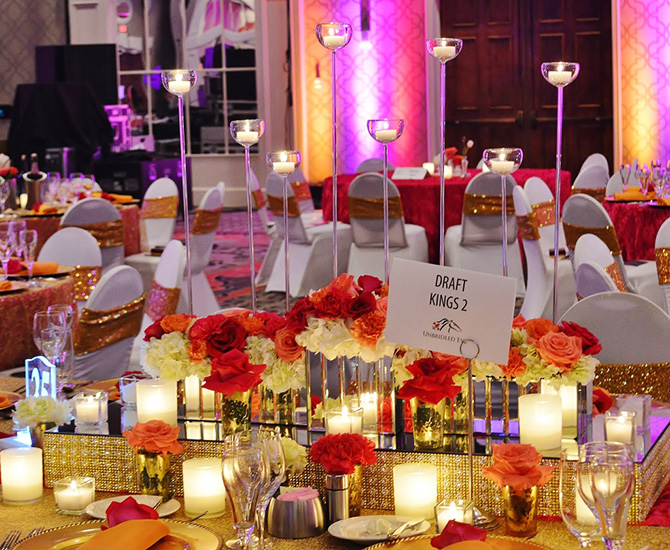 Our arts insider gives you ideas about places you can go for an exciting night out with friends.

Unbridled Eve Derby Gala
Experience a night of Southern grace, glamour, charm, and hospitality at its finest during the fifth annual Unbridled Eve Gala. Held on Derby Eve, this is one of the most anticipated black tie-optional events of the year for Louisville lovers, celebrities, and racing enthusiasts. This year’s Gala will feature pop singer Robin Thicke; country music superstar Wynonna; John Elefante, former frontman for the rock band Kansas; and Dennis DeYoung, founding member of the rock band Styx.

I wouldn’t dream of missing this stellar charitable Derby Eve event, which is produced by vivacious sisters Tammy York Day and Tonya York Dees of Louisville. Watch for my coverage of this event later in May on Today’s Woman’s Facebook page to read interviews with celebrities on the Red Carpet and see photos.

For the fourth year, Blessings in a Backpack has been named the primary beneficiary of Unbridled Eve for 2016.

Getting Out by Marsha Norman Getting Out was the first play written by nationally acclaimed Louisville playwright and novelist Marsha Norman. It premiered at Actors Theatre of Louisville in 1977 and closes out LFL’s current season in May.

The New York Times described the play: “Marsha Norman’s first attention-grabbing work…has one leading character played by two actresses…Arlene [has] been released as a ‘good prospect for integration into the social community’ after serving eight years for second-degree murder. She works through the intrusive memory of her criminal past (personified by Arlie) in the first 24 hours after Arlene’s release from a prison in Alabama.”

The 2016 production by Looking for Lilith will celebrate Marsha Norman’s upcoming 70th birthday and recognize her decades of accomplishments. Her multiple awards include a Tony award, a Pulitzer Prize for Drama, and most recently, the William Inge Distinguished Lifetime Achievement in Theatre Award.

“Recent conversations in our nation about the prison industrial complex, generational poverty, rates of recidivism, and the possibility of restorative justice make it a rich time to revisit this piece, particularly through the lens of a formerly incarcerated woman,” says Shannon Woolley Allison, LFL co-artistic director.

Abbey Road on the River

Abbey Road on the River is an annual Beatles-inspired music festival that brings together more than 20,000 fans to enjoy music from over 50 bands from around the world performing on six indoor and outdoor stages.

2016 marks the 12th year the event has been held in Louisville, and the 15th year overall.

Bands such as The Beach Boys and Jefferson Starship have graced the festival’s stages in years past. The 2016 festival lineup includes The Zombies, who also hail from England and are known for singles such as She’s Not There and their number one hit Time of the Season. Rock and Roll Hall of Famer Felix Cavaliere’s Rascals will also perform, bringing a high-energy set with hits such as Good Lovin, I’ve Been Lonely Too Long, Groovin, and A Beautiful Morning.

The event will also include a special presentation by Prudence Farrow, the daughter of actress Maureen O’Sullivan and writer/director John Farrow. Prudence met the Beatles while learning about transcendental meditation in India and became the subject of their song, Dear Prudence.

2016 also marks the final time AROTR will be held in Louisville. It will relocate in 2017 to RiverStage, a floating performance venue anchored on the banks of the Ohio River in downtown Jeffersonville, Indiana.

My photo album of the 2016 AROTR will be posted on Today’s Woman’s Facebook page a few days after the event.