“I never would have put that together.” I’ve been on the receiving end of this compliment a couple of times. Wait, is it a compliment? I take it as one, and so does Jessi Gross, director of annual funds for WaterStep. It’s the fashionistas who aren’t afraid to be bold with what they’re wearing. There’s no fear of mixing prints such as cheetah and camouflage or plaid with polka dots. “I love being a walking rainbow,” Jessi says.

Give it to me bright
“I’ve never been a fan of the little black dress,” says Jessi, who loves a bright palette. The redhead opts for greens and blues to make her hair color pop. She keeps her makeup relatively neutral save for eyeliner that usually coordinates with her outfit.

Her favorite look for work includes a blazer, sheer top, skinny jeans or dress pants, and heels. “Waterstep is very relaxed, but I never know who I may meet that day, so I need to dress more business casual,” Jessi says. But for summer, Jessi is a sucker for dresses. “When it’s Kentucky hot, I need all the ventilation I can get.”

Never pay full price
Jessi’s eccentric style finds roots in local thrift stores including Urban Kitty, Elizabeth’s, and Urban Attic. The employees at Urban Kitty know her style and make suggestions as soon as she walks through the entrance.

Jessi isn’t afraid to buy something she loves and have it tailored. “If I spend $3 on something, I don’t mind spending $10 to get it altered to fit me,” says Jessi, admitting she wouldn’t spend $20 on a shirt. In high school, she frequented the Unclaimed Baggage store where travelers’ unclaimed luggage is up for grabs. “I bought both my prom dresses, with $700 price tags, for $15,” she says.

Keeping clutter at bay
“Every time I buy something new, I get rid of something old,” Jessi says. She has a huge color-coordinated closet full of clothes. One person commented that she’d never seen Jessi wear the same thing twice. Jessi agrees. She moves the items she doesn’t wear to the back of her closet. Once she goes shopping, she loads up the has-beens and consigns them. “It keeps my closet fresh and keeps me entertained,” she says. 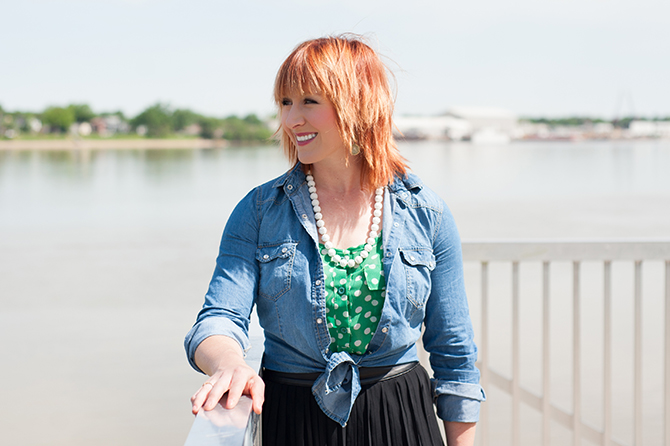 Makeup on a budget
Jessi used to splurge on department store makeup but found success with drugstore brands such as Covergirl, Almay, and Maybelline after the higher dollar brands irritated her skin. “My face cleared up and my bank account improved after switching to the cheap stuff,” Jessi says. “Once, I was putting on my makeup in the bathroom, and another lady told me she would have thought I spent hundreds on makeup.”

Leveling the playing field
When Jessi was in high school, style was used as currency for popularity. The more expensive the label, the bigger the deposit. “Girls would use fashion as a way to bully,” says Jessi, who struggled with an eating disorder in high school and college. “If someone comments on my outfit and I tell them I got it at Goodwill, it takes the air out,” she says. Most anyone can afford her thrift store finds. “I want to be approachable and accessible with how I dress.” 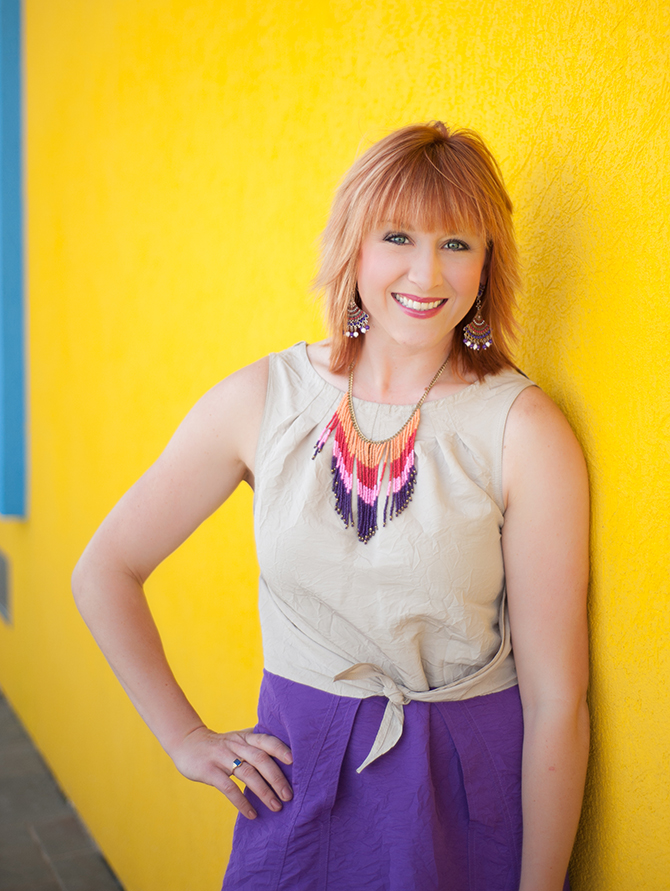