I’m Drawn to a Higher View

I’m Drawn to a Higher View

It is difficult to capture the essence of a person with mere words. Description often falls short and cannot truly convey the exact energy a radiant human so strongly casts. This certainly applies to Nana Lampton.

Sure, there are articulate bios out there that detail her accomplishments: a published author; graduate of both Wellesley College with a bachelor’s in English and the University of Virginia with a master’s in literature; the chairman and CEO of Hardscuffle Inc. and American Life and Accident Insurance Company of Kentucky; board member to virtually everything that advocates for nature conservation or historical preservation — Louisville community development, Shakers, Berea, or the arts. Oh, and she is the Honorary Consulate to the Kingdom of Morocco as well as a grass-fed Angus farmer, painter, and poet.

But this list only defines what she does — not how she thinks, not how she inspires, not her feminism. This is where description fails me.

In one hour together, I heard about a montage of life experiences that transcend Nana’s lifelong home of Louisville. Like poetry, they were pieced together in images that defined a life: Attending a very small Collegiate all-girls school. Attending speech classes as a Wellesley freshman. Talking to Diane Sawyer at Wellesley five years before Hillary Clinton arrived there. Meeting Gloria Steinem at a C200 conference in New York when she was one of only four women in her M.A. program at UVA. Being hired by her grandfather “in a time when women weren’t seen as much.” Traveling to Ireland and Morocco. Waking up to farm business each morning. Publishing her most recent book of poetry inspired by her grandfather, Wash the Dust from My Eyes. Being “crowded out” of her historic home by books.

Through these experiences, these images, Nana has nurtured her mind, first and foremost, and cultivated strong ties throughout her community.

“If there is one thing I believe, it is that belonging to a place, a company, and surrounding yourself with people that love you — belonging to them — that is what is really important for brain development,” Nana says.

“I’m drawn to a higher view,” she adds as she looks out toward the winding Ohio River from her lofty downtown office. “In literature and in life, a higher view captures more of what’s happening. From higher up, you get more of the picture; more point of view. Tolstoy is my favorite because he can achieve this. He can see an issue from all perspectives. I read to gain a higher view.” 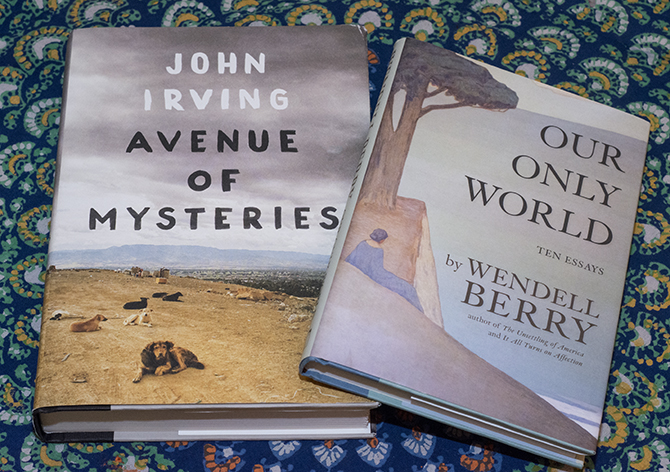 What She’s Listening To: