How I Deal with My Disease Without Medications

How I Deal with My Disease Without Medications


Kathy’s symptoms began with numbness in her feet that gradually moved up to her knees. “I would walk a 12-minute mile, and I could feel a buzzing in my legs,” she says. After an initial misdiagnosis,

it took six months of research and doctor visits, a spinal tap, and an MRI that showed several brain lesions to confirm that she had multiple sclerosis, which is a chronic, unpredictable disease of the central nervous system.

“My journey through the last 18 years has been trying to figure out what to do to not get worse,” Kathy, now 64, says. “It’s a matter of lifestyle choices versus medication for me.”

Kathy McDonald has an active lifestyle that includes kayaking, snow skiing with her grandchildren, and walking. She and her husband Larry, the parents of three children, live in Greenville, Indiana. The Louisville native is retired from a successful 23-year career in sales. 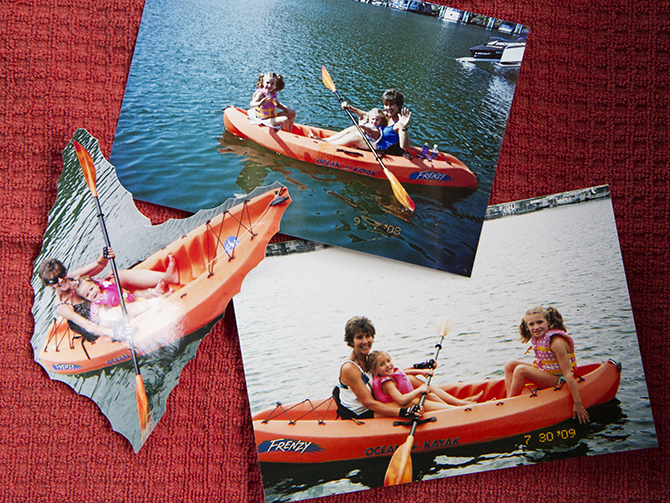 “My message to anyone being diagnosed with MS is to make educated decisions in your course of treatment by a physician you trust,” Kathy says.

Since the sensory area of Kathy’s brain is affected by MS, her main symptoms have included numbness in her feet, fingertips and lips. She’s also had hearing and vision distortions and vibrations, shortness of breath, swelling of her legs and ankles, increased urination, constipation, and shocking sensations in her legs.

When the brain lesions started to progress, Kathy had intravenous steroid treatments at the hospital to reduce inflammation. She kept a close eye on her symptoms and waited three years before she started taking medicine.

She began with daily injections of Copaxone, but stopped when her muscles started to atrophy. “My neurologist prescribed Avonex (interferon beta 1a), and I had weekly injections from 2002 to 2008,” she says.

In 2010, Kathy had surgery to remove a mass in her colon. Her father had a history of colon cancer, and Kathy was fortunate that the mass wasn’t cancerous. “After anesthesia, my liver enzymes were high,” she says. “I had to rest and take a break from the Avanex.”

Three years ago, Kathy saw a local internist who uses a holistic approach to health treatments. Tests showed that she is highly allergic to eggs and also has sensitivities to dairy, gluten and rye. “After consultations with a nurse practitioner and a dietician, I started eating natural, clean foods such as fruit, salads, and vegetables,” Kathy says. “Hopefully it will continue to work, but if I had some really bad symptoms, I would go back on medication.”

Daily vitamin and mineral supplements are included in Kathy’s regimen, as well as exercising, trying to get six to eight hours of sleep each night, and avoiding stress, which exacerbates her symptoms. “I focus on prayer and try to avoid worry, which is a negative,” she says. “I don’t fear — a lot of it is also my mental and spiritual attitude.”

Fatigue is a challenging symptom for Kathy, who enjoys spending time with her family, including her five grandchildren. She also volunteers at church and in community activities. “I’m very grateful to God that I can help,” Kathy says. “The MS has not progressed to making me debilitated.

“I’ve just chosen not to be a victim,” she continues. “The acronym JOY, which stands for Jesus, Others, Yourself, is much better than temporary happiness and has served me well through life choices. Things can happen in an instant, so I focus on today.”