Do You Know This Artist Lives Right In Your Town?

Do You Know This Artist Lives Right In Your Town?

Ann Stewart Anderson’s beliefs and experiences radiate through every brushstroke on a canvas, cutout from a magazine, or handmade bound album.

This Louisvillian is an 81-year-old artist out of Wellesley College (1957) and The American University (1961). Ann’s portfolio spans an impressive seven decades, and her work has consistently challenged social structures and expectations through that time. 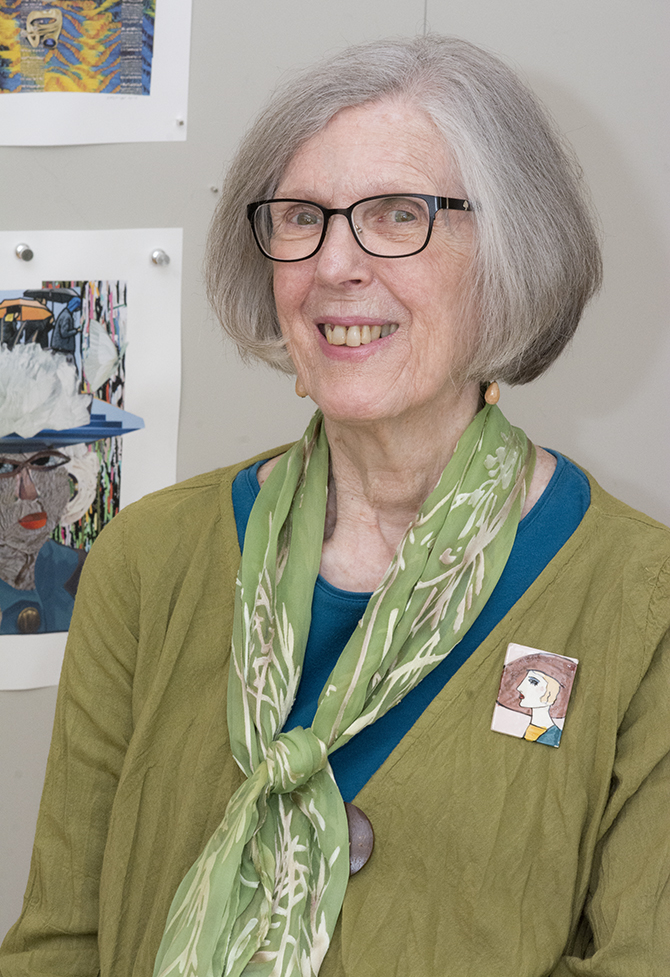 Her mom, an artist who graduated from Parsons School of Design, created an environment of independent thinking for Ann and her two younger sisters. “As a kid, I made paper dolls,” Ann says. “I loved to paint and color too. With my mom being an artist, I can’t imagine not doing it.” 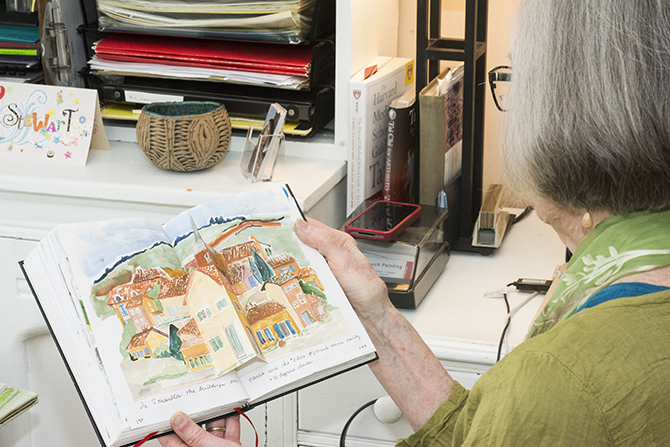 Ann describes herself as an “embryonic feminist.” Upon graduation, she was hired as a secretary to the assistant director at the Corcoran Gallery of Art in Washington DC. It took a year for Ann to move from secretary to Registrar of the museum. After graduate school, she accepted a position as a visiting elementary art consultant in Maryland.

Later she moved to Chicago and worked at the School of the Art Institute of Chicago as the Dean of students. About 10 years later, Ann ventured to Egypt, where she spent the next year documenting the ancient history and daily life of the locals with photographs, several published in National Geographic. Then Ann settled in Louisville where she doubled as a writer for Encyclopedia Britannica, Aramco, World magazine, the Courier-Journal, and as a lecturer at the Speed Museum, and art museums throughout the country. 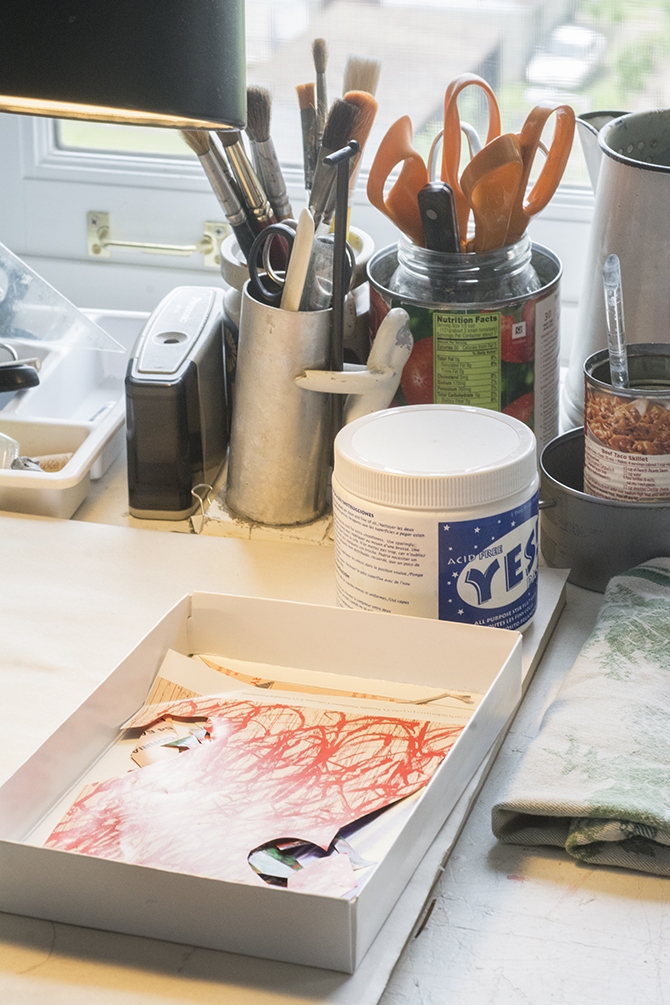 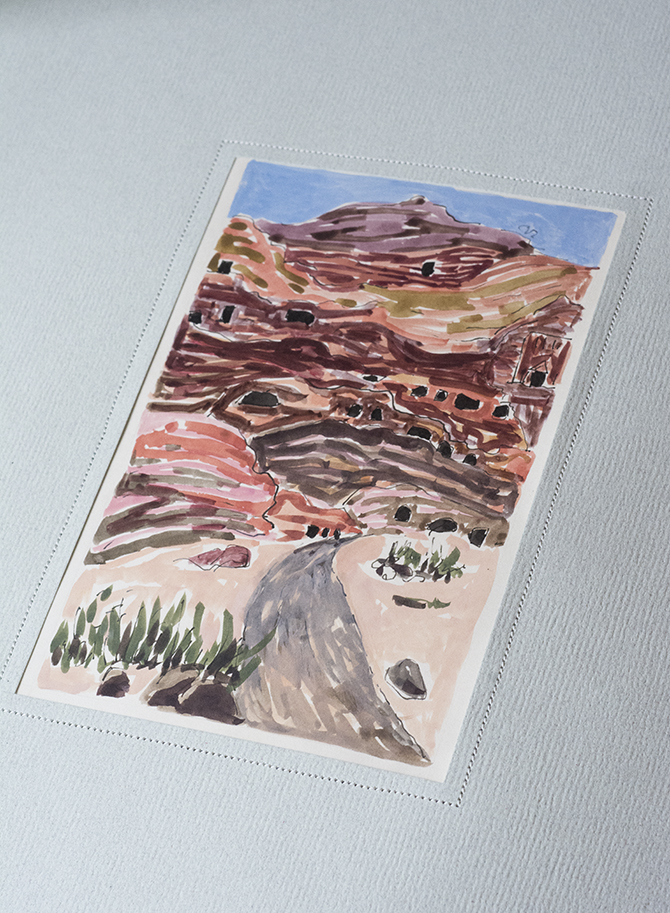 Eventually, Ann worked as the artist in residence at St. Francis High School and taught there until she became the executive director of The Kentucky Foundation For Women. “Of course, all this time I was working on my art. I think I have been fortunate to have such interesting ‘side jobs.’” In the mid-1970s, Ann experienced a simple, yet defining artistic moment. While she was eating pizza with a friend from high school, her friend said, “You should start concentrating on doing paintings about women.”

The work — much like its subject — is more complex than its aesthetic appearance. It’s a commentary that not only reflects her life, it portrays an array of circumstances — the mundane and the extraordinary, reality and the mythical, the struggles and triumphs

in which women from all walks of life can and will relate. Although there is a commonality in her themes, Ann uses several different mediums to share her message. Over the decades her work has transformed from paper dolls to broken glass mosaics, paintings of muses and women in hats, drawings, and her most current project, paper mosaics called “WOW: Wonderful Old Women.” 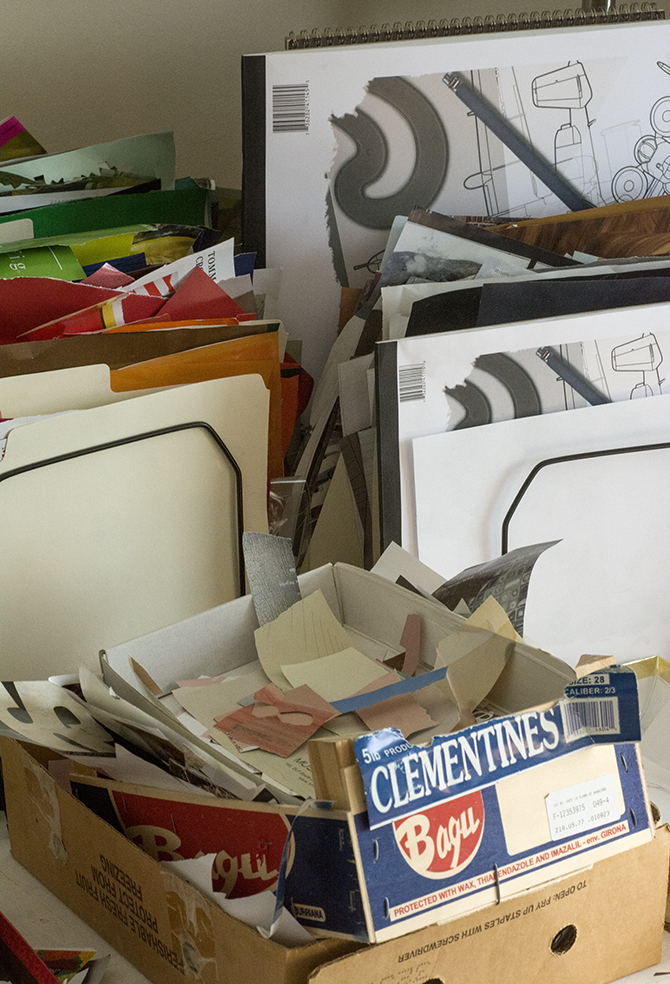 Highlighting Ann’s most notable work is a nearly impossible task because it is all great, and she has a lengthy list of accolades to prove it. One series, titled Mythic Women Juxtaposed finds contemporary women posed next to their Greek goddess counterparts. For example, Marilyn Monroe is paired with Aphrodite. Another series, Ugly Brides, was created in protest to the stigma that single women in their 30s would live out the rest of their days as spinsters. 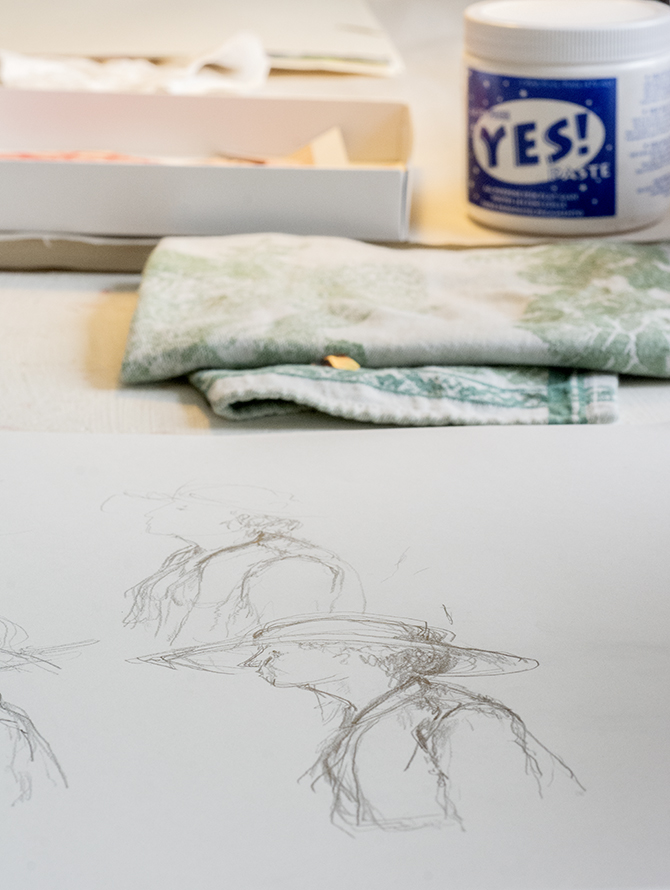 The legacy Ann leaves is one that transcends time and defies racial barriers and gender restrictions. “I think the creative energy is important to the whole world. Everybody is creative. Art spans cultures, time, and eras. It is calming to look at art. It is healing. I like being part of that. After the 9/ll disaster, I found myself spending more hours in my studio than had been my habit. I then understood my personal need to work to overcome the horrific destruction with my creative energy. This is my joy and my commitment.” 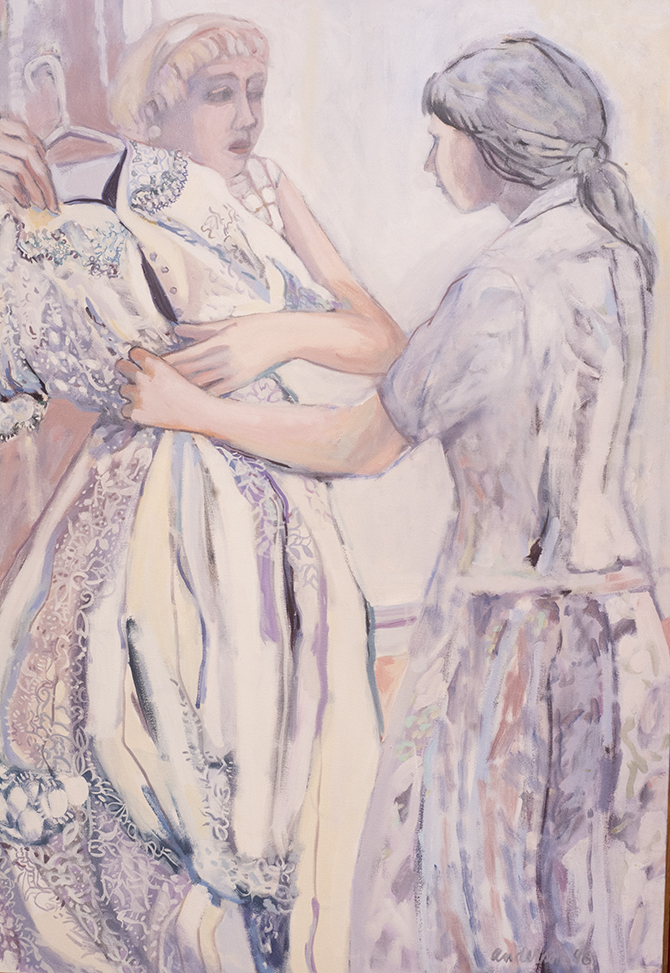 You can see Ann’s work at an exhibit at Galerie Hertz, May 31- July 9.

Have you bought any art recently? Do you have a favorite local artist? 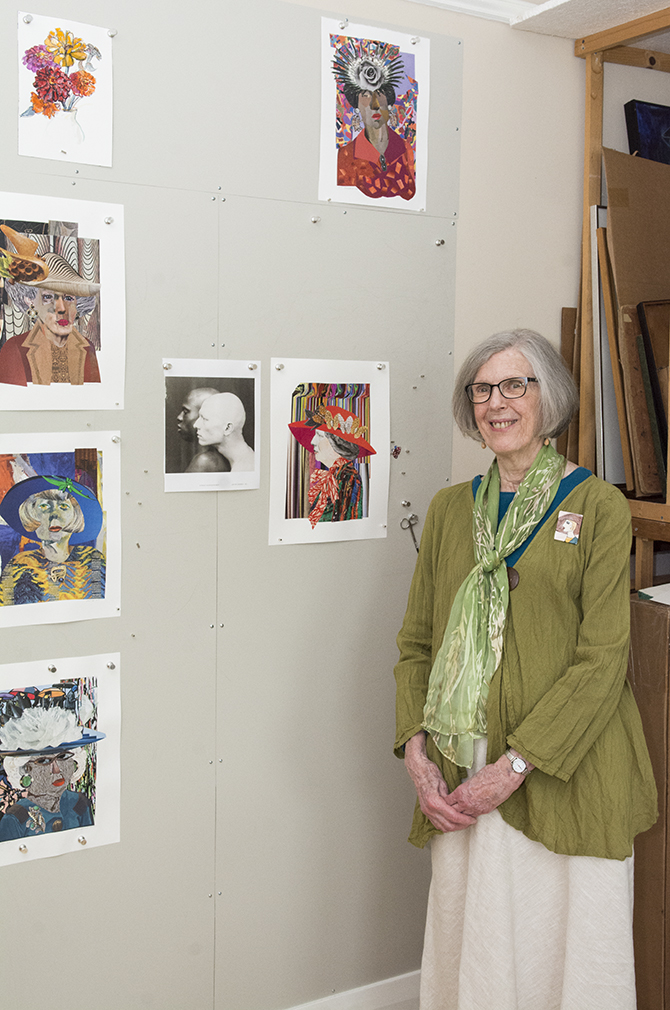