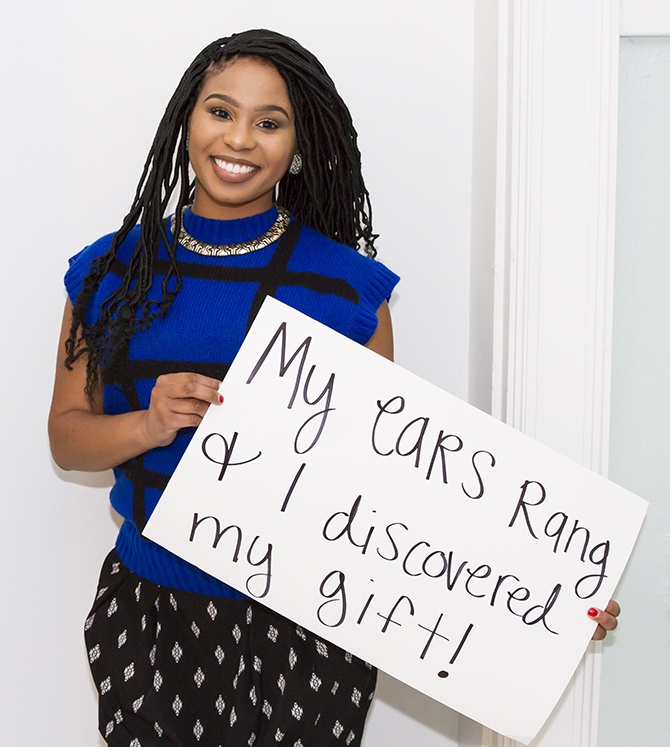 Amber Shobe’s Turning Point began with a ringing in her ears. But the sound wasn’t caused by a physical condition. She eventually determined its cause was otherworldly.

“This happened about two years ago,” Amber says. She was at the University of Kentucky studying for her master’s degree, working, and writing her thesis on environmental sustainability. “I was pretty stressed out, and I started hearing these ringing and buzzing and clicking noises in my ears. This went on for two weeks. I couldn’t figure out what it was. I went to an ear doctor. I thought I had tinnitus, but everything checked out.”

She started doing research online trying to find something that would explain these noises. She came across an article by Doreen Virtue, the founder of Angel Therapy who writes about angels and spirituality. In the article, Virtue wrote that some people receive divine messages or communications from angels and that the clicking and buzzing noise was the angels’ way of trying to get their attention.

When she read that, Amber says, the ringing in her ears began to make sense to her.

“I had known a psychic when I was growing up. She was my mom’s best friend. She had talked to me many times about angels and spirit guides, so I was open to the idea. I started really listening. At first I was a little scared, but once I figured out what was going on I just knew that I was safe and protected.”

Amber continued to read about the gift of clairaudience, which means a clear or psychic hearing of messages from the spiritual realm. She worked with a mentor, a psychic who lives in Lexington, who could understand what she was going through and answer her questions.

These experiences led her to live and teach in Thailand for six months. That was truly a time of self-discovery, she says, and a chance to communicate with angels and other spirit guides. During that time she also came to realize that she could communicate with people who have passed on.

“I do intuitive readings, crystal readings, and angelic readings. Usually people learn about me through word of mouth. Sometimes I will meet someone and just get a strong message and I want to share it with them,” Amber says. “There are always people looking to connect with those who have been in their lives and are now not. Although the sessions do drain me, I’m building stamina.”

It’s something that she has to work on every day. It has to be exercised, she says, just like a muscle. 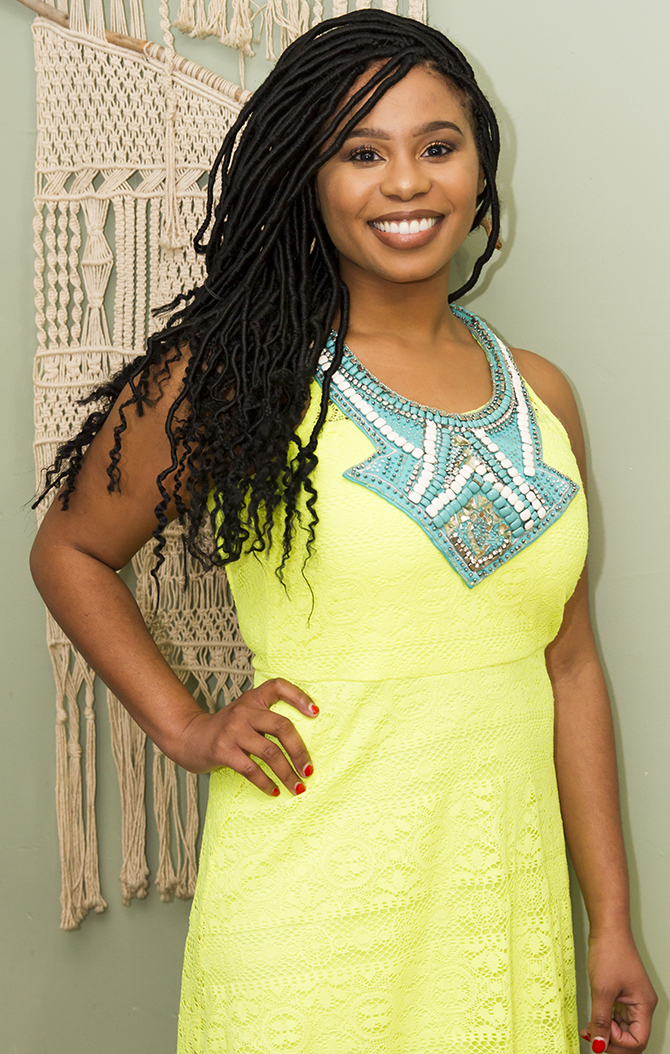 “It’s taken a while for me to look at this as a gift. It can be difficult. When I walk into a room I notice and feel what everyone’s feeling whereas someone else just notices what people are wearing. But seeing someone’s face light up when I deliver a message motivates me to keep going.”

Amber doesn’t see this gift as a contradiction to her faith. “I am a Christian first and a clairvoyant second. My ultimate goal is to connect as many people to loved ones on the other side as I can. At times it can become really overwhelming, but there is no better feeling than delivering a message to someone. I know that the people who love us never leave us. Our guides are people who have been with us and passed. They let me know they are there and encourage me to say something. At the end of my life, I want to have used everything that has been given to me.”