A Fascination With All Things Victorian

A Fascination With All Things Victorian

Deborah Lutz admits to having a penchant for things that edge on the creepy. To wit: the framed display of butterfly wings fashioned into a blue and yellow design that hangs on her living room wall. Or the two soft-brown moths, each the size of your palm, that are forever frozen — framed and under glass — that reside in her bedroom.

Then there is her collection of miniature black-and-white photographic portraits of straight-backed Victorian women in black dresses and stiff collars. These too decorate the white walls of her home.

Deborah is the Thruston B. Morton Professor of English at the University of Louisville. She is entranced with the Victorian age — its culture, its literature and, yes, its fascination with things that edge on the creepy.

She comes to our fair city via Boulder, Colorado, and Brooklyn, New York. As a relative newcomer to the neighborhood, she has been slowly filling her home with furnishings from local consignment shops and antique stores.

She is the author of four books that encompass the Victorian age from bad-boy Gothic lovers to mourning jewelry and death relics.

Her latest book, The Brontë Cabinet: Three Lives in Nine Objects takes a look at the lives and writings of the Brontë sisters — Emily, Anne, and Charlotte — through the items the sisters used and cherished: portable writing desks; needlework; walking sticks for those lonely treks across the moors. 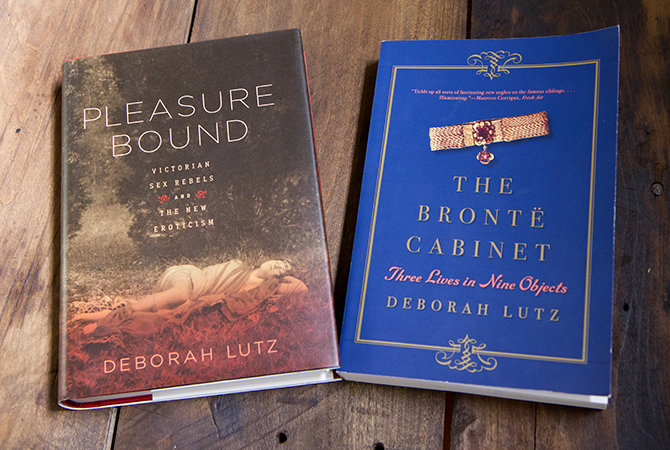 The book was short-listed for the 2016 PEN/Jacqueline Bograd Weld Award for Biography. Deborah is also editor of the forthcoming Norton Critical Edition of Jane Eyre and is just beginning her research for a fifth book examining 19th-century women and how they engaged with books and the writing materials they used.

With her fascination with the objects of the Victorians, what better person to ask, “What works in your life?”

As might be expected, Deborah’s three objects reflect her interest in the 19th century, her writing process, and above all, comfort.

Feather picture
“What I call my Feather Picture hangs on the wall above my kitchen table. I found it at the Louisville Antique Market. It was created sometime in the 19th century. It features a bird perched on a leafy branch. The branch and leaves are done in watercolor. The artist fashioned the bird from real feathers. The bird stands out of the picture plane. It has a 3D effect. It was most definitely made at home by someone, most probably a woman. I love that it is a mixture of real objects — the feathers — and then the creative input of the artist. It’s very colorful. The artist was trying to represent a particular bird. I don’t really know which species, but colors of red, orange, yellow, white, and gray are all included. I’ve seen many 19th century objects like this, but this is the most beautiful.” 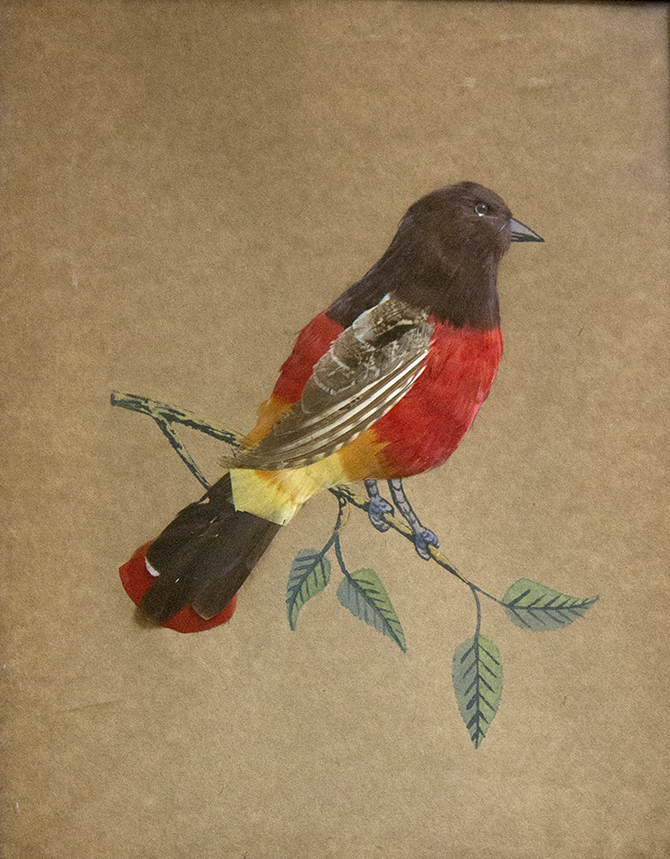 Vintage sofa
“I bought this green sofa from Furniture Dudes. I’m not sure if it is from the 19th century or 20th century. It is so comfortable. I spend an obscene amount of time here napping, reading, thinking. It is covered in a pale green brocade with a wood frame and legs. It has a high back and rolled arms. In size it is between a loveseat and a full-length sofa. The back is almost straight up and the seat is very deep. There is lots of room and it is especially comfortable for napping.” 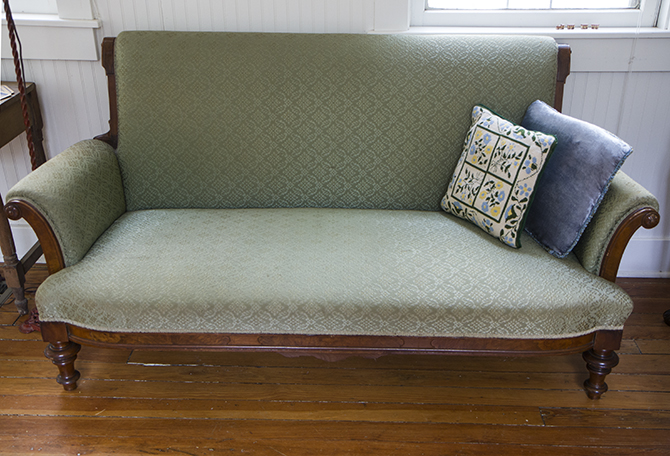 Pilot precise V5 pen with extra fine point
“This is the writing pen I prefer above all others. It took me years to discover it, and it is perfect for me. As a grad student, I used to use vintage fountain pens, but the ink line was too thick and difficult to control. This Pilot writes like an old-fashioned fountain pen, but it creates a nice, slight line and I have a lot of control. When I do research at archives, museums, and libraries, I use it not only to take notes but also to make sketches of items when I am not allowed by the institution to take photos. As for writing, I do most of my composing on the computer. Then I print out the text and edit by hand using this pen. It is an important part of the editing process for me.” 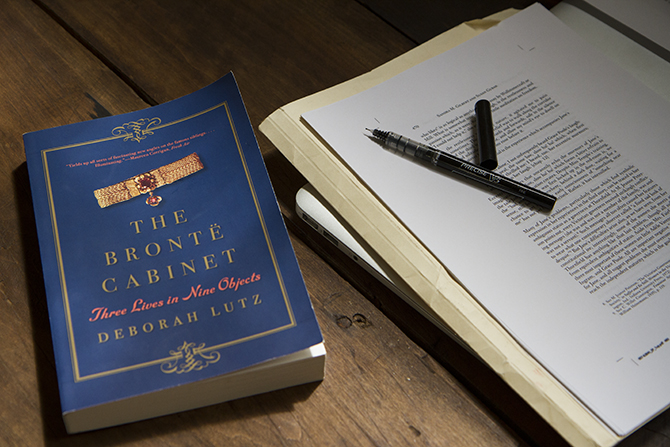