A Couple that Runs Together

A Couple that Runs Together 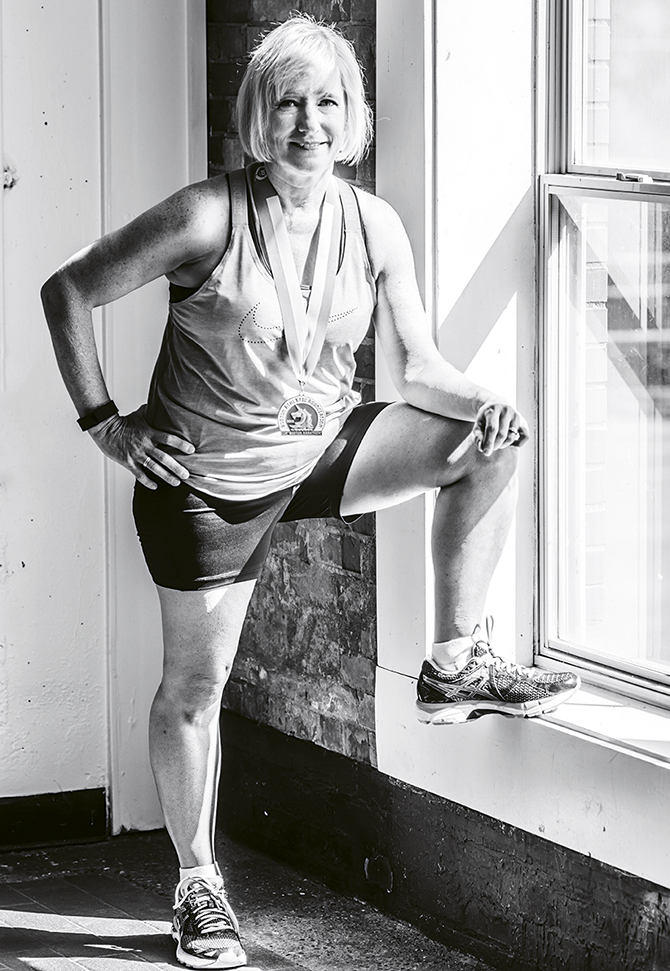 Accomplishments
Carol Bond has run in 40 races in the last 42 months. “My favorite was the Boston Marathon.
To gain entry into the Boston Marathon, I obtained a bid by raising money for a recognized Boston Marathon charitable organization. It requires an application and the selection process is very competitive. The New England Aquarium received over 100 applications for only 15 spots on the team. I was chosen to be part of their team for the 2015 Boston Marathon and ran the race with them. The fundraising requirement was $5,000 for each team member. We raised over $110,000 for the New England Aquarium.”

Motivation “My husband and I run together, which is very helpful.”


Philosophy
I repeat ‘you can do it.’

It Works
“In January 2015, I became very sick with a fever over 103 degrees. In the emergency room, I was diagnosed with sepsis and told that my condition had become life threatening. The doctors didn’t know what caused it or even how to treat it. After four days and lots of antibiotics, I felt better and was able to go home. The doctors told me that being in great shape physically made a huge difference in my recovery. He said without the exercise and healthy diet, the outcome could have been much different. He told me to keep running. Three months later, I ran the Boston Marathon. I took his advice and will always keep running!”

Up Next
My husband and I are running the New York Marathon in November 2016.

Have you ever run a marathon? Would you want to? Comment and let us know if it’s a goal for you or if you want to know more on how to get started!