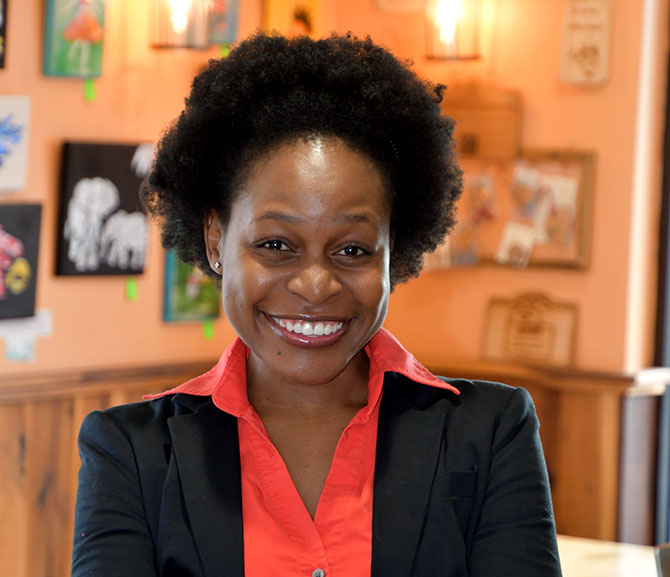 “In the back of my mind was always my mother saying ‘writing is just a hobby…you can’t do that…you have to have a career,’ which is why I got an undergraduate degree at IUS, and have since earned five Master degrees. But I always came back to writing. I find myself in writing, says Author Felicia Mabuza Nikon, whose first novel is titled July in September.

“I’m a female author who writes from a male perspective.”

Ten words. That’s all writer and Louisvillian Felicia Mabuza Nixon had to utter upon our introduction at a Mellwood Art Center Marketplace this past summer, where she was marketing her first novel July in September. I was hooked.

My first question to the South African native was, has she always written from a male perspective?

“I’ve written poetry from a male perspective since I began writing at the age of 12,” Felicia replies. “There’s something about describing a woman. There are just so many more adjectives about how you can describe the hair…the body…how it moves. That was always fascinating to me. In the back of July in September there is a poem titled Bare, with words like ‘envelop me with your hair…,’” she continues. “Being a vocal artist, I based that poem on a huge painting hanging in Highland Coffee Co. on Bardstown Road of two blue people who are embracing. You can’t tell where one starts and one ends.”

Although Bare was originally created at the behest of a poetry class assignment, Felicia realized that once written “it was a perfect tie-in to the end of July in September,” which if you haven’t guessed by now, is not a book suitable for children.

“And that’s the main reason why I like writing from a male perspective, because I can be anybody I want to be…..as crass, as loud, and as vulgar and aggressive [as] I want to be. Because I could never be those things in real life…I never have been. Writing all those sex scenes was a way for me to exercise my freedom. The [real] world [that] I live in is nothing like those scenes at all. You won’t find me in any of those words, which is why it’s hard for people who know me to read this book.” 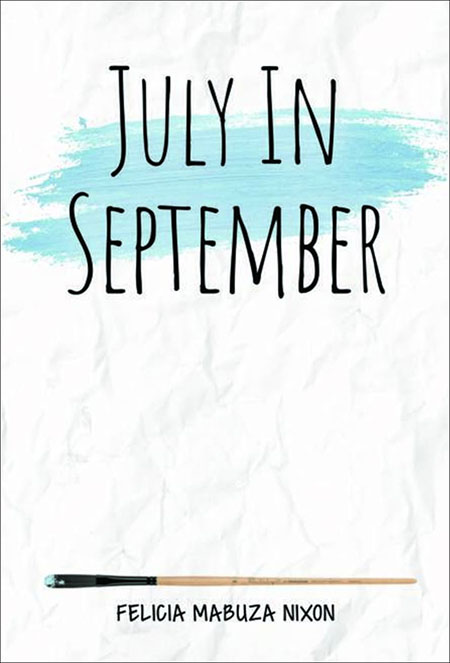 To that end, Felicia’s own mother who, like the rest of her family, still lives in South Africa, is not allowed to read the book. “It’s a whole other world that I’m not ready to introduce her to,” she says with a laugh.

“People are more open minded in America, especially about sex … women being able to express their sexuality and be a feminist in that way that you can be, and not be ashamed, like July” — the college-aged and unabashedly assertive female the book’s protagonist Dorian becomes involved with.

Felicia agrees that perhaps a portion of that American open mindedness with discussing the topic of sex stems from the 1980s, when that subject was often the focus of daily talk shows.

As to the titular female character being a Black woman, Felicia explains: “Nikola Yoon is a famous romance author, who also happens to be Black. And recently I saw something she said during an interview about how when you read romance novels, the Black girl is usually the sidekick or comic relief. ‘Why can’t you have your own story?’ she remarked. “And this is what I’m trying to do.”

Asked to describe the allure of July in September, its author muses: “I want people to feel that intense feeling like one does when a teenager — when everything hurts really bad…you feel so much, and everything is urgent. When you become an adult, you get these callouses where you can’t feel things anymore. We’re now ‘head’ and less ‘heart.’ I just want to make people feel.”

P.S. Couple Elle Becker and Barrett Gargala discuss how things have changed for the better for the LGBTQ+ community.