“Everything I Ever Did Before Was to Prepare Me for This Time.” 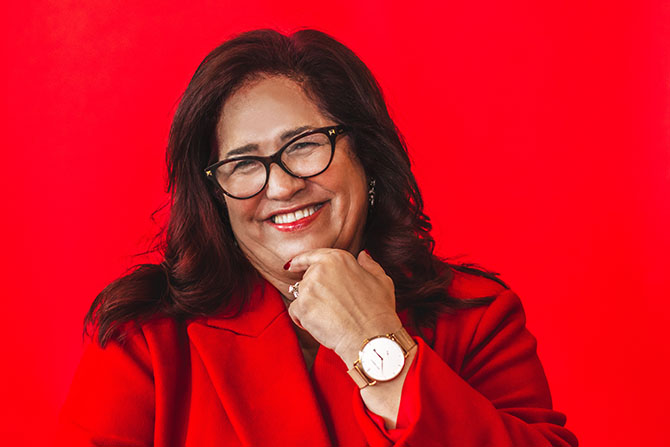 Marta Miranda-Straub, commissioner of the Kentucky Department of Community Based Services.

To be an effective social worker or leader in the area of health and family services, a person doesn’t have to have experienced upheaval or trauma themselves. But for Marta Miranda-Straub, commissioner of the Kentucky Department of Community Based Services (DCBS), her childhood in Cuba and life under a dictatorship prior to the revolution had a tremendous impact on the trajectory of her life. “I was eight years old when the revolution happened, and I saw the hope of transformation,” she says. She was one of the child pioneers of the 100 percent literacy campaign: “I got to teach cigar makers, factory workers, farmers, and sugar cane cutters how to read and write,” she says. Her love of helping and educating people began then and has carried her through almost 50 years of service.

The work Marta has done is extensive and varied. “I cut my teeth as a social worker at age 20,” she says, working with Vietnam veterans in the days before PTSD even had a name. She saw what trauma can do to good people’s psyches and relationships when she was still getting her formal education. Her work with Haitian refugees who were often denied asylum because they were Black and poor helped her recognize the need for humane immigration reform. She thought she might retire quietly in 2018 from her role as chief empowerment officer for the Center for Women & Families. After implementing her succession plan, she wrote a memoir, got a half-sleeve tattoo, and was ready to buy a condo at the beach.

And like all interesting stories from the last 18 months, COVID-19 happened, and Marta’s plot changed direction. She had been asked by Governor Andy Beshear to head up the cabinet following his election and had declined, but in June 2020 when she was asked a second time, she accepted. “It was a values call,” she says. “I wanted to bring whatever I had and give it all to this state that I adore,” she says. Between the pandemic and the unrest following the death of Breonna Taylor, Marta knew she would need every ounce of her experiential wisdom and fortitude. “Everything I ever did before was to prepare me for this time,” she says.

Marta is the first Latina to hold such an important position in Kentucky, and it is a role she takes seriously and does with humility. Every day she and her staff are committed to making headway in terms of equity, trauma, families, behavioral/mental health, and organizational excellence, but she recognizes that simply being in a leadership position as a woman who came to the U.S. as a political refugee with her family is part of her role as well. “Crisis brings out the best or worst of our character, and I am challenged to provide the vision and forge strategies to survive and thrive during these times,” she says.

P.S. National Hispanic Heritage Month continues through October 15, as Americans honor the history, heritage and contributions of the Latinx community. Take the time to learn about other local Latinx leaders and influencers who are helping make our city great.