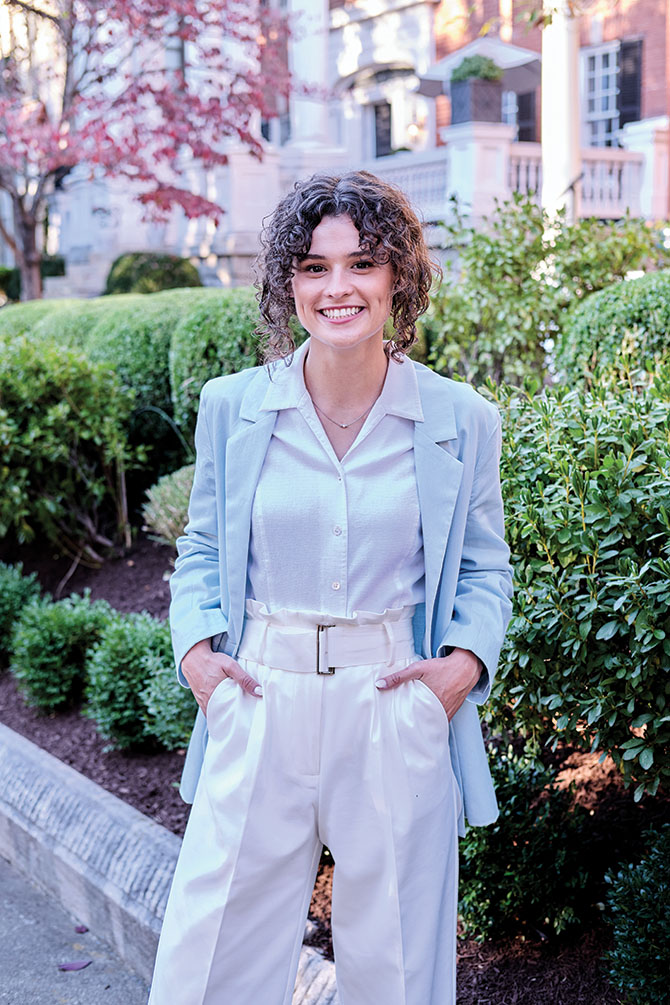 Serena Haming, director of the Live a Dream program of the nonprofit Trilogy Foundation, fulfills seniors’ wishes, both big and small.

Serena Haming says she’s an out-of-the-box thinker. As a Presentation Academy student, she studied for five months in Australia. As a business marketing major at the University of Louisville, she helped start the Kappa Alpha Theta sorority. “I feel like I’ve always been surrounded by a lot of strong women that have pushed me to try something new,” she says.

So in the fall of her college senior year as she wrapped up an internship at the Trilogy Foundation, the nonprofit arm of Trilogy Health Services, which runs senior living and long-term care facilities in four states, she told Chief Engagement and Innovations Officer Todd Schmiedeler that her dream job was to work, not with seniors, but with Make-a-Wish, the international foundation that grants the wishes of critically ill children. Todd responded with a challenge: Trilogy had a similar program for seniors — Live a Dream — that had been fledgling. Would Serena take a crack at reviving Live a Dream, helping seniors fulfill bucket list wishes?

She signed on, and one of her first challenges was to arrange a hot air balloon ride for a woman named Donna, who was confined to a wheelchair — no easy task. But Serena found a pilot with an accessible basket, worked around Donna’s dialysis appointments, unpredictable late fall weather, and Donna’s husband, whose fear of heights almost prevented him from accompanying her. And at the crack of dawn on a chilly morning, Donna finally got to soar above the Indiana treetops. When she landed, Serena recalls, Donna cried with joy and said she felt at peace, no longer afraid. Donna passed away a few weeks later, and, Serena says, she realized, “I have to do this forever. I don’t know what this job entails, but this has to be repeated.”

Now Serena has fulfilled wishes big and small — honor flights of World War II veterans to Washington, DC, a University of Kentucky basketball practice for a man who had played for the team more than 70 years ago, ziplining adventures, and a KISS concert for a longtime fan that included meeting the band. COVID-19 has again allowed Serena to use her out of the box thinking to create a virtual choir and pen pal programs.

Seniors learn their wishes are to be fulfilled in “dream reveals.” “That moment for me is pure joy,” Serena says. “This older generation is super humble. They’re never really expecting something to be for them. They’ve just given back their whole lives.”

With Trilogy’s support, Serena is halfway toward receiving an MBA from Purdue Global. Making such an impact on seniors’ lives, Serena wants to continue to grow Live a Dream — with a national focus — out of the box, and beyond.