Gifts To Our Community: Survivors’ Corner 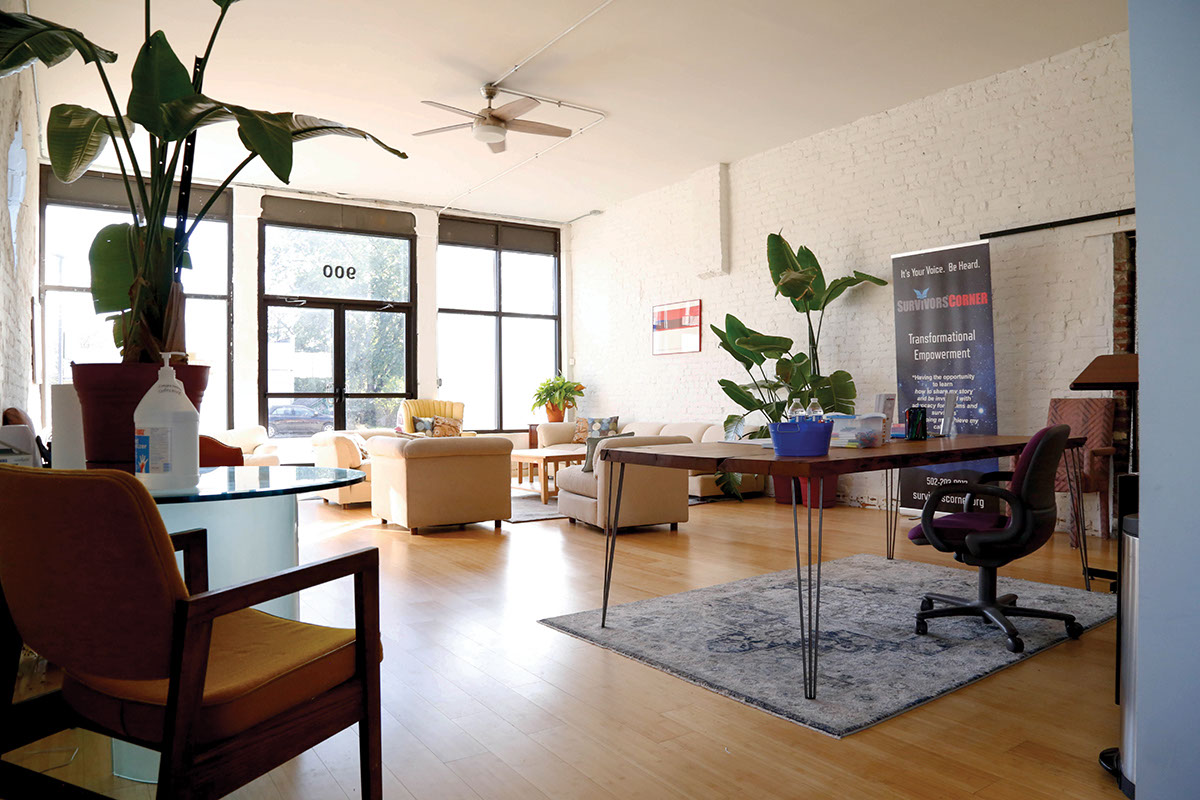 Survivor’s Corner helps anyone who has experienced any form of trauma. Donna Pollard started this organization after she herself began sharing her personal experiences.

Turning Trauma Into Purpose
Donna Pollard created Survivors’ Corner in 2017 after beginning to speak of her own experience as a person who was abused as a child and then became a child bride. “Everything I’d gone through was preparing me to be able to give back to the community and reframe trauma into purpose, so that other people would never have to experience that level of abuse through legal loopholes,” she says.

Initially, she facilitated support meetings, which then led to an affiliation with the University of Louisville’s Kent School of Social Work that helped her put together additional support groups and workshops. “It took off from there,” she says. Survivors’ Corner continues to build partnerships with other agencies and organizations. “We’re part of the Community Advisory to the Trauma Resilient Community grant that the city was awarded,” she says. 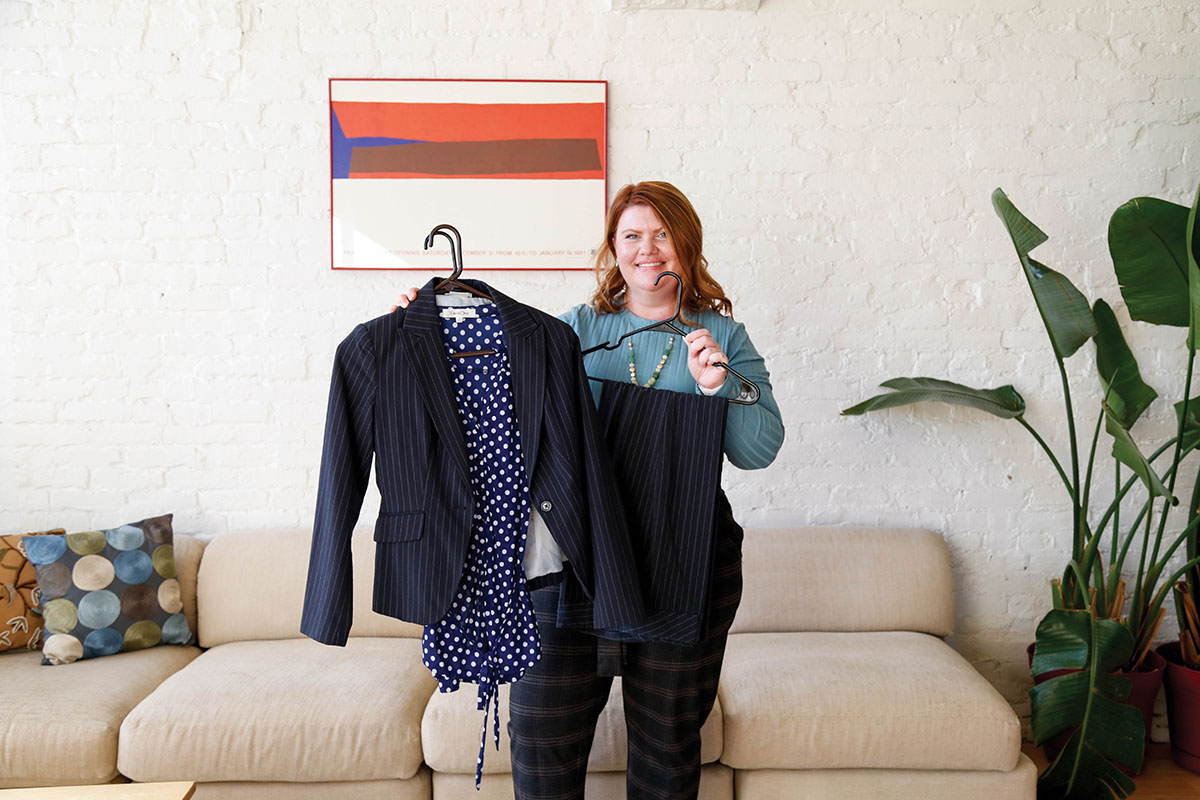 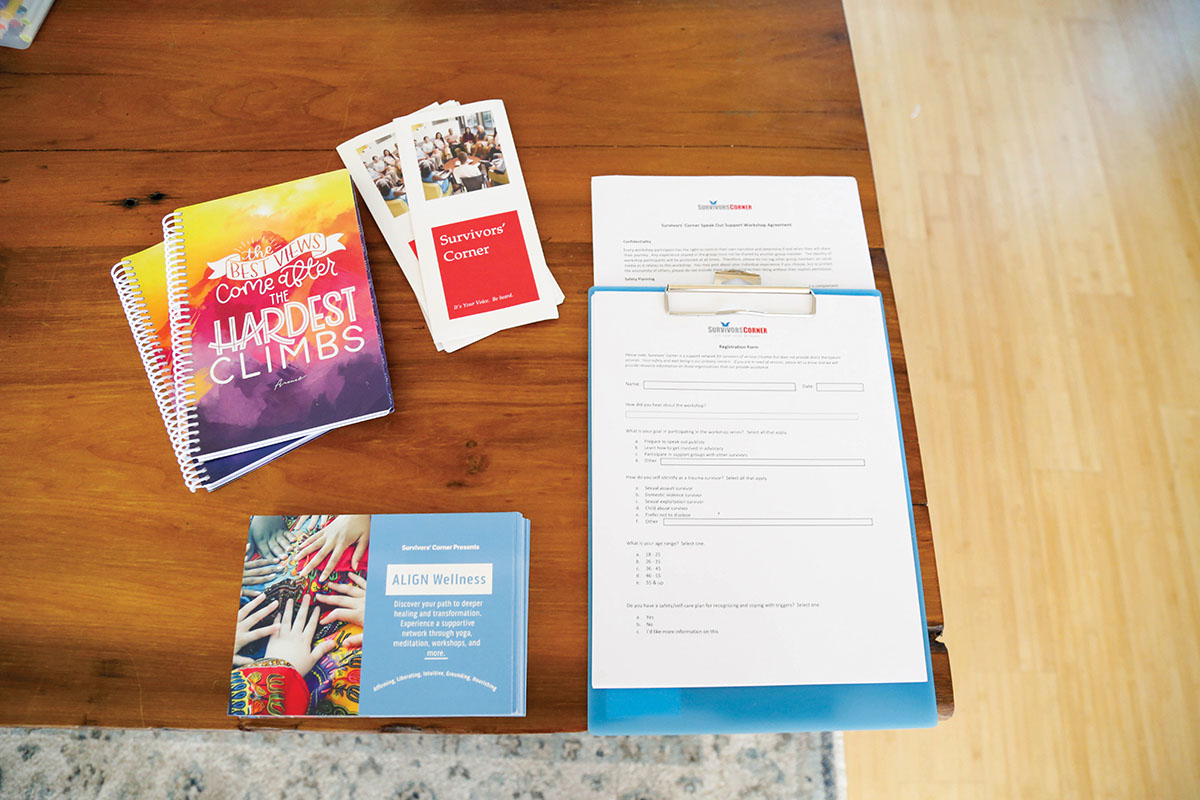 SURVIVORS’ CORNER HELPS INDIVIDUALS WHO HAVE EXPERIENCED ANY AND ALL KINDS OF TRAUMA.

Survivors’ Corner helps individuals who have experienced any and all kinds of trauma. Many people who attend support groups and workshops are adult survivors of child abuse who have then experienced trauma from human trafficking or sexual assault. Peer mentorship opportunities are critical for trauma survivors as they work through their own recovery. “A big part of the healing journey and self accountability is being able to become a peer mentor and leader to others,” she says. “We help survivors change the narrative around what a victim looks like.” 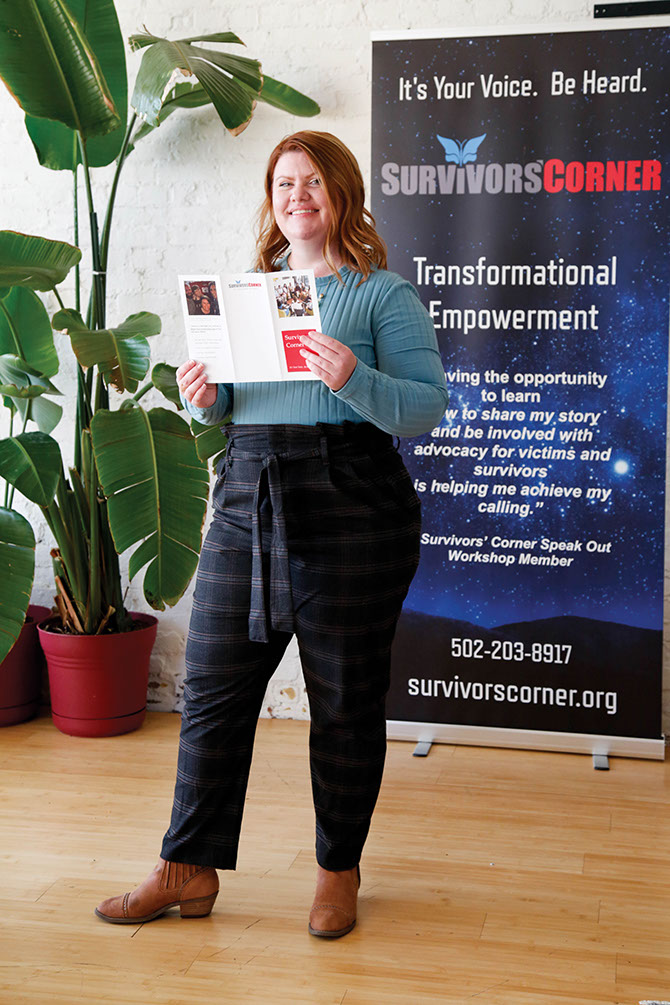 In addition to workshops, yoga classes, and support groups, Survivors’ Corner is focused on legislation both in the state and across the nation. Some legislation is aimed at ending child marriage, while other work is aimed at the statutes of limitations for child sexual abuse cases.

One of Donna’s goals is to strengthen the approaches to young people who have been abused or are in juvenile detention. “Our vision is to have all professions that are handling these cases speaking the same trauma-informed language,” she says. “We want to minimize additional harm to the child once they are in the system.” As an individual who has not only survived childhood trauma but thrived beyond it, she knows the importance of giving survivors an opportunity to heal with the support of others who have gone through similar experiences.

P.S. Check out other organizations we featured as Gifts to Our Community.