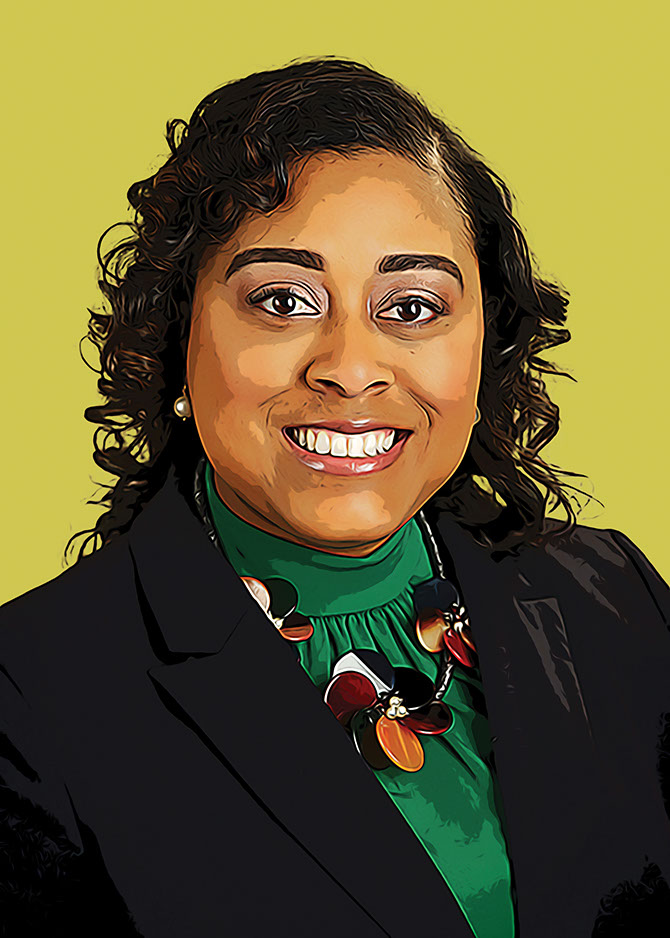 Angie M. Evans spent over 25 years leading others in the public and private sectors before her current position as vice president of corporate responsibility and community affairs at LG&E and KU Energy.

Power, like women, is not a monolith; it comes in many forms. How women harness their power is as complex as the female species itself. Some lead by example, some take risks, some are not afraid to show their strength, others stay humble and behind the scenes. What all these PowerHouse Women have in common, however, is passion and the uncanny ability to turn a dream into a reality. They all believe in what they do and use that sense of purpose to become the best in their industries. Meet one of the six PowerHouse Women featured from the Louisville area who work to inspire others, cultivate change in their fields, and blaze trails wherever their leadership gifts guide them.

After earning her Juris Doctor of Law degree from the University of Kentucky, Angie M. Evans spent over 25 years leading others in the public and private sectors. Before her current position as vice president of corporate responsibility and community affairs at LG&E and KU Energy, she was vice president of community leadership at the Community Foundation of Louisville. Before that, she served as director of planned giving at the University of Louisville and spent eight years in the financial industry as a vice president and private banker at National City Bank (now PNC). Evans’ career began in the public sector, where she worked as special assistant to Louisville Mayor David L. Armstrong and as the director of Affirmative Action.

HOW DID YOU REACH SUCCESS?

My success has been a long winding road, and the commonality has been my commitment to building positive relationships and helping others.

While I’ve never considered myself as “powerful,” I know that I have the power of influence and impact at this point in my life and career. That is purposeful.

I serve on the boards of two foundations and am a member of the One Louisville Fund, which raised and deployed $11 million since March in response to COVID-19.

HOW DO YOU USE YOUR POWER FOR GOOD?

I live by the words of Luke 12:48: “To whom much is given, much is required.” My current professional and community work allows me to be a decision-maker around community investment and social capital. I currently serve on seven boards for organizations that are important to me. My voice and perspective are important around those board tables. At times, I must be the voice of the underrepresented, and I take that responsibility very seriously.

ANGIE IN THE COMMUNITY

P.S. Read about the other PowerHouse Women in the October issue.