Parenting in a Pandemic

What Kids Need to Navigate These Unchartered Waters

Over the course of the last few months, our collective focus has been on protecting those who are most at risk to suffer the effects of COVID-19: The elderly, people with compromised immune systems, and those with underlying, chronic health conditions.

And while those populations have warranted the spotlight, there’s another vulnerable group dealing with the effects of a global pandemic who have been largely overshadowed … kids.

“Kids are in need of special support,” says Kelly McGraw Browning, PsD, a licensed clinical psychologist and owner of Pediatric Psychological Associates. Browning, who sees patients age 2 to 18 at her Louisville practice, says the effects of the lockdown — sudden changes to routines, schedules, and social isolation — can leave children feeling tense.

“The first few weeks after school was canceled, so many kids were stressed and anxious about the big changes to their day,” Browning says. “Kids were worried about catching the virus, people they love getting sick … on top of dealing with a big change of schedule and routine.”

Browning says her patients who already deal with underlying conditions like anxiety, depression, or ADHD found their symptoms exacerbated in the midst of all these changes — even if they didn’t entirely understand what the changes were about. “A lot of the younger kids I’ve seen have had an increase in symptoms and behavior problems — acting out, fits, tantrums — even if they didn’t know what was going on,” she says.

What the younger ones did know was that their daily routine had changed, from going to preschool and having playdates to being home with the whole family all of the time. “Families had to prioritize things like their job situation to help the kids who were in school; to deal with job loss and generally worry about adult matters,” Browning says. “I think that explains a lot of the younger kids’ behavior. They don’t understand what coronavirus is, but they can sense that something is wrong.”

Julie Ciriano, LCSW, a therapist with Meridian Integrative Wellness in Louisville, says the teen and college-age clients she works with have handled the changes relatively well during the pandemic because, “They have the support systems in place.” But she adds, “I’ve seen the ones without a strong support system really struggle with this.”

Older kids, who may have a better understanding of why the changes to their routines were made, still may have had difficulty as time went on and they began to miss seeing their friends, teachers, and other adults, like grandparents, in person. The lack of extracurricular activities in the form of team sports, church youth groups, and clubs may have played a factor in some of the older patients Browning sees feeling depressed.

“I think the impact of not having spring sports — no exercise, no stress relief, they missed seeing their teammates — factored in kids feeling upset,” Browning says.

Ciriano echoes that, “The loss of school, seeing friends, their work … it leaves them with a lack of purpose.”

Still, Browning points out, the silver lining in forced isolation is that it has shown the importance of human connection. And it forced inventive solutions for commemorating important milestones, occasions, and traditions so kids didn’t feel like they were missing out entirely. Virtual graduations, birthday caravans, and sidewalk chalk art have become popular ways to get together when we have to be apart.

“This whole situation has caused a lot of people to be creative, to find creative ways to celebrate. I’ve been so impressed by that,” Browning says. “That’s a good thing that came out of this.”

Ciriano adds some kids may still need time to grieve for those milestones, no matter how creative the celebration. “They may still feel sadness, mad, confusion,” she says. “Let them know they can feel however they want to feel.”

Another milestone coming up in the weeks ahead is the start of a new school year, an occasion that can fill any child with a mix of anticipation and dread in the most normal of situations, but especially in a time when there’s no blueprint for what the school year will look like for preschool to college.

Ciriano advises parents to validate their kids’ apprehension about the knowns ahead. “It’s ok for parents to say, ‘I don’t know what the future holds, but it will still be fine,’” she says. “Let them know whatever they’re feeling is OK. Just offer lots of encouragement and let them know that while it’s going to seem weird for them, it’s also going to be fine.” 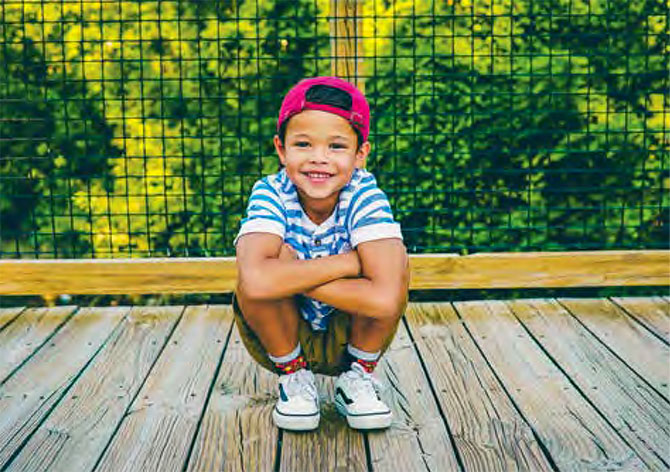 What can parents do to help their kids manage their feelings?

• Answer your child’s questions honestly. Most children are aware of what’s going on to some extent, so ask them what they understand. Be supportive of their curiosity.
• Minimize televised news.
• Discuss adult matters privately to avoid increasing your child’s stress.
• Build structure into the day.
• Encourage virtual communication with the friends and family they can’t see in person. Rethink screen time limits for video games and appropriate social media, perhaps allowing a little more leniency to accommodate the social benefits of virtual connection. But still keep that time supervised. “You don’t want them living in a virtual world either,” Ciriano adds.
• Model good behavior for rules like social distancing when you do go out.
• Get the family out of the house for activities and exercise.
• If parents are comfortable, let kids resume participation in group activities, like team sports, within prescribed guidelines.
• Self-care is important for parents. “Don’t forget to take care of yourself so you can take care of your kids,” Browning says.
• Get help if you need it. Children experiencing changes in sleep patterns, appetite, personality changes, or issues getting along with others that aren’t resolved through normal coping mechanisms may benefit from a professional evaluation.

P.S. More advice for parenting in the midst of COVID-19.