Gifts to Our Community: Actors Theatre of Louisville – Performance and Training 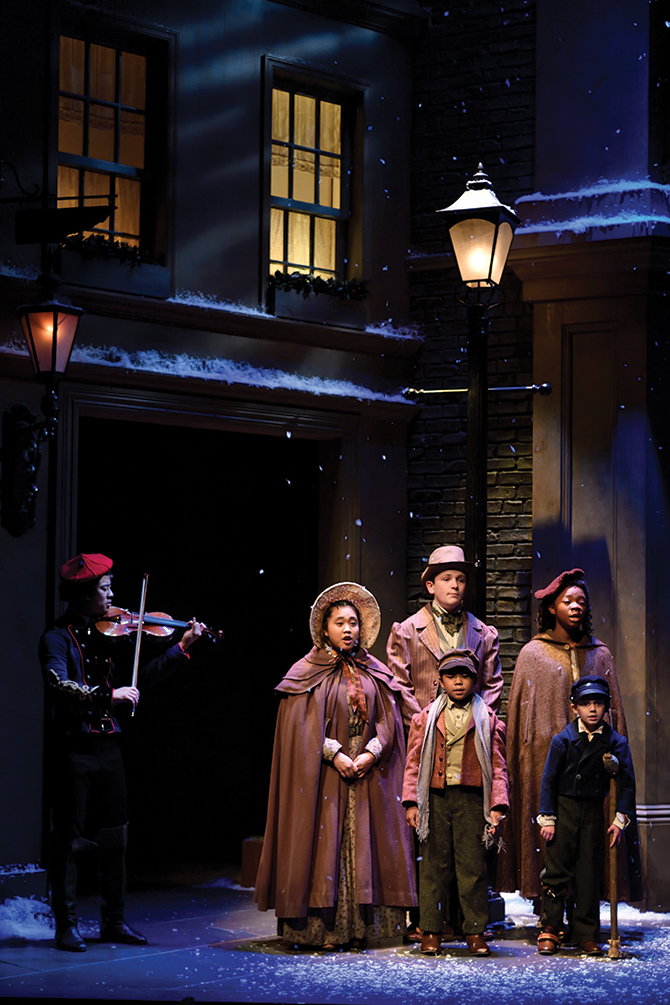 Actors Theatre of Louisville (ATL) has been giving the gift of high quality dramatic performances to Kentuckiana audiences since 1964. “We are one of the nation’s largest regional theaters, and we lead the way in innovative new works,” says Melissa Hines, the associate director of marketing.

Actors serves as a home for both the new-and-fresh and the tried-and-true in dramatic arts. In the spring of 2020, Actors will host the Humana Festival of New American Plays, which shines a light on new faces and voices in theater. But Actors also serves as the home of some much-loved productions, including Fifth Third Bank’s A Christmas Carol, which is celebrating its 44th season this year. “We have the second longest running production in the country,” Melissa says.

Over the years, Actors Theatre has worked to make theater-going a habit by introducing students to plays. Its student matinee program, which is sponsored in part by Yum! Brands Foundation, welcomes over 10,000 students each year. In addition to being entertaining and thought-provoking, Melissa says these performances remind young people that the arts are for everyone.

But performance is not the only way in which Actors Theatre gifts the city and region. Melissa says each season Actors employs close to 200 people. As an Actors’ Equity Association member, Actors Theatre hires actors and stage managers who work in the trade and provides them a living wage. “We’re really delighted to employ quite a few local actors,” she says.

Actors Theatre also hosts a professional training company, which gives young people who are just beginning their professional lives the opportunity to learn a wide range of skills, from acting to props to administrative duties, that will help them advance in the field. “It’s a wonderful blend of early career professionals with local actors who are committed to this community,” Melissa says, “and a national field of professional actors, [which] makes for a really exciting rehearsal and performance experience.”

P.S. Have you hit a gift-giving block? Checkout our gift guide for some ideas.